Bill Is Shot From Behind by a Mystery Assailant

Tuesday March 6, 2018: Katie and Wyatt react to legal papers, Pam knows how Stephanie would deal with Bill, and Ridge contemplates being arrested. 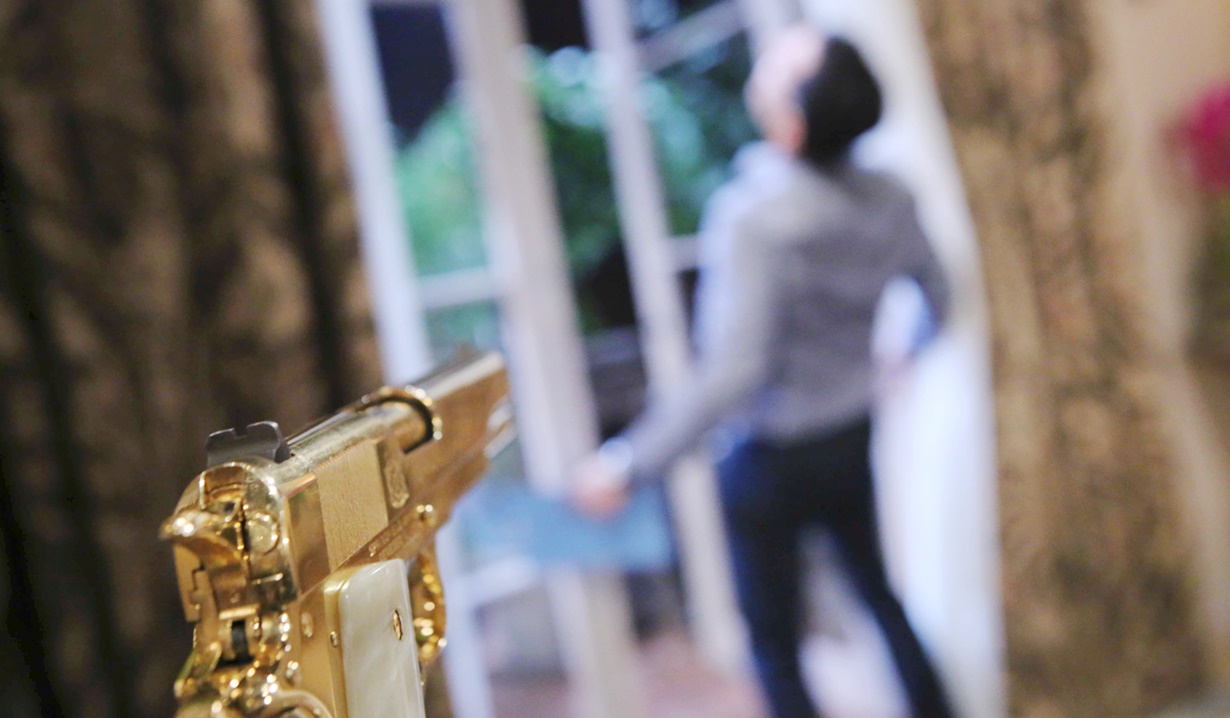 As the wind whistles ominously outside, inside Bill’s house, he informs Ridge that Steffy wanted him the night they were together. Bill reveals he proposed, and says he and Steffy will be together. Ridge growls that he’s insane. Bill insists Steffy was his before she even met Liam, and will become his wife.

At Steffy’s place, Brooke wonders if Bill pursued Steffy out of revenge for her marrying Ridge. Steffy dismisses that – Bill has feelings for her from years ago. She only wants Liam, and has a good feeling he’ll come home. At the Forrester mansion, Quinn complains to Eric that Bill thinks he can control everyone. She fumes, “Not this time!” Quinn rants that he called her twisted, but Bill’s a cancer. She vows, “I will take him down.” Eric worries what will happen to him if Quinn does something she can’t take back. Quinn has to leave and get this out of her system. Katie answers her door and is served with notice that Bill is suing for full custody. Wyatt mutters grimly as Katie reels. Wyatt grabs Katie and assures her he won’t let his father take Will; he won’t take anything from them ever again. Katie panics that Bill plays dirty. Wyatt reiterates that his father’s not taking anything. Wyatt exits after saying no matter what he has to do, he won’t let Bill take Will from Katie.

At Forrester Creations, Pam tells Charlie, Rick, and Maya that Stephanie would have made sure Bill never touched Steffy again. Charlie worries Pam’s over-reacting and predicts she’ll see things more clearly once she’s back on her meds. Pam feels she’s seeing things very clearly. Maya and Rick fume about Bill as well, and Rick declares that it’s time someone stood up to him. Pam decides something aside from Stephanie could, and rushes out. Rick thinks Pam is right. He won’t allow Bill to hurt another Forrester again. He’s done as of tonight.

At Spencer Publications, Jarrett complains about Bill to Justin. He drinks Bill’s scotch and rambles before vowing Bill will regret letting him go. Once alone, Justin sits in Bill’s chair. Emmy, (played by Sheryl Underwood), arrives with an update on Bill’s legal proceedings regarding his sons, and admires Justin looking so powerful. After, Justin muses, “Justin Barber, finally at the top.” At Bill’s house, he takes a call from Justin, wanting to know if he signed the papers disowning his sons. Bill is dealing with Ridge, but will sign them soon. Bill disconnects and threatens Ridge with arrest. Ridge warns he might get arrested, but not for trespassing. After Ridge exits, Bill’s security cameras fail and the gate opens. Bill flashes through all the horrible things people have said to him, as a shadowy figure makes its way up the driveway. Bill opens the terrace doors. His gun is on the desk inside. Suddenly, the house goes dark, a gunshot rings out, and Bill falls to the floor.

Katie receives a shock when she goes to Bill’s house.

Liam Learns Bill Was Shot and May...