Pam’s Behavior Becomes Erratic As Her Concern for Steffy Grows 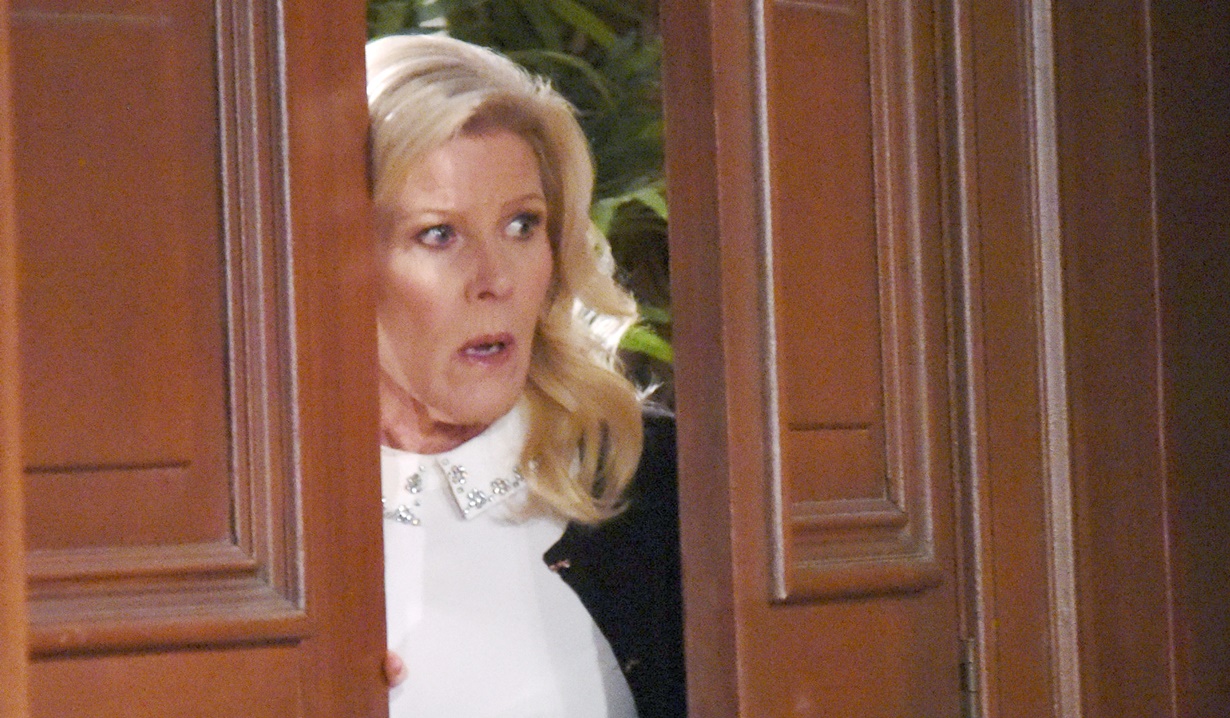 At Forrester Creations, Ridge grumbles to Brooke that Bill would stay away from his daughter if he were honorable or sane. In the corridor, Pam is going crazy trying to figure out what would make Steffy and Liam both so unhappy. Charlie frets that Pam’s off her meds – she needs them. Pam’s in knots about Steffy – there has to be something she can do.

In Malibu, Bill is exasperated by Steffy’s protests that he ‘can’t’ be there. He doesn’t think Liam is coming. Bill asks her again to marry him, but Steffy insists she loves Liam, and becomes more frantic about getting Bill out of there. Bill insists there could be something between them, but Steffy tells him he’s not listening and it’s exhausting. She knows he’s hurting and alone, but she’s not the answer. Bill predicts she’ll look back on this night and wonder how everything went so wrong. After, Ridge calls, learns Bill was there, and wants Steffy to get out of the house. At Forrester, Pam overhears Ridge holler to Brooke that Bill at at Steffy’s trying to take advantage of her again. Ridge asks Brooke to get Steffy out of the house, and takes off. After, Charlie realizes Pam is upset just as Rick and Maya enter the office. Pam, beside herself, blurts that Bill took advantage of Steffy and broke up her marriage to Liam.

At Il Giardino, Sally and Shirley are with Saul, who is spending his birthday money on them. They try to spot the notorious Sheila Carter, and talk turns to Bill. Sally feels he wants to destroy her. Shirley remarks that back home at the bakery she was out of harm’s way. Sally says she was also miserable. Saul asks the waitress if she’s Sheila. She responds that Sheila went to take care of something. Sally goes on about the lengths Bill’s gone to, to ruin them. Saul could kill him. Sally kisses Saul’s cheek. “I love you, Saul.” She decides to go do something about Bill instead of complaining. Brooke arrives at Steffy’s place and wants to pack up the dinner, as Ridge doesn’t want his daughter spending one more night in Bill’s house. Steffy’s not afraid of Bill. Brooke admits Ridge had an out for blood look in his eyes; she’s worried about what might happen next. Steffy reveals that Bill won’t be back – he got his answer. Brooke wonders what was the question? Steffy reveals he asked her to marry him.

At home, Bill fondles his golden gun before looking at some legal documents. Ridge arrives. “I told you to stay away from my daughter!” Bill hollers they had a conversation, that’s all. Ridge yells, “You’re not going to hurt my daughter anymore.” They scuffle, and Bill punches Ridge, who glowers up at him. Bill intones, “Steffy wanted it. And what she wanted, I was more than happy to give her.” 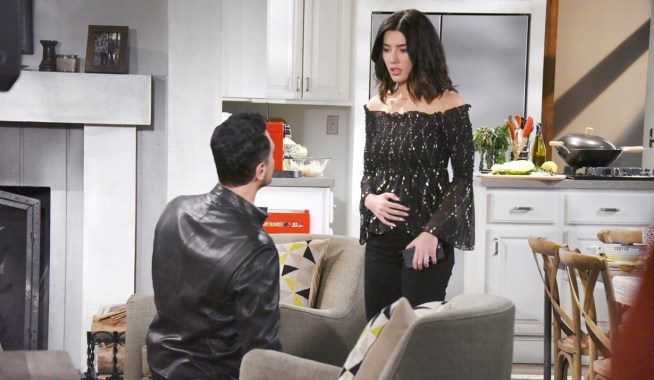 Bill Proposes to Steffy As Someone Watches From Outside

Bill Is Shot From Behind by a Mystery Assailant 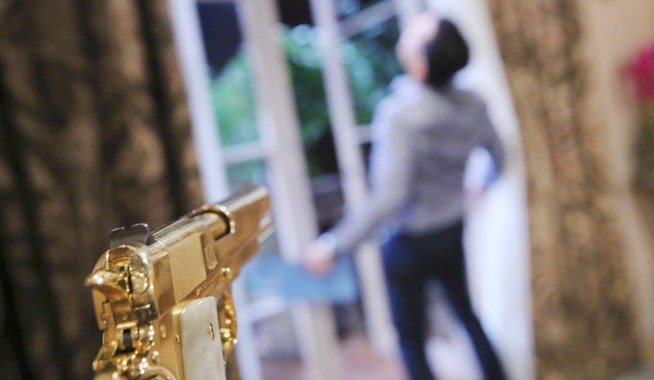