Wednesday February 28, 2018: Eric and Quinn react to big news, Bill and Ridge square off, and Hope and Liam will always love each other. 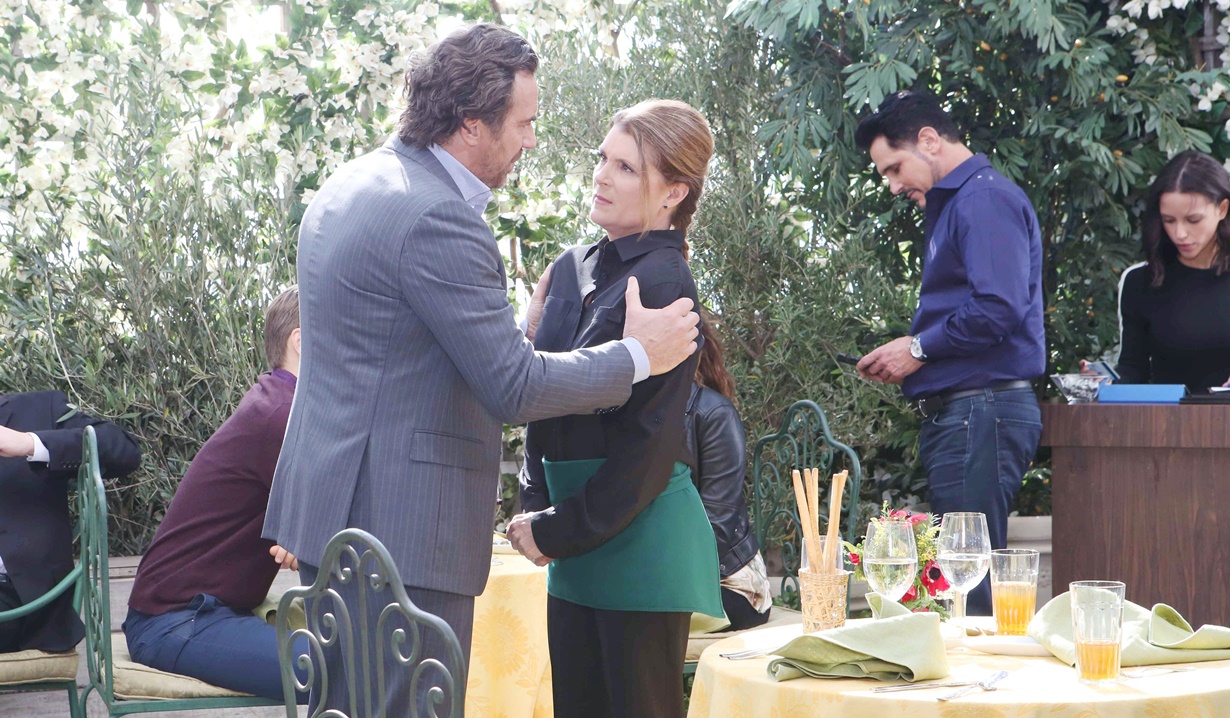 At Katie’s house, she’s frantic over Bill’s threat to take Will. Shaking and upset, she tells Wyatt she hates Bill. Wyatt won’t let him take Will. They embrace as he reiterates the only thing that matters is their future. Quinn and Eric arrive. Wyatt asks Quinn not to freak out like Dad did, and reveals he asked Katie to marry him. Katie adds, “And I said yes.” Quinn starts to object, but Eric halts her by reminding her the family boycotted their wedding. “Give him what we didn’t have.” Quinn grants them her blessing. Wyatt reports things got ugly with Bill, and fumes that he stood by him after what he did to Liam and Steffy. Eric asks for clarification. Wyatt reveals that Bill ‘comforted’ Steffy by having sex with her. Eric freaks out that Bill came on his property and forced himself on his granddaughter. Quinn works to calm him as he seethes, “I hate this man!” If he was younger, he’d get rid of Bill.

At Il Giardino, Sheila eavesdrops as Bill informs an incredulous Justin that he’s going for full custody of Will and that Wyatt will lose his place in the company. Sheila tells Jody (played by Jessica Graff) she’s glad she’s back, then notices Steffy and Ridge sit down. Bill is ranting about Sally when he spots Steffy. Ridge sees Bill and wants to go hit him in the face. At Bill’s table, Justin’s concerned about him alienating two of his sons so quickly. Bill plans to groom Will, and if he meets his maker before then, Justin can take over. Ridge approaches Bill. “Stop staring at my daughter.” Ridge tells him to leave. Bill stands. “Or what?” Steffy, Justin and Sheila intervene. Ridge sends Steffy ahead of him, then threatens to hurt Bill like he’s never been hurt before. Bill goes, and Ridge invites Sheila to do what she does best and kill Bill Spencer…before he does.

In Liam’s hotel room, he tells Hope he’s glad her line is back…and that she’s back. Liam mentions her reaction to the ultrasound photo – he knows it’s not easy. Hope shrugs; they can’t hide from their history or him having a baby. She acknowledges it will hit her hard, but she can handle it. She worries about being a distraction, but Liam reassures her. Hope brings up the annulment papers. Liam thinks Steffy signing them is just a formality, but admits to being confused about his wife due to the connection between them now. He feels at peace with Hope, however, and doesn’t want that feeling to end. Talk turns to the kind of man Bill is, and Liam feels he should have walked away from him and Steffy both. “We’ll have to make better decisions going forward.” Hope prompts, “For everyone involved, including your wife and your daughter.” Liam doesn’t think he has to stay married to Steffy to be there for them. Hope lets him know she’ll always love him. Liam will always love her too. 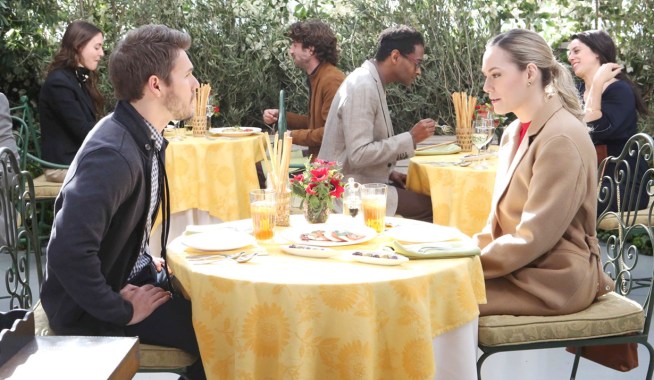 Bill Disowns Wyatt and Vows to Take Will From Katie 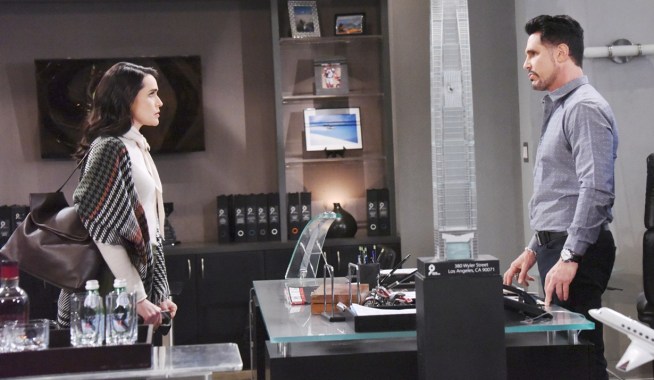