Steffy Decides Ridge Deserves to Know the Truth About Her Marriage 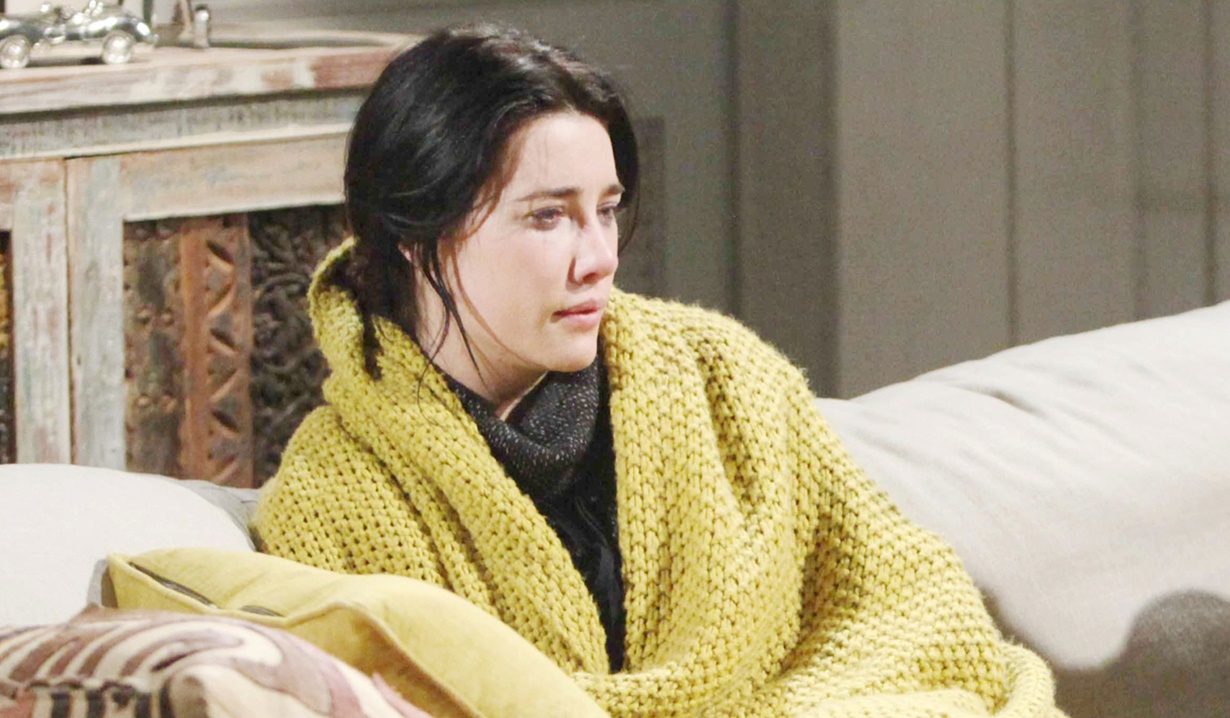 In Bill’s office, he’s not thrilled to see Ridge. The Dressmaker says he’s there to thank him for signing the annulment papers, and grunts about his daughter being married to Bill’s son so they’ll have to get along on holidays. Bill barely reacts, which causes Ridge to observe that he’s strangely subdued. He asks if Bill has a new woman. Bill sends him on his way. Justin joins Bill and warns him it’s only a matter of time before it comes out about him and Steffy.

At the Malibu house, Brooke digests the news that Liam walked out on Steffy and reflects that this will also affect Bill. “Does he know?” She goes on about Bill being fond of Steffy, more than she even knows. Steffy apologizes for not always being nice to Brooke, who has a kind heart. She urges the blonde to make her father happy.

At Forrester Creations, Rick, Maya, and Nicole fill Thorne in on the family meeting he missed and Ridge and Brooke’s wedding plans. Thorne guesses it wasn’t an oversight that he was left out. He rehashes his certainty that Ridge will hurt Brooke – he’s seen it a thousand times. Speculation turns to why Bill signed the annulment so easily. Nicole shrugs that maybe he has a new girlfriend. Later, Ridge and Brooke reconvene and he tells her about Bill’s strange demeanor. He asks if Steffy agreed to be Brooke’s Maid of Honor. She says the conversation didn’t end up going that way, and reveals there’s some trouble. “Steffy’s not in a good place right now.” Ridge is puzzled and concerned at the news Liam walked out. Brooke suggests he go talk to his daughter. In the studio office, Maya tells Thorne she knows he’s disappointed Brooke is marrying Ridge, but she hopes he’ll make her happy this time. After Thorne exits, Rick and Nicole reappear to discuss his reaction to Brooke’s wedding news. Rick figures he knew it was coming. Meanwhile, Thorne catches up with Brooke in the boardroom and questions her rush to get married. Brooke replies Ridge doesn’t want to wait; she hopes Thorne can be happy for her. He can’t do that, and the conversation turns to Steffy and Liam being over. Thorne’s surprised; they seemed so solid.

Ridge arrives at Steffy’s place. She’s happy for him that Bill signed the annulment. Ridge thinks he’s got a new woman. They get down to her marital woes. Steffy cries that she doesn’t want her father to hate her. Ridge wants to help. Steffy, pacing, decides he needs to know the truth.

Brooke Asks Steffy to Be Her Maid of...

Steffy Tells Her Father She Had Sex...