An Emotionally-Scarred Liam Ends His Marriage to Steffy 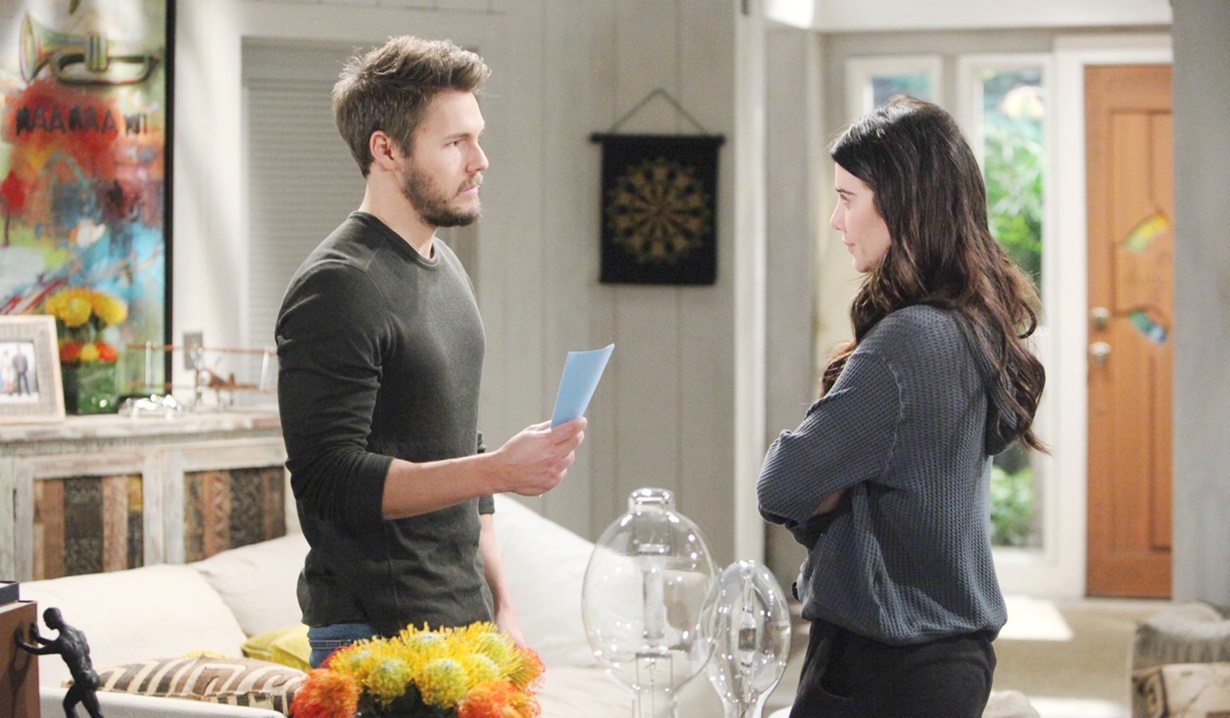 At the Malibu house, Steffy knows she’s asking the impossible, but she wants Liam to try to forgive her and raise their baby together. She presses that they have a chance to give their child better than they had; she doesn’t want to co-parent and pass their child back and forth. Liam reiterates that all he ever wanted was a family with her, but he can’t just put this behind him; his perception of her has permanently changed. What Steffy did is a scar that won’t go away, and Liam doesn’t see that changing. Liam declares that they will parent their child, but he has made a decision about how it has to be. As Steffy pleads he removes his wedding rings and produces annulment papers. He proposes coming up with a parenting plan as she sobs ‘no’ and begs him not to do this. Liam didn’t want any of this, and assures her she’ll be a wonderful mother and they’ll make parenting work, but not a marriage. He will never regret their time together and will remember all the good times. Steffy is left sobbing and holding the annulment papers as Liam stands outside.

In Forrester Creations, Hope informs Sally she’ll be there for Liam, whatever he needs. Sally wonders if she expected this, but Hope insists he’s not why she came back; she didn’t know Liam and Steffy were having problems and figures they’ll work it out – they always do. Sally notes the issue was very private; Liam didn’t even want to talk about it. They marvel over his decision to leave Spencer. Hope feels Bill must be livid. Sally recalls that Liam just seemed to have lost his spirit. Hope wants to know where he’s staying, but Sally’s afraid of upsetting him by divulging the information. Hope suspects there’s more to it, and asks if Sally had an affair with Liam. The redhead denies it – Liam is loyal and wouldn’t pursue another woman – though if he did, she’d like to be that woman. As Sally goes on, Hope realizes she has real feelings for Liam. Sally maintains that she doesn’t want his marriage to end, but if it does, she will be the one to make sure he’s alright.

At Spencer Publications, Bill complains to Justin that Liam wants nothing to do with him, Wyatt and Katie are angry, and Steffy, who did nothing to deserve this, is hurt. He goes on that Liam has to find a way to rise above this and forgive Steffy. Justin learns that Bill is proud of Wyatt for standing up for his brother, but he will convince him to stay on. “This is not the end of the Spencers.” Bill intones it will be a huge mistake if Liam doesn’t forgive Steffy. Justin muses about Bill’s commitment to reuniting Liam and Steffy – there has got to be a part of him that would like to step in and be there for her if Liam decides he can’t.

Bill’s decision comes as a surprise.

Brooke Is Shocked As Bill Signs...