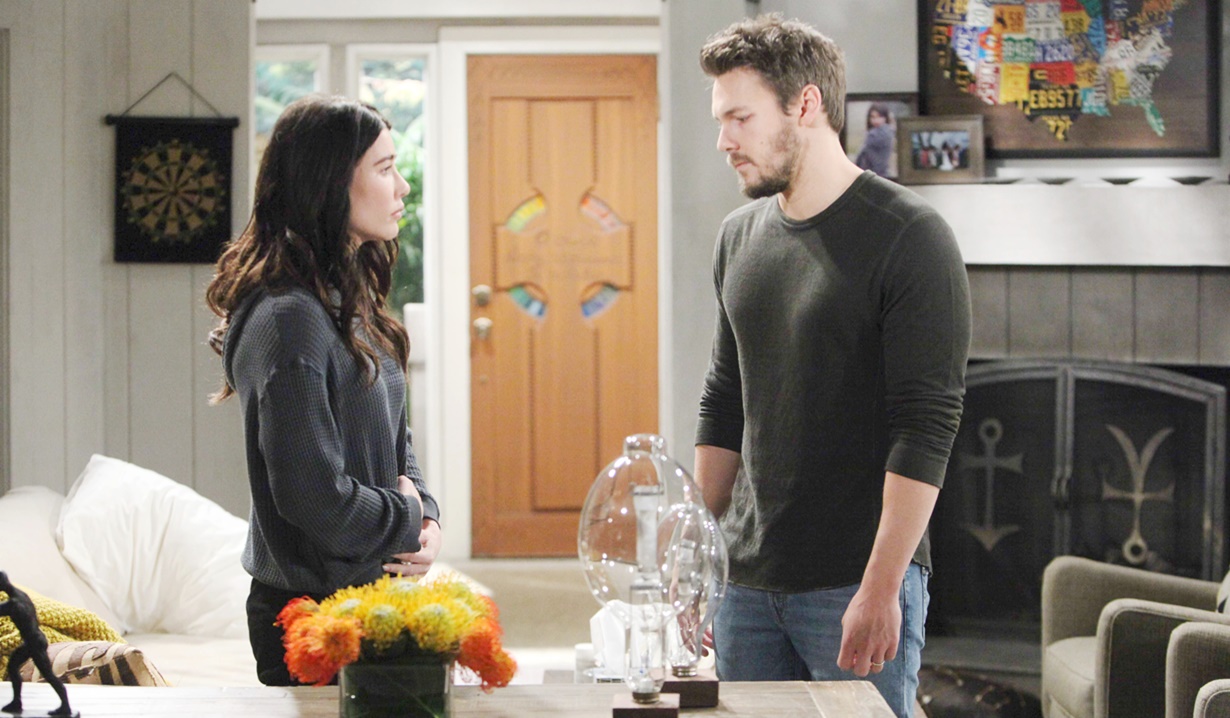 At the Malibu house, Liam informs Steffy that now there’s a baby on the way, they have to figure out a way to move forward as a family. Steffy’s face is suffused with relief and she nods. She asks, “Does this mean you’ve come home?” Liam confesses he always downplayed how much he wanted to be a dad so he wouldn’t pressure her or stress her out. Steffy wanted it just as bad. She wishes she could erase that night. Liam believes her regret, but it doesn’t mean he can forgive it and play the role of husband and father. Steffy presses him to think about what’s right for their baby. Liam says that’s exactly what he’s trying to do. Liam is glad his mother isn’t around to see him betrayed this way, and ruminates about what Steffy has taken from him. Steffy cries, “Don’t give up on me. Please! Don’t give up on our family.” Liam doesn’t see how he could stay there. Steffy begs him, if not for her, please do it for their baby. “Please forgive me.”

In Katie’s bed, she suggests to Wyatt that they invite Liam and Steffy over for dinner to talk things out. Wyatt coyly reminds her they don’t invite people over, because they’re not a thing. Katie teases she could invite all three of them over. Wyatt moans over his father’s involvement and wonders how Liam is supposed to get past that kind of betrayal. Katie reiterates that Liam has a huge capacity for forgiveness. Wyatt feels the baby might be a strong enough reason for him to stay. He muses that Bill vowed to fight for the marriage, and Katie notes he usually gets what he wants.

At Forrester Creations, Hope is catching up with Pam when Sally appears looking for Steffy. The redhead recognizes Hope, introduces herself, and gushes she was a huge Hope for the Future fan. The women step into an office to talk. Sally briefly recaps Spectra’s troubles and when she mentions Liam’s help, Hope quickly deduces she has feelings for him. Sally admits they kissed and Hope marvels that she lived to tell about it. Sally reveals she’s starting to think Steffy didn’t forgive him at all – Liam’s staying in a hotel and is a mess. Hope’s startled to hear he’s also leaving Spencer. Sally doesn’t know what happened, but knows Liam will need all the friends he can get. Hope thinks they’ll get through it – they can get through anything.

Steffy and Liam are left heartbroken.

An Emotionally-Scarred Liam Ends His...