Wyatt Goes Ballistic on Bill After He Admits He Loves Steffy

Wednesday January 10, 2018: Katie urges Steffy to stay positive, Bill presses Liam to forgive his wife, and Sally is stunned by the change in Liam. 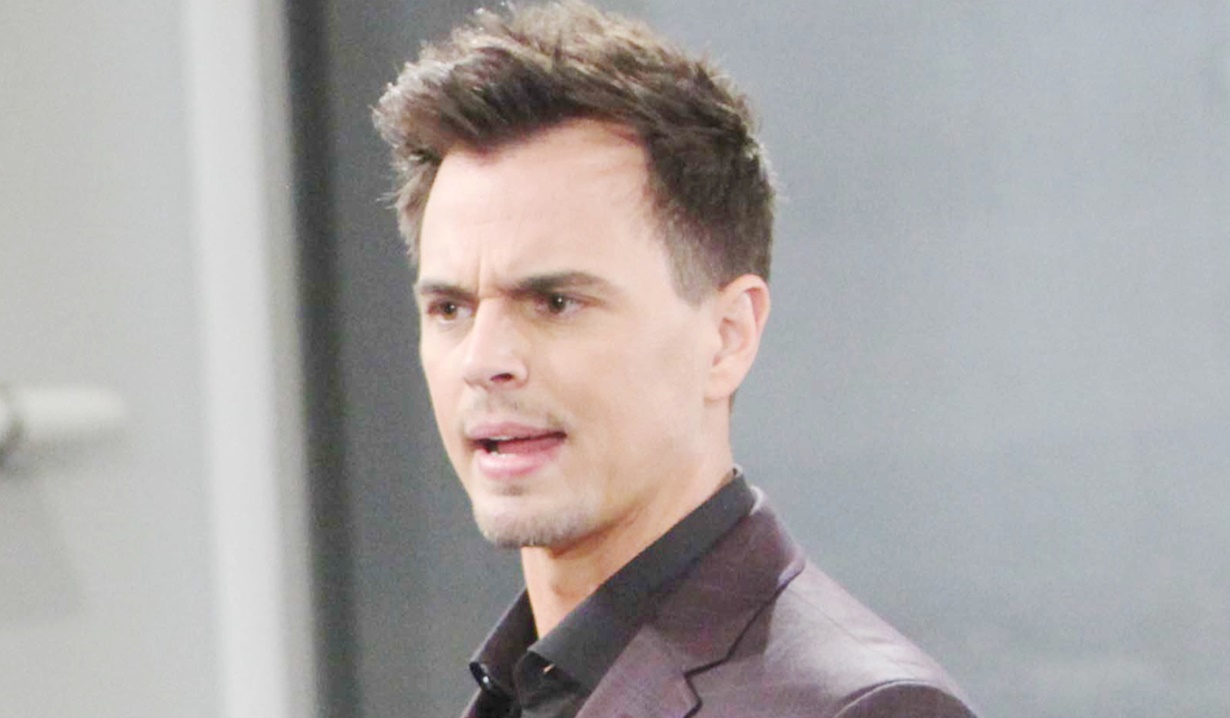 At Spencer Publications, Bill presses Liam not to walk out on his marriage, as Liam scoffs over Bill caring about his marriage given what he did with Steffy. Liam urges Wyatt to get out now while he can. Bill warns Liam not to put his brother in the middle and reiterates that he and Steffy need one another. Liam furiously advises Bill not to try to turning this into ‘Liam can’t forgive his wife’- he wishes he could because the one who will suffer most is his child. On his way out, Liam bumps into Sally and informs her he can’t talk right now. She’s stunned at his demeanor. In the office, Wyatt stops Bill from following Liam, then lashes out at Bill about Steffy’s baby growing up without a father in the house and Liam’s utter devastation. He can’t understand how a man who talks like Bill does about family takes his son’s wife to bed! “How could you do that to him?!” Wyatt brands it beyond insane – it’s unconscionable. Bill admits he’s disgusted by what he did, but it’s complicated. He explains he and Steffy have history and the past caught up with the present. Bill intones, “You both loved her, but I loved her first.” Wyatt reels upon realizing Bill’s in love with Steffy. “What the hell is wrong with you?!” Bill protests he thought her marriage was over, but Wyatt goes ballistic – after everything Bill did, he vowed he’d never hurt his family again! Bill crossed a line and Wyatt stands with Liam. Bill pleads with Wyatt to find some understanding and help him keep the family together. He will not let his destroy their family!

In Malibu, Katie tells Steffy she has to believe she and Liam will work through this since there’s a baby on the way. Steffy wonders if he’s ever coming home. Katie learns that Bill stopped by to check in and is apoplectic. Steffy assures her he won’t come back. Katie asks Steffy about eating and taking her vitamins. Steffy shrugs that she’s fine and decides she needs to find Liam. Katie urges her to stay there, and rehashes that she and Bill both made a mistake. She feels Bill has jeopardized everything he holds dear, but Liam and Steffy still have a chance. Steffy holds her wedding photo and talks about Australia – maybe they should move there. Katie knows she’s in pain and reminds her of Liam’s capacity for forgiveness. “He’s always wanted a family with you.” She urges Steffy to stay positive. Later, Steffy flashes to Liam leaving and cries. In Liam’s hotel room, he’s grimacing over his injured hand when there’s a knock at the door – it’s Sally, who followed him there. She asks why he’s there. Liam’s reluctant to talk, but she’s very concerned, and reminds him they’re friends. Sally pushes and he snaps at her to let it go, then apologizes. Sally guesses it’s him and Steffy and urges him to talk to her.

Wyatt’s Rocked As Liam Informs Him...