Katie Is Outraged That Bill Had Sex With Steffy 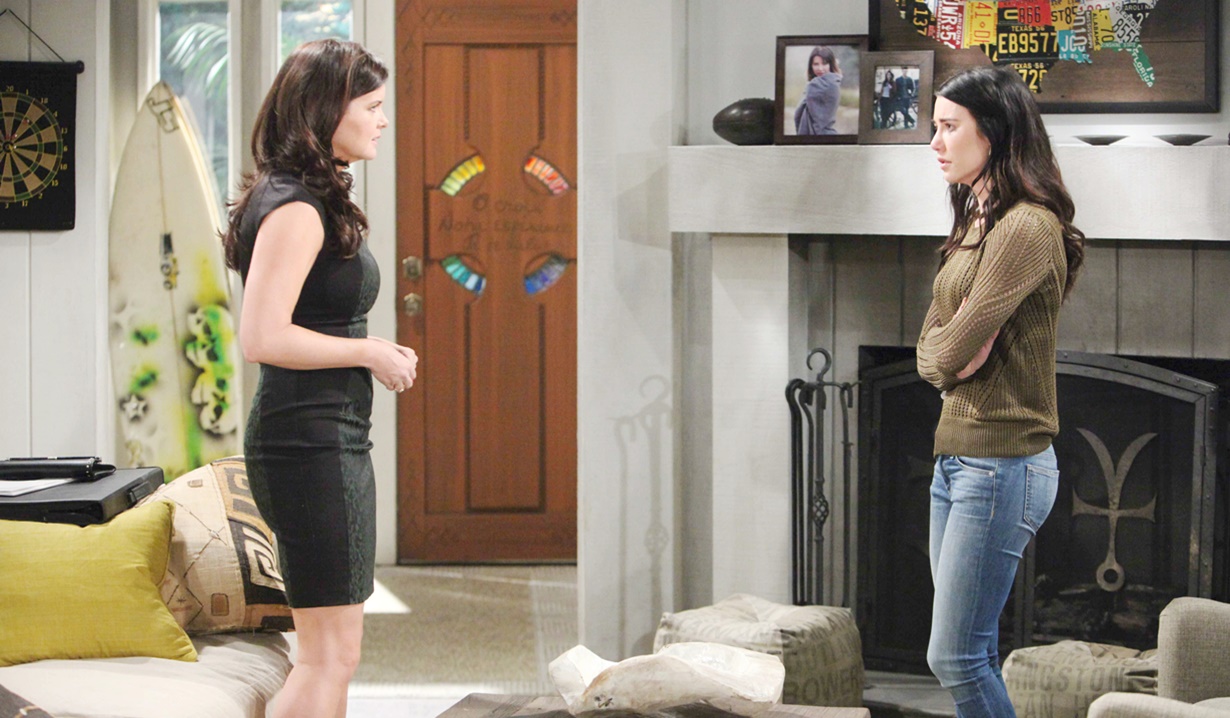 After Liam pushes Bill off of him in the Spencer office, his father tears up at the idea of his son walking out of his life. Liam isn’t responsible for Bill anymore…not after he slept with his wife. Bill pleads with Liam not to let this destroy his family – Steffy is carrying his child. Liam glowers as Bill implores him not to let this affect the innocent child, and not to walk out on Steffy. Liam roars at his father to stop saying her name. Bill invites Liam to hit him. Liam grimaces that he took the most precious thing in his life and ruined it. Bill informs him real men don’t walk out on their families. Liam counters, “Yet you’ve done it repeatedly.” Bill protests that Steffy couldn’t run from him fast enough and deserves Liam’s forgiveness. He recounts that she was a wreck over the possibility the baby could be his, and was overjoyed to learn it was Liam’s. Bill tells Liam he can make the Spencers better. Liam is galled, and declares he will share custody of the child and make sure he or she is as far from Bill as possible. Liam laments he’ll never see Steffy the same way again; it’s gone because Bill took it and destroyed it. Liam tears the sword necklace off and squeezes it in his palm until it draws blood. Bill urges Liam to be the one to take away the dark curse from the Spencers by staying with his wife. Bill drops to his knees and invites Liam to hate him, but to love his wife and child – the whole thing was his fault! Liam smacks his blood onto Bill’s cheek, then walks out. Bill, agonized, yells, “What have I done?”

In the cliffhouse, Katie wonders if she can call someone for the distressed Steffy and asks when Liam will be home. Steffy tearfully admits he won’t be back. She tries to change the topic to work so Katie will leave, but Katie presses her about the paternity test. Steffy folds her arms. “Why do you think Liam’s not coming back?” Katie is relieved to hear the baby is Liam’s. Steffy admits there was one other possibility and they only had sex once. Katie refers to Liam’s past flip-flopping and thinks he owes Steffy an attempt to make a go of it since she’s pregnant. She notes he’s stubborn, like Bill. Katie notes Steffy’s emotional response as she talks and asks, “Oh my God, is it Bill?” She’s appalled when Steffy confirms it and explains how it came about. Steffy doesn’t know why she let it happen. Katie rants about Bill’s controlling ways and assures Steffy it’s his shame. Steffy asks her to keep quiet, and Katie promises to keep the secret.

Bill learns Katie knows about him and Steffy.

Bill Wrestles Liam to the Floor...