Thursday December 28, 2017: Bill comes clean to Justin, Katie and Thorne open up about dating, and Steffy envisions a perfect future. 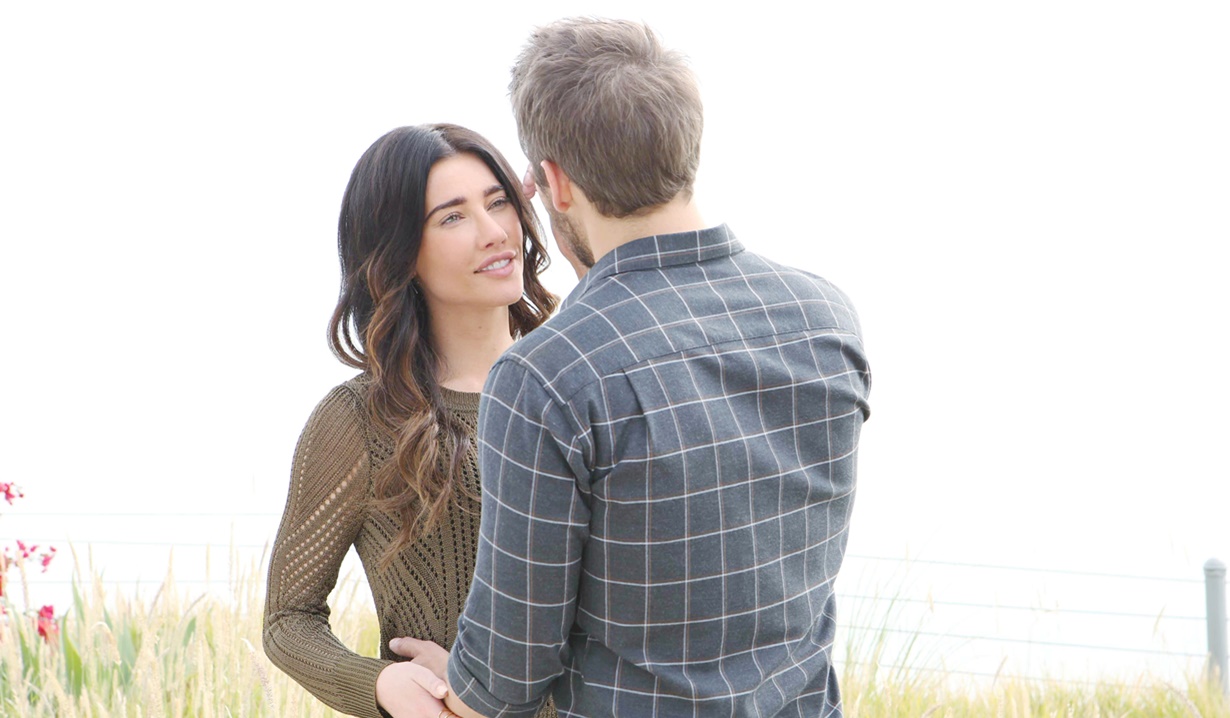 Steffy arrives at home and joins Liam outside looking out over the ocean. They kiss, and Liam reflects that they’ll both have to cut back on work. He shares that he’s been imagining a little boy or girl playing down on the sand. Steffy is the happiest she’s ever been, knowing that she’s carrying Liam’s baby. They talk about how amazing their future will be and kiss. Steffy thinks Liam will be the best father and hopes their child is just like him. She tells Liam she loves him and can’t imagine her life without him. Later, as Steffy envisions herself and Liam playing with their son (played by Scott Clifton’s son, Ford) outside, Liam appears beside her with the paternity test from her purse. His expression looks like his heart has been destroyed.

At Spencer Publications, Bill flashes to Steffy informing him he is not the father of her baby. Justin enters; he’s worried about Dollar Bill, who hasn’t been himself lately. He reveals that he ran the passport number Bill gave him for the yacht and learned it was Steffy. Justin rages at his boss – was that his revenge? Bill hollers back that it was nothing like that! Justin questions what was it then – why would he get caught up with Steffy? Bill finally reveals that he and Steffy didn’t take the trip because she renewed her vows with Liam. He confesses they had one night that never should have happened when he thought Steffy was leaving Liam. Bill adds Steffy’s now pregnant – he would have embraced being the father and have married her, but he would have lost his son. Justin realizes he’s in love with Steffy. Justin asks again if Bill’s the father. Bill says the baby is Liam’s; the DNA test was conclusive. He warns that Liam can never know about him and Steffy…not any of it.

At Katie’s place, Thorne wonders if she’s sure about him moving in, and admires her new confidence – it’s a good look on her. He remarks that she seems happy, and Katie realizes she is…she’s spending time with someone she knows really well and trusts, and it’s enough. Thorne quips, “We should all be so lucky.” Katie opens up about trying to find herself after divorcing Bill, then turns the topic to Thorne’s love life. He demurs, but she points out he’s probably one of the most eligible bachelors in Los Angeles, maybe the world. Thorne jokes she can give him dating tips. Katie chuckles over his ‘modesty’, but he insists he’s only had three or four dates this year. Katie admits she’s not exactly dating her mystery man. Thorne appreciates her offer to move in. Katie asks, “Even though you’re not going to take me up on it?” She jokes about her finally being involved with someone who doesn’t have an eye for her sister. Thorne counters, “I guess that counts me out then.” Katie laughs; therefore it’s safe for him to move in. 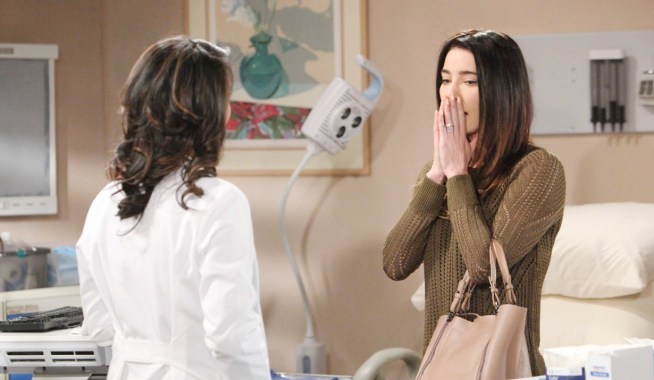 Steffy Learns Liam Is the Father of Her Baby 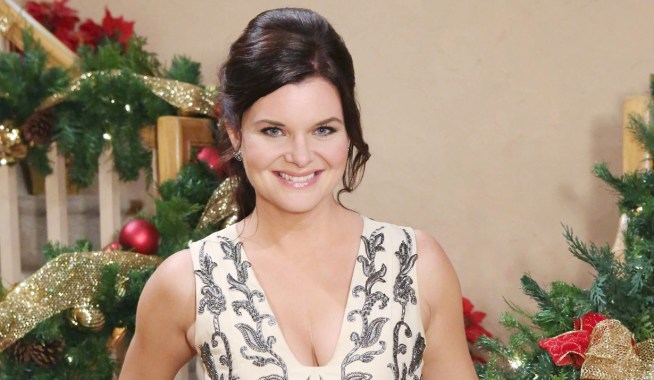