Liam Discovers Steffy Lied to Him and Used the Guesthouse Bed 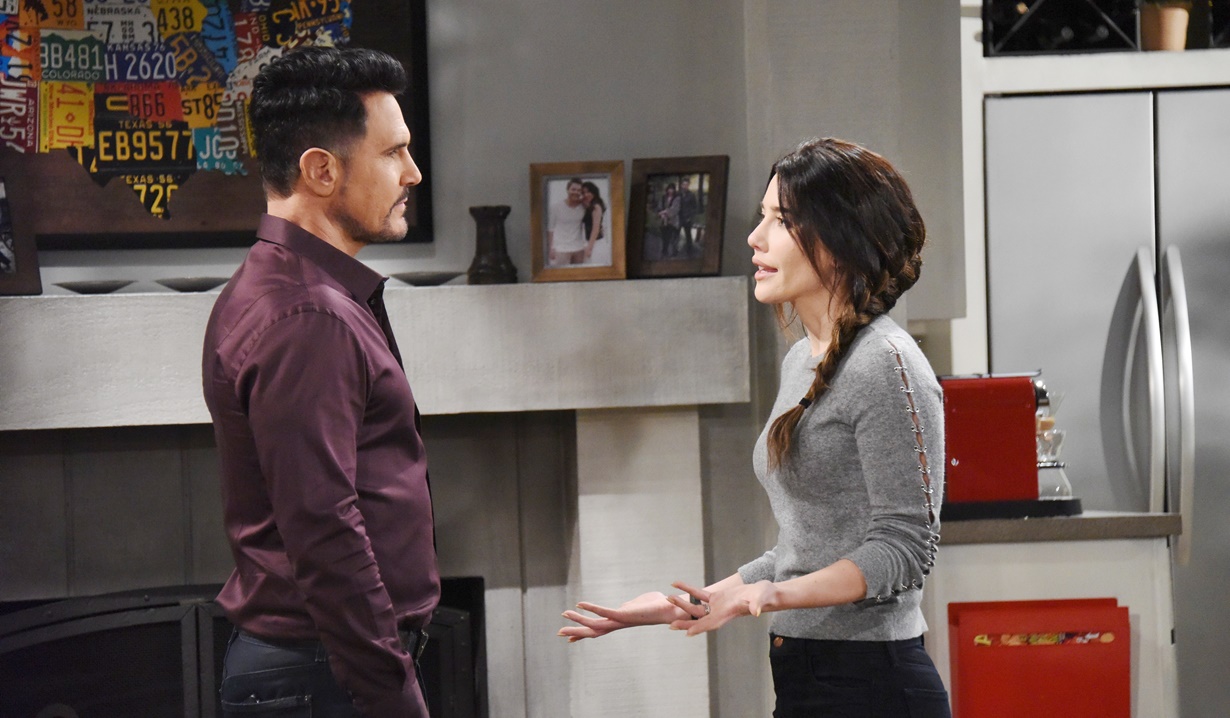 At Brooke’s place, Thorne tells her his brother Ridge will never change and urges her not to give him another chance to break her heart. Thorne intends to hold Ridge accountable for his actions, and she should too. Brooke clucks that Ridge is sorry, and wants to make a commitment to her. Thorne snarks about that, and tells Brooke that she is part of the reason he came back. After all the people he’s lost, she’s on top of the list of people he has left. Brooke notes they had some wonderful times together.

At Forrester Creations, Quinn marvels to Ridge at how far they’ve come. Talk turns to Brooke. Ridge thinks she’s put what they did behind her. Elsewhere, Eric remarks to Ivy on Thorne’s view of him forgiving Ridge – he may have a point. He muses that maybe he should stand up to Ridge more; maybe Brooke should too. Meanwhile, Quinn is joined by Liam in the design office to get a quote. Quinn inadvertently mentions the bracelet Steffy left in their guesthouse. Liam agrees it’s strange she would stay there. He confirms it was the night they fought. Quinn wonders if there’s a problem – he seems so concerned. Liam is taken aback to learn the bed and the shower were used…it doesn’t make any sense. If what Quinn is saying is true, Steffy lied. “What possible reason would she have to keep this from me?”

Bill shows up to check on Steffy in Malibu. They rehash having to smile, pretend, and lie. Steffy reveals that she almost confessed; Liam was asking a lot of questions and she ended up telling more lies. “This is not who I want to be!” Bill asks Steffy to close her eyes and picture herself pulled over on the side of the road, processing and forgiving Liam for what he did. He insists if she believes that’s where she was, Liam will too. Steffy cries that the guilt is all over her face; it’s haunting her, but then decides she can do this. Later, Liam returns and tells Steffy her bracelet was the inspiration for Quinn’s new line. He questions her about using the bed and shower at the guesthouse the night they fought. Steffy looks like a deer caught in the headlights. Ridge arrives at Brooke’s and is immediately confronted by Thorne about what he did with Dad’s wife the day he was supposed to marry Brooke. “It doesn’t get much more disgusting than that.” Ridge wonders what it has to do with Thorne. Brooke steps out, and Thorne warns Ridge he won’t let him get away with this. Ridge taunts that he was mother’s favorite and tells Thorne he’s always going to be in his shadow. Thorne shoves Ridge to the ground and declares he’s more of a man than he’ll ever be. He’ll purge Ridge from Brooke’s life and the company.

At Spencer, Bill can’t get sex with Steffy out of his mind.