Sheila Reveals to Thorne That Ridge Cheated With Quinn 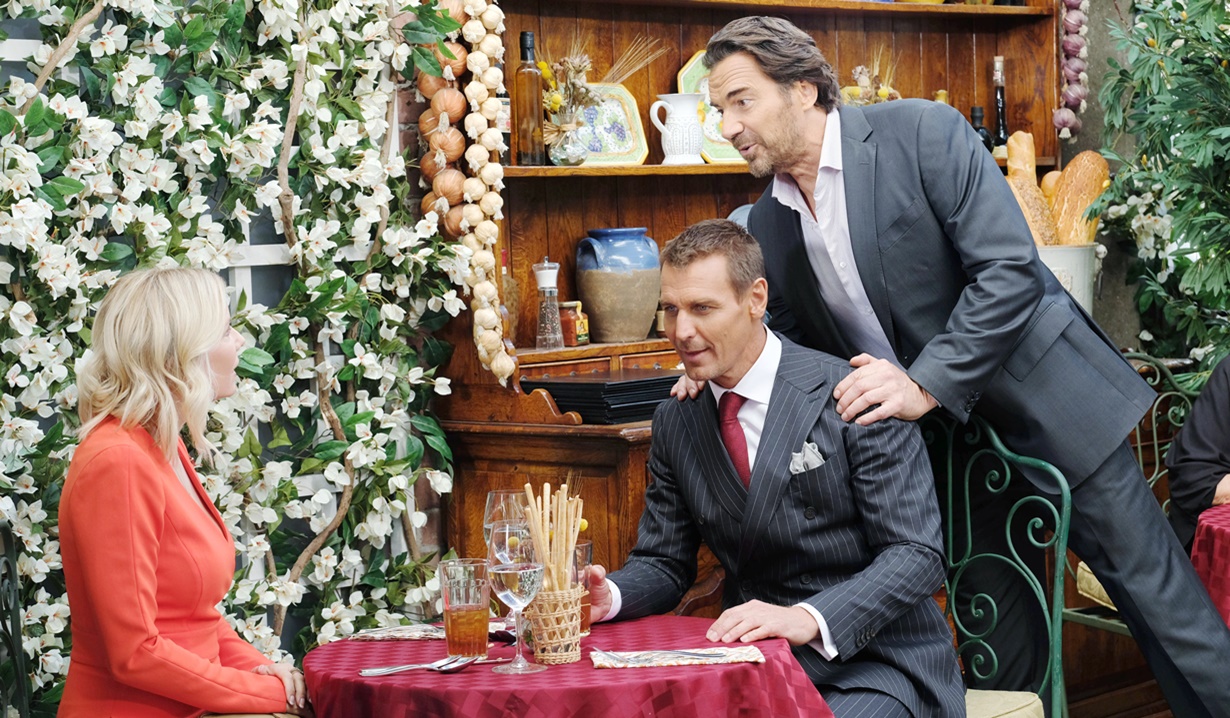 At Forrester Creations, Thorne is upset with Ridge, who asks if he’s about to cry and calls him ‘little brother’ again. Thorne is sick of Ridge’s disrespect. In the design office, Brooke and Eric discuss Ridge and Thorne’s relationship with Quinn. Eric notes they’ve always been competitive, but Ridge always seems to get the upper hand. He wonders if it might be different this time around. They rejoin Ridge and Thorne, who are still arguing heatedly. Thorne labels Ridge a bully and warns he’s through mistreating people – especially Brooke. Thorne and Brooke exit, and Eric chastises Ridge for bickering with Thorne. Ridge insists he’s up to something, but Quinn and Eric don’t see it. She wonders if he’s upset Thorne is staying with Brooke. Ridge finds it strange he didn’t get a hotel and vows to change the situation. After he storms out, Eric worries to Quinn that the argument between his sons could have gotten physical, and notes Brooke’s right in the middle of it again.

At home in Malibu, Steffy cringes as she flashes to sex with Bill. Liam calls out to ask what she’d like on her sandwich, and brings her back to the present. Liam talks about Bill’s offer to help Sally relocate, then immediately apologizes for bringing up her name; he’ll never forgive himself. The conversation turns to the night Steffy walked out on Liam. He asks, “Where did you go that night? What did you do?” Steffy flashes to sex with Bill again, as Liam wonders what made her come back home. She rambles that she should never have left; she should have stayed there. Liam questions if she spoke to someone who made her feel better – he’s trying to fill in the blanks. Steffy lies that she went for a drive, parked her car, and thought about how lucky she is to have him as a husband. Amid sex flashbacks, she becomes emotional, and blurts that she wants to erase that night. Liam vows never to let her down again. Steffy looks in the mirror and hears, “Liar! Guilty!” over and over. At Il Giardino, Thorne tells Brooke he doesn’t know how she can stand Ridge. Brooke clucks that he loves Thorne, but he isn’t swayed and complains about his condescending attitude. He adds Brooke was right to stop the wedding, and to divorce Bill – she deserves better. In the bushes, Sheila watches the exchange. Thorne remarks to Brooke that she’s always been there for him, and she observes that he’s an amazing person. They are remembering their wedding in Venice when Ridge appears, and insists Brooke join him for an urgent meeting. Once alone, Thorne is joined by Sheila, who remarks on Ridge taking Brooke away as a lead-in to revealing that Ridge had an affair with Quinn.

Back at Forrester, Brooke realizes there is no meeting, and says Ridge was rude to Thorne. Ridge shrugs that she should stay away from Il Giardino anyway since Sheila’s there.

Ridge has a steamy surprise in mind.

Thorne Informs Ridge He Won't Be...