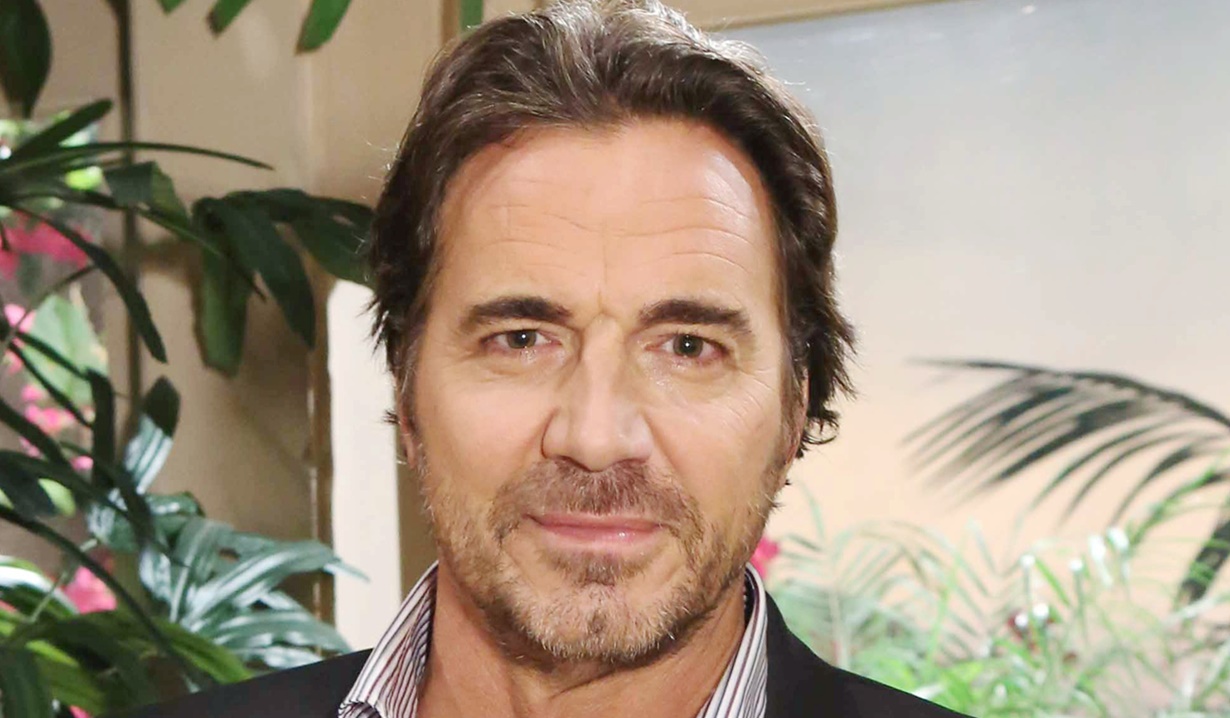 At Brooke’s place, Ridge continues to question why Thorne has come back. Brooke points out his family is here, and wonders why he’s so upset. Ridge insists Thorne’s not a spontaneous guy and must be up to something. He wonders if Thorne screwed up overseas. Ridge knows Brooke has talked to his brother and asks her what she’s not telling him. Brooke asks why he can’t just be happy Thorne’s back; why does it have to be such a mystery? Ridge presses on about his little brother having an agenda. Brooke alludes to him having more in mind that shipping and receiving, and Ridge decides they should head to the office and find out.

At Forrester Creations, Thorne questions Eric about the identity of the woman Ridge cheated with. Eric gruffly says it’s not an issue anymore, and notes that Thorne has changed. Thorne admits he’s come back to be on equal footing with Ridge. He produces his designs, and says, “They’re mine. Ridge isn’t your only son who can design.” Thorne describes how he turned to designing in his grief, and received guidance from the best designers overseas. Eric asks if this is why he came back. Thorne glances at Brooke’s photo and replies, “One of the reasons.” He knows Ridge and Bill both let Brooke down, so when he heard she was getting divorced, he had to come back. Ridge arrives and admires the designs, admitting they’re good. Eric reveals, “They’re Thorne’s.” Ridge condescends that he draws pretty pictures, as Brooke joins them. Ridge calls Thorne out for going to Eric and Brooke before him. Thorne wants his opinion. Ridge complains there’s no theme and he’s an inexperienced designer. Thorne challenges him to say what he could do better. Ridge wants to speak to Thorne alone, and asks, “What are you up to, little brother?” In the design office, Quinn works with Ivy on jewelry designs. She points out the one Ridge said was ‘beautiful’ and flashes to being alone with him. Talk turns to Thorne’s return. Ivy suggests they get his opinion on the jewelry. Quinn may do that. Ivy and Quinn laugh at the models giggling over Thorne as they leave. Ivy tells Quinn that Thorne isn’t the arrogant or domineering type. Quinn gets that she’s saying he and Ridge are not alike. After, Quinn’s joined by Eric and Brooke, who update her on Thorne becoming a designer and his competitive history with Ridge. Eric muses that they’re both very confident men, and agrees with Brooke that Thorne seems stronger now. Elsewhere, Ridge argues with Thorne about his place in the company. Thorne wants to design, but Ridge thinks it’s absurd. Thorne warns he won’t undermine his confidence and intimidate him – not anymore. “Enough.”

Sheila takes advantage of a situation.

Sheila Reveals to Thorne That Ridge...