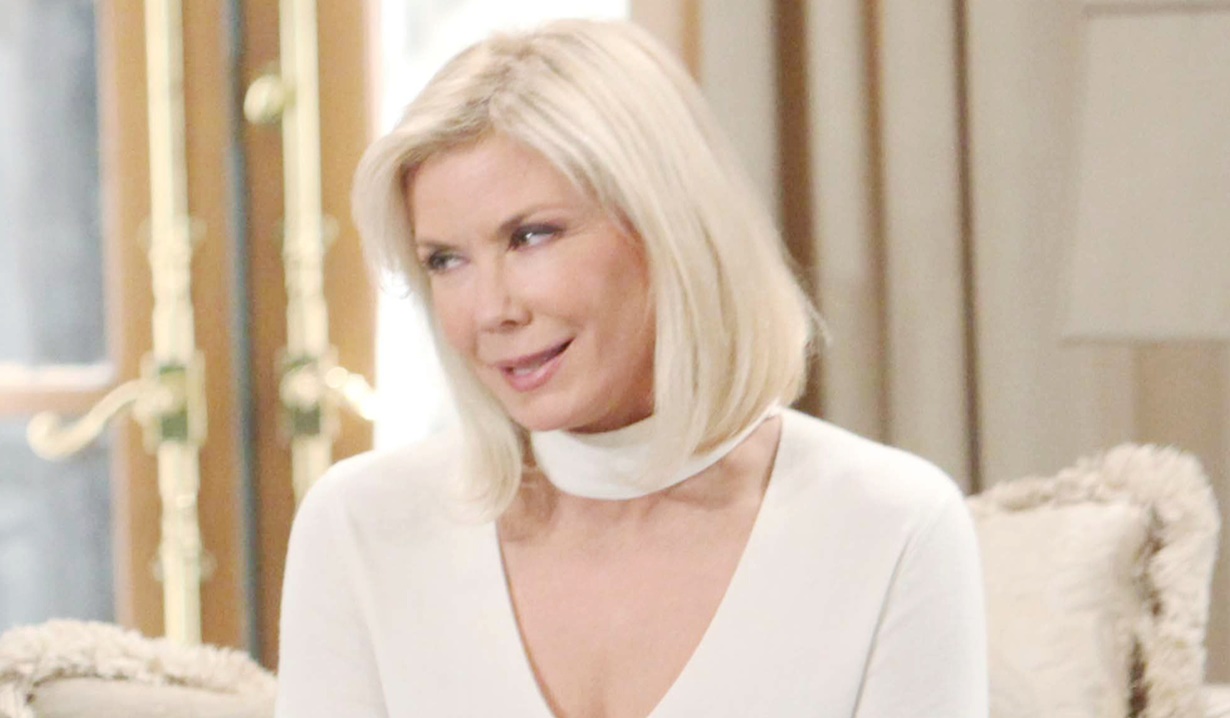 In Malibu, Steffy sobs hysterically. Liam asks her to tell him why she’s crying and what it has to do with his father. “What happened?” When she finally calms down, she says she was just really scared Liam would lose his father. Steffy is so happy to have Liam as her husband. They kiss. Liam assures her nothing will break them. At Spencer Publications, Bill is staring out the window when Wyatt enters and notes he seems deep in thought. He guesses his father’s thinking about a love that he lost, and asks if he even talks to Brooke anymore. Bill reminds him Brooke doesn’t want to be with him. He misses her, but that ship has sailed. Wyatt had hoped a little forgiveness might come Bill’s way – like Steffy was able to forgive Liam. Bill flashes to sex with Steffy. Wyatt thinks it’s a miracle Steffy forgave Liam, and supposes they’re at home in the bedroom. After Wyatt leaves, Bill returns to window-gazing.

In Brooke’s living room, she confronts Ridge about seeing him touch Quinn in the office and telling her she was beautiful. Ridge wonders why Brooke didn’t come in. Brooke muses that it looked like they were having a moment. Ridge insists it was all about the necklace, and finds it cute she’s jealous. Brooke denies it; she was concerned, plus it brings up Australia all over again. Ridge wants to focus on the future – their future – and put the family back together. Brooke sighs, “Here we go.” Ridge mentions divorcing Bill. Brooke admits she hasn’t even heard from him. Ridge asks her out for dinner, but learns Thorne is cooking her dinner…and living with her. He doesn’t want his little brother staying there and rants at length. Brooke is taken aback, but Ridge just thinks he’s up to something.

At Forrester Creations, Pam hugs Thorne and plies him with lemon bars. Thorne joins Eric, who is with two models. Thorne flirts, and helps adjust the drape of one gown, which impresses Eric. The models exit, and Eric reports that Ridge is at Brooke’s. Thorne points out he doesn’t listen – she asked for space. Eric admits he’d like to see them get back together, but will try not to push until she’s ready. He likes that Thorne is looking out for her. Thorne muses if Brooke needs him, he’ll be there for her. Talk turns to Thorne’s healing, and it being time to come back. He reveals he’s staying in Brooke’s guestroom, and will be cooking her dinner tonight to pay his way. The conversation goes briefly to the ‘Sheila Carter thing’ before returning to Ridge and Brooke. Thorne says he knows what happened in Australia.

Liam leaves the Malibu house, and Steffy takes a call from Bill. She tells him she couldn’t bring herself to tell Liam the truth, and the stress is literally making her sick. They agree to keep the secret forever.

A Sobbing Steffy Begins to Confess...

Thorne Informs Ridge He Won't Be...