Liam and Sally Share Kisses While Trapped Under Concrete 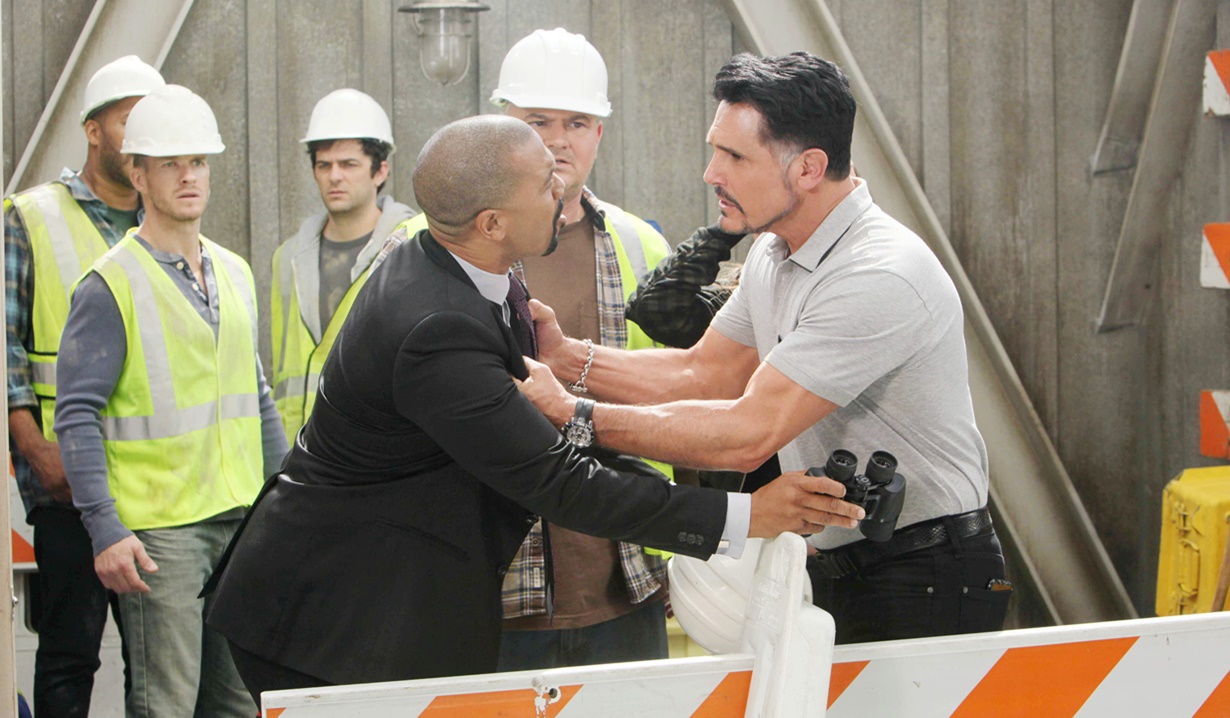 Outside the Spectra Fashions building, Bill screams, “No!” Justin joins him, along with Steffy, who learns Liam was still inside and cries out in anguish. As the demolition workers crowd around, Steffy hollers, “Do you all realize what you’ve done?!” Shirley, Saul, and Darlita appear and are also in a panic. Bill decides he’s going in despite the foreman’s warning that he can’t allow it, and Steffy vows she’s coming with him. The foreman yells about getting a rescue crew, and Shirley informs Justin he and Bill are both to blame and he’d better hope her granddaughter survives. As they wait, Shirley tearfully assures Saul and Darlita that Sally will come through this.

Inside the demolished building, Liam lies unconscious in the rubble. He regains consciousness and coughs. Beside him, Sally’s out cold and he calls to her. In another area, Bill shouts for Liam and Sally, and warns Steffy to be careful as concrete rains steadily down on them. They pause to cough, and realize the foreman has entered to give them hard hats. Bill and Steffy intend to continue in further. Elsewhere, Sally awakens. She and Liam discover their legs are trapped and call for help before quieting to listen to the ominous creaking noises around them. Sally gets panicky and Liam gives her a pep talk. Meanwhile, Steffy and Bill come across the filthy remnant of the original Sally Spectra’s portrait as they’re joined by two firefighters (played by Franco Barberis and Ryan Stroud), and again refuse to leave. They continue searching and calling out. In the other area, Liam jokes about being trapped in concrete with a hot redhead, and tells Sally she won – Bill will not come out of this looking like a hero. Sally says that’s what Liam is to her and goes on about his kindness. “I love you, Liam.” She means it in an innocent way, a beautiful way, for all that he has done. She kisses him, then they kiss again until a loud creaking noise distracts them.

At Spencer Publications, Wyatt admits to Katie that he’s concerned about Bill losing respect for him once he finds out about them. Talk turns to Liam and his hero complex. Wyatt updates her on his brother’s sit-in plan. Katie muses it sounds dangerous. Just then, Wyatt gets a message from Justin. He reports to Katie that the building came down with Liam and Sally still in it; Bill didn’t know they were in there. Katie gasps in disbelief and Wyatt holds her.

Bill and Steffy risk their lives to save Liam and Sally. 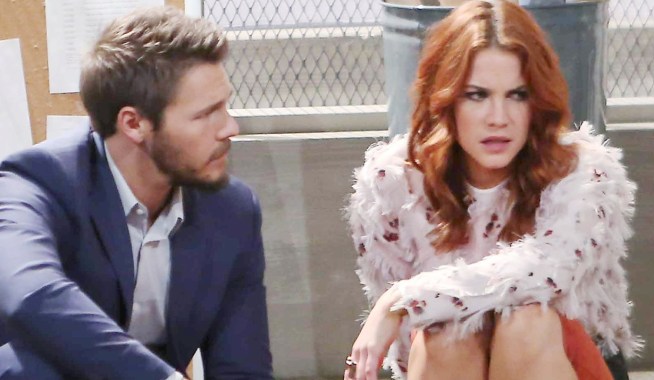 Bill Is Horrified Upon Realizing Liam Was Inside Demolished Building 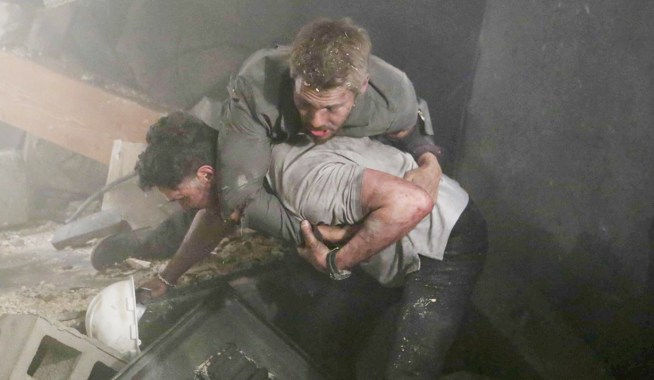