Eric and Quinn’s Plan Gives Sheila ‘Exactly What She Deserves’

Wednesday October 25, 2017: Wyatt puts his mother on notice, Quinn updates her son on Sheila’s scheme, and Charlie warns Pam not to trust Sheila. 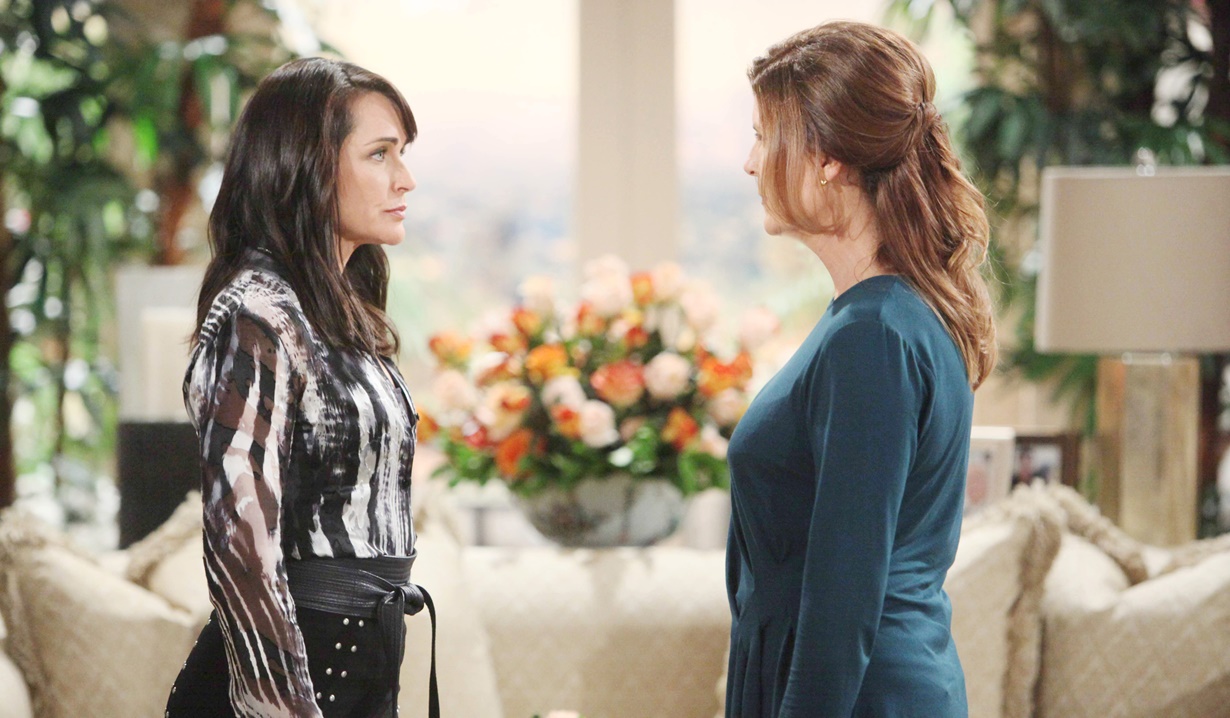 Eric appears at Il Giardino at Sheila’s behest. She’s sure he’ll thank her calling him there, and reveals that she ran into Mateo, who has been having an affair with Quinn. She alludes to the ‘not so innocent massages’, and Eric grimaces in disbelief, then becomes angry at the idea of Quinn betraying him with Mateo in his own house. Sheila soothes that he needed to know the truth. Eric notes Sheila is the one person he can trust. Sheila insists she takes no pleasure in being right. Eric declares that Quinn doesn’t deserve to have her portrait in the place of honor in his home; it’s coming down today. Sheila assures him she’s there for him, and confides that she has a portrait of herself. Eric offers to put it up and asks her to bring it to his house immediately.

At Forrester Creations, Wyatt reads Quinn the riot act for her behavior in Katie’s bedroom, and insists, “You cannot and will not do anything like that again.” He warns if she wants to be in his life she must respect his boundaries. Quinn snaps, “Fine.” She’s been hearing it from Eric as well, and is intent on keeping a cool head – especially with Sheila Carter trying to sabotage her marriage. Quinn tells her son about Sheila paying the estate manager to seduce her. When Wyatt asks what she’ll do, Quinn confirms she has something in the works and alludes to telling her husband the truth. Wyatt’s concerned since Sheila’s nuts, but Quinn assures him Eric will handle Sheila. In the design office, Pam relays to Charlie how ‘gal-pal-y’ Sheila was with her at the restaurant previously. Charlie snarks that there is nothing ‘gal-pal-y’ about Sheila, who is a serious nutjob. He warns Pam not to fall for it, and the blonde is taken aback at his intense concern. Charlie rants and wishes this era of Sheila Carter manipulation would come to an end.

At the Forester mansion, Eric beckons Sheila and her portrait inside, playfully referring to her as Mrs. Forrester, before turning serious about how she puts him first and is very important to him. He fetches martinis, to Sheila’s delight, and proposes a toast to her and proving that what goes around, comes around. She unveils her portrait, and Eric enlists her help in putting it up. Once Sheila’s portrait is installed above the mantle, Eric suggests champagne and tells her never to forget she’d getting everything she deserves. He leaves the room and Sheila giddily snaps a selfie with her portrait. Quinn arrives, and orders Sheila out. Sheila intones that Quinn’s the one leaving. She taunts that her secret with Mateo is out, and now she’s taking her place. Quinn spots the portrait, but informs Sheila she’s not going anywhere, adding, “There’s the door, use it.” Eric reappears and Sheila turns, imploring him to say something in her defense. He remains silent. Sheila turns back to a grinning Quinn.

Katie feels uncertain about Wyatt’s news from his mother. 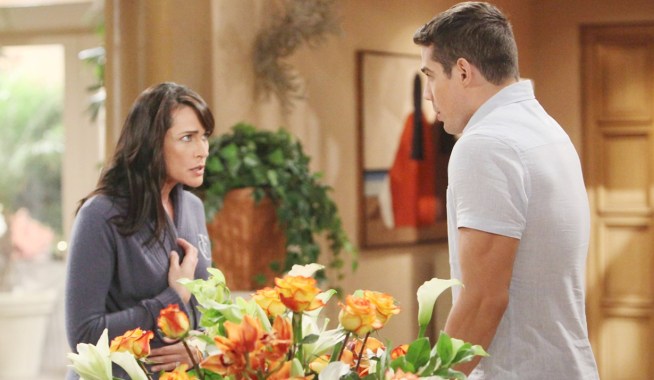 A Fuming Quinn Turns the Tables on Sheila After Mateo Confesses 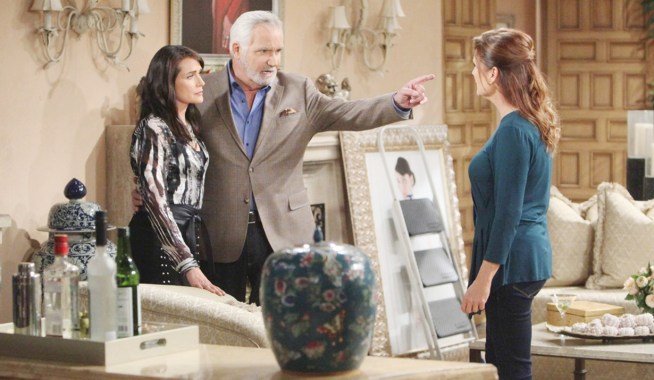