A Shocked Sally Learns That Bill Had Spectra Fashions Burned Down 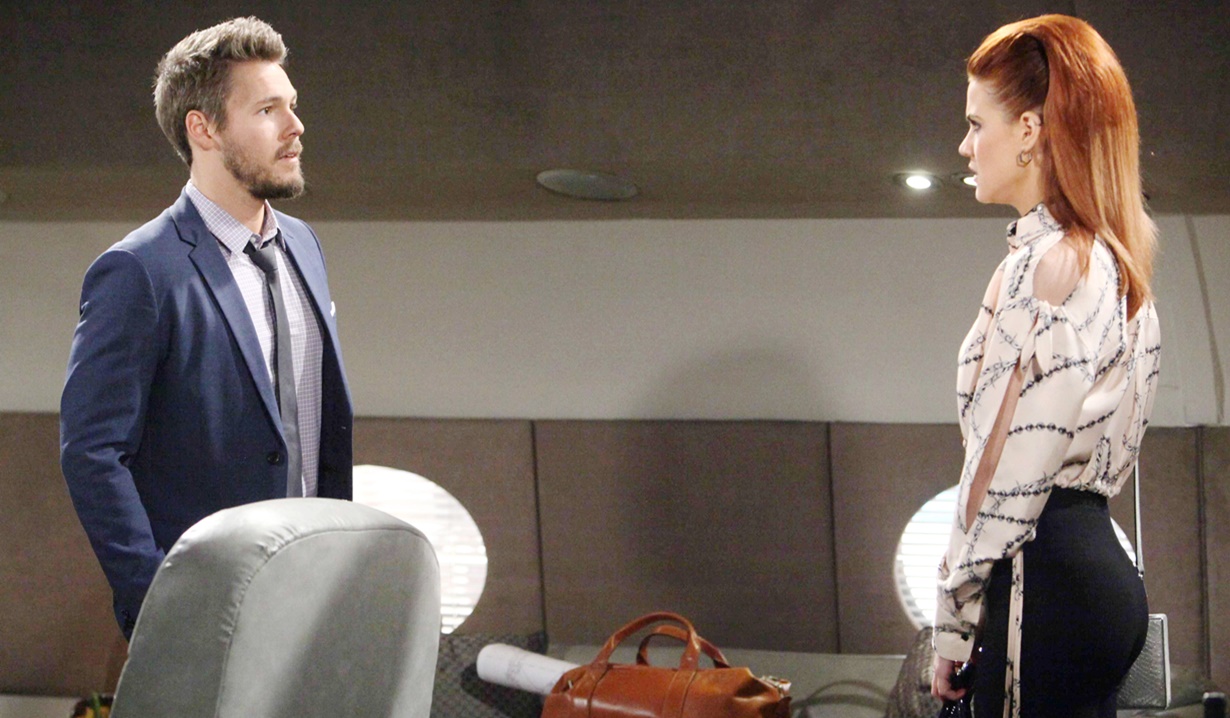 At Bill’s place, he reels after flashing to seducing Steffy in the past. She starts talking about Liam taking Sally to San Francisco. Bill remarks that it’s incredibly disrespectful – he would never treat Steffy that way. Steffy relays that she paid Sally a visit and made it very clear she didn’t want her flying with her husband. Bill decides Liam’s an idiot. He takes Steffy’s hand – they’re like a couple of soldiers in the trenches, dodging bullets. Bill tells Steffy he appreciates her more than she knows. Steffy cares about the family…and about Bill. She realizes that Liam has flown away with another woman. Bill notes that he’s betraying both of them. He tells her she’s the total package and deserves a man, but is married to a mouse. Steffy protests. Bill’s sorry, but vows he will have his revenge.

At Spencer Publications, Wyatt rants at Liam as he prepares for his trip with Sally. He urges him to give the company back to Bill. “You do not want Dad as your enemy.” Liam insists he’s doing what’s right for the family. Wyatt throws up his hands. Liam appreciates his concern, but says there is nothing Bill can do to him. Once Liam’s gone, Katie arrives and kisses Wyatt, who divulges that Liam is flying off to San Francisco with Sally Spectra. Katie can think of a few people who would have issues with that. They speculate about Liam feeling he has to fix everything that Bill broke. Talk turns to Brooke walking out. Katie muses that Bill doesn’t like to be left. Wyatt wonders why Liam would risk their father’s wrath to rescue Sally. He admits it’s commendable, but he’s putting himself right in Bill’s crosshairs. “Dad is going to make Liam pay, it’s only a matter of time.”

At Spectra, Saul is in a tizzy about Sally’s trip to San Francisco, but Shirley enthuses that she’s not going into the meeting alone – Liam Spencer is going with her. Saul gapes over Sally traveling with Steffy Forrester’s husband. Shirley and Darlita enlighten him as to how Sally’s eyes light up around Liam. As Saul frets, Shirley decides she’ll text her granddaughter to urge her to go for it.

On the Spencer jet, Liam launches into discussion about the Spectra building, but Sally stops him – she doesn’t think she can go to San Francisco with him; he’s done too much for her already. Sally is touched by him wanting to help make her whole again, but it’s too much. Liam needs her to accept this. “You have to let me help you.” Sally goes on about the accidental fire and says Liam owes her nothing. When he remains silent, Sally realizes, stunned, that Bill was responsible and had Spectra Fashions burned down. Liam admits it, and asks her not to say anything. She marvels at him going against his father – no one has ever done anything like this for her. Sally embraces Liam.

Quinn discovers that Mateo can help her. 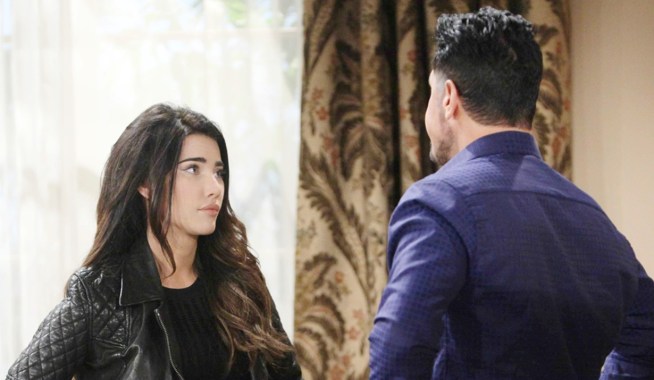 After Mateo Works His Magic on Quinn, Sheila Doubles Her Offer 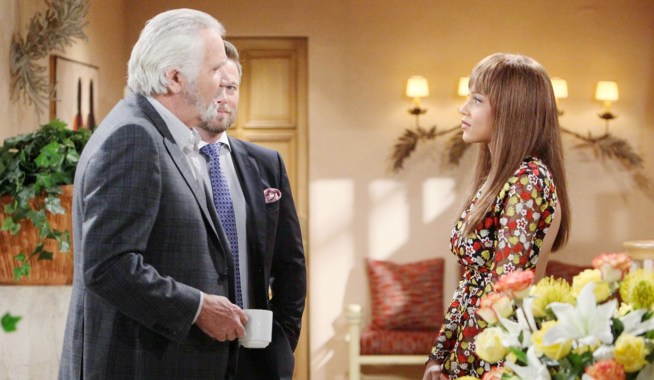