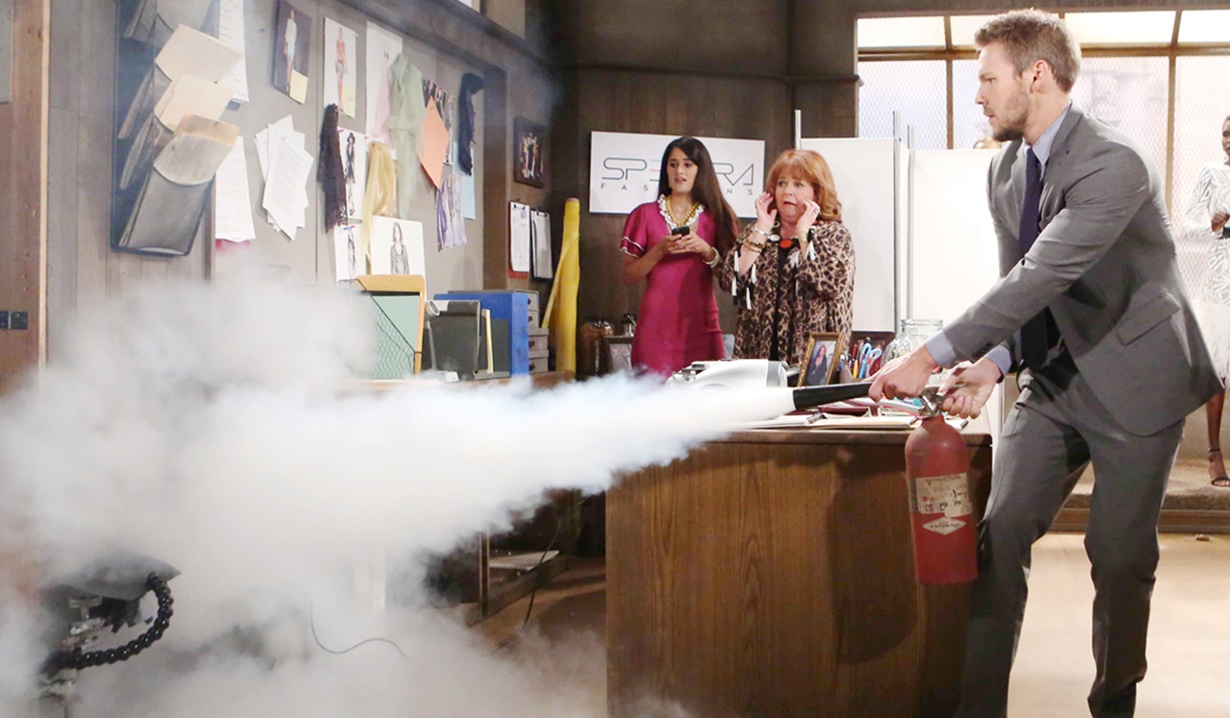 At Spencer Publications, Bill and Brooke discuss his skyscraper and the odds of Spectra Fashions being successful. Bill picks up the phone and barks out a summons. Brooke smiles and wonders what he’s plotting besides world domination? Bill grins. Justin and Jarrett enter and go over what can be considered as libel in an article. Liam appears and reveals he’s going to Sally’s preview with Jarrett. Bill argues about Liam going, but he and Jarrett rush off. Bill fumes as Brooke clucks that Liam means well. Bill hollers, “That’s the problem!” Brooke and Bill have a flirty ‘argument’ about ‘Sky’ and then canoodle. The mogul teases Brooke when she announces she’s leaving for her own job and pretends to ‘worship’ her so she’ll stay another 15 minutes. They are cooing romantically when Justin enters. Brooke makes an exit as Bill neighs. Justin informs Bill they can get a demolition spot week after next. Bill grunts about needing something to demolish.

At Spectra, Sally assures Shirley that Thomas will not be making a last minute appearance to help out. Shirley gives a pep talk to Sally, who feels they’ll do well as long as there’s not another sucker punch from Bill Spencer. Before long, Liam and Jarrett arrive. Shirley calls Liam ‘Spawn of Satan’ and Sally rushes to make nice, while Darlita fawns over Jarrett. Sally opines that Liam is a good guy who can stand up to his father while Jarrett cannot. The preview gets underway with Sally explaining to Jarrett that all the designs are hers, as Thomas is on leave. Darlita starts the music and the first model appears with Liam and Jarrett looking pleasantly surprised. Unnoticed, sparks fly from the wall where the CD player is plugged in. Several more designs are modeled with similarly positive reactions. Jarrett whispers to Liam, “This I love!” The preview concludes with applause and a great review for Sally. Just then, the outlet burst into flames. Liam stays calm and puts it out with a fire extinguisher. Sally, exhaling loudly, thanks him. Liam calls his father and reports that Sally’s preview was good. “Spectra Fashions is not going anywhere; they’re staying in business.” Bill hangs up on him. Sally joins Liam, who shares in her positive mood.

Bill placates Liam and orders Justin to come up with a Plan ‘B’. 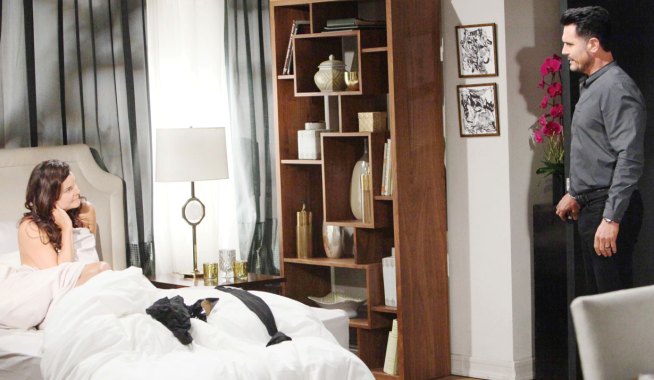 Bill interrogates Katie as Wyatt hides naked in her bathroom 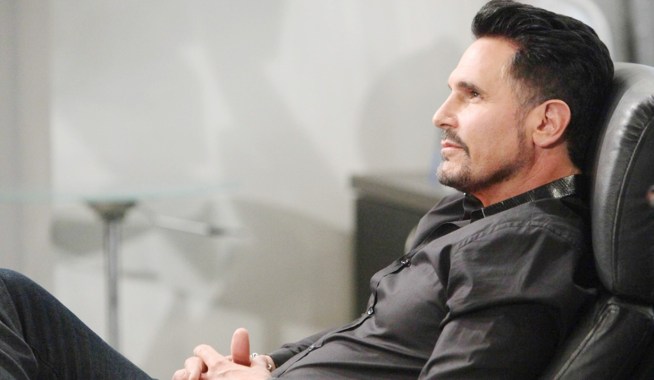