Thursday August 17 2017: Coco and Sally share a visit, Sheila is blindsided by Eric, and Sally asks Liam for the truth. 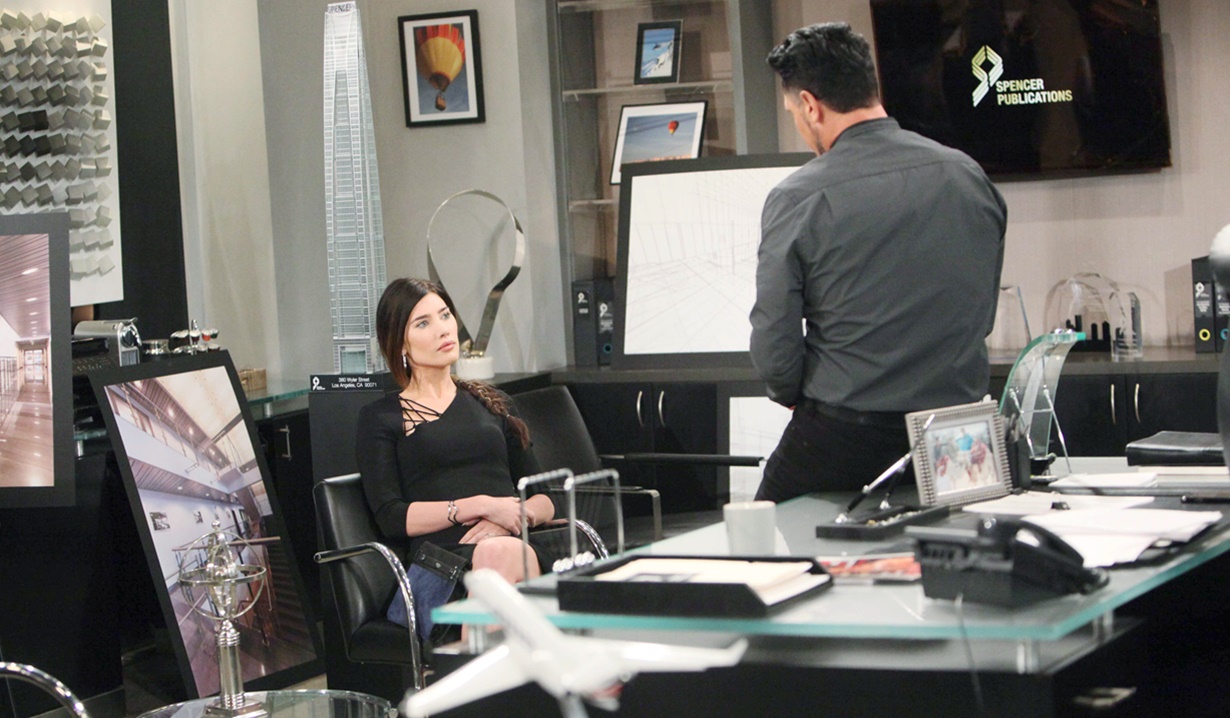 In Bill’s office, he grouses to Liam about ‘that clown’ CJ leaving $5 million on the table. He mutters about how Spectra’s showing will bomb with Thomas out of the picture. “Sally’s days are numbered.” Liam and Bill hold a cryptic conversation about truth as they discuss Liam interviewing Sally. Later, Steffy shows up and warns Bill he’s pushing it – Liam is feeling guilty and might blow everything sky high. Bill opines that he won’t coddle his son any longer, it’s time he acts like a man. Steffy reveals she’s actually okay with Bill’s lie to Thomas, but brings up his ulterior motive. Bill won’t apologize for wanting his skyscraper. Steffy respects his ruthlessness, but feels it could backfire with Liam involved. She warns if he pushes Liam to trash Sally, he might tell her the truth. Bill counters if Liam talks to anyone, he will kick his ass out of the company and his life.

Coco stops in at Spectra Fashions, where Sally updates her on convincing CJ to give them another chance, and hopes she can pull off the showing to keep them afloat. Coco learns Thomas isn’t coming back anytime soon, so it’s up to Sally to put out the line. The sisters express their love and hug as Liam arrives. Coco exits, and Sally asks about Caroline, which throws Liam off for a second. Sally wonders if Liam is writing this piece to trash her as part of Bill’s plan. Liam reassures her that he has a conscience and rarely agrees with his father’s tactics. Talk turns to design. Sally thinks Thomas made her better, and opines that they should have won the challenge, but Bill would never allow that. She wishes he’d pick on someone his own size, and goes on about the pressure she’s under. Sally thinks Liam knows whether she’s playing on a level field or not, and asks if Bill’s still up to something. “I need to know, Liam. The truth.”

In her Forrester mansion bedroom, Sheila revels in her surroundings and whispers, “Home sweet home.” Eric knocks and she makes a beeline for the bed and feigns sleep. Eric awakens her, and Sheila sits up slowly and smiles dazedly. “Eric.” She pretends to think they’re still married. Eric falls for it and reminds her how she got a concussion last night. Sheila apologizes; she was dreaming about their wedding day and got confused. Eric reminds her she’ll have to leave once she’s recovered. Sheila decides to stand up and ‘faints’ into Eric’s arms. He puts her back to bed, clucking about ‘too much too soon’, then heads off to get her some food. Sheila beams happily. When Eric returns, he chastises Sheila about her fight with Quinn, and announces he called a doctor they both know and who will be discreet. Sheila’s jaw drops as her ex-husband, Dr. James Warwick (played by Ian Buchanan) appears in the doorway.

Sally opens up to Liam. 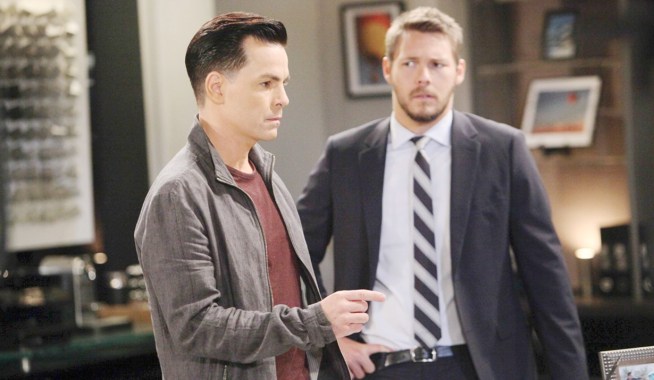 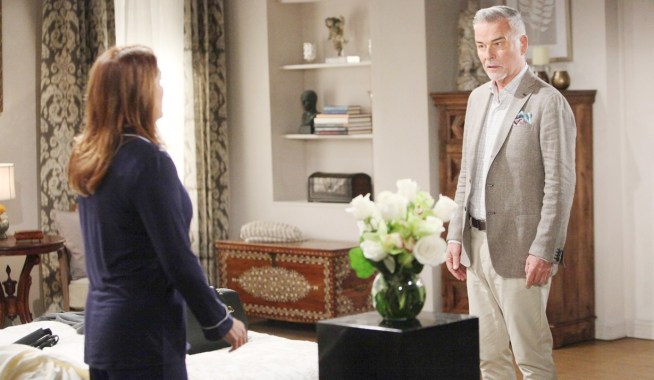