Wednesday August 16 2017: Sheila issues a warning to Quinn, Sally pleads her case to CJ, and Liam updates Bill on his chat with Steffy. 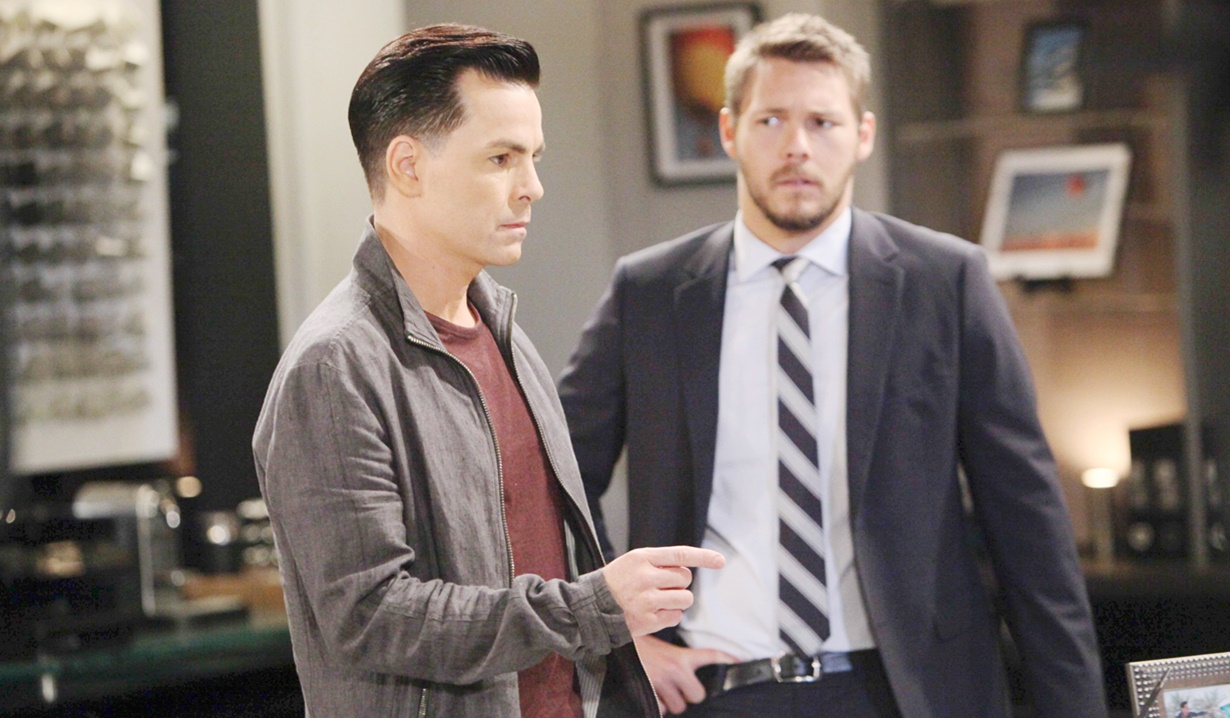 At the Forrester mansion, the debate between Quinn and Eric about letting Sheila stay continues as Sheila protests that she doesn’t want to cause any trouble. Quinn wonders if Eric’s forgotten what this woman did to him and his family. Eric insists he’ll never forget, but wants to do the right thing. Sheila breathes, “Thank you very much.” After, Quinn flashes to the catfight and looks disturbed. Upstairs, Eric gets Sheila settled. His ex complains that Quinn hates her. Eric thinks she’s intimidated, and reminds Sheila that she’s not a threat. Sheila moons that Eric’s belief in her is helping her believe in herself. Eric rejoins Quinn in the living room. Quinn can’t understand his decision. Eric promises he’ll never completely trust Sheila, and he’ll send her on her way once she’s better. He insists he can handle her. Once alone, Quinn muses, “I think I’ll handle her first.” She goes to Sheila’ room and warns she won’t get away with her agenda. Sheila points out she’s already moved in. Quinn counters that no one, including Eric, is buying her redemption act. Sheila tells Quinn she’ll be watching her, and waiting for her to prove she’s not worthy. “Don’t underestimate me, Quinn. Ever.”

More: Happy Days’ star Don Most to appear on B&B Liam arrives at Bill’s office and rolls his eyes as his dad waxes on to Brooke about Thomas reuniting with Caroline, and Spectra Fashions going down. Liam learns that Bill made CJ Garrison an offer he can’t refuse. Brooke marvels over the lengths he’ll go to get that skyscraper built. Liam mutters, “Oh, you have no idea.” Once Brooke’s gone, Bill justifies his lie to Liam, saying, “Everyone wins.” Liam replies, “Not Sally.”

At Spectra Fashions, CJ informs Sally there are numerous reasons he wants to let the building go, and admits Bill made him another offer. Sally protests that he can’t do this. She reminds him of her mother’s legacy and that they did well in Monaco. She pleads for one more chance and presses that Aunt Sally didn’t raise him to sell out. CJ sighs as she intones, “You know what you have to do.” Later, Sally updates her staff. Shirley can’t understand why her granddaughter won’t ask Thomas to come back. Sally insists they have to do this on their own.

CJ arrives at Bill’s office just as Liam’s conceded that Steffy convinced him to keep quiet for now. Bill is not happy to hear from CJ that he’s giving Sally one more chance to keep Spectra alive. CJ goes on about how he’s a Spectra too. Bill orders him to get out of his sight. Bill intones that without Thomas, Spectra will fail miserably. Once alone, Bill mutters that Caroline’s miracle cure just got postponed. “Thomas can’t leave her side until that building is mine.”

At Spectra, Sally gets the good news from CJ that they’ve got one more chance, and the staff celebrates. 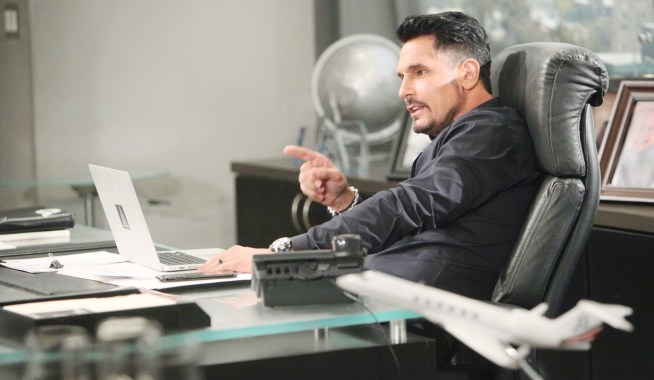 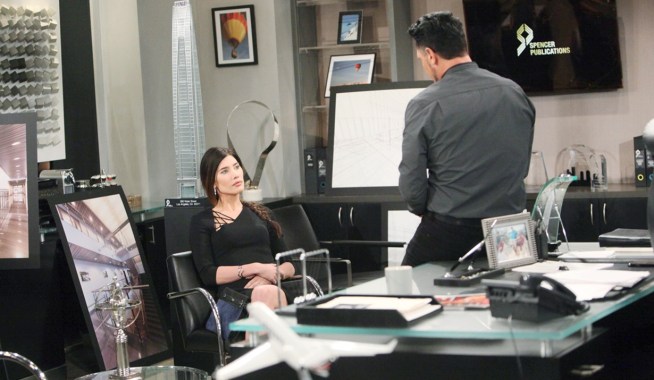