Wyatt and Katie’s happiness becomes evident to those around them

Thursday August 10 2017: Liam becomes suspicious after questioning Wyatt, Steffy pays Sally a visit, and Bill finds himself in the hot seat with his son. 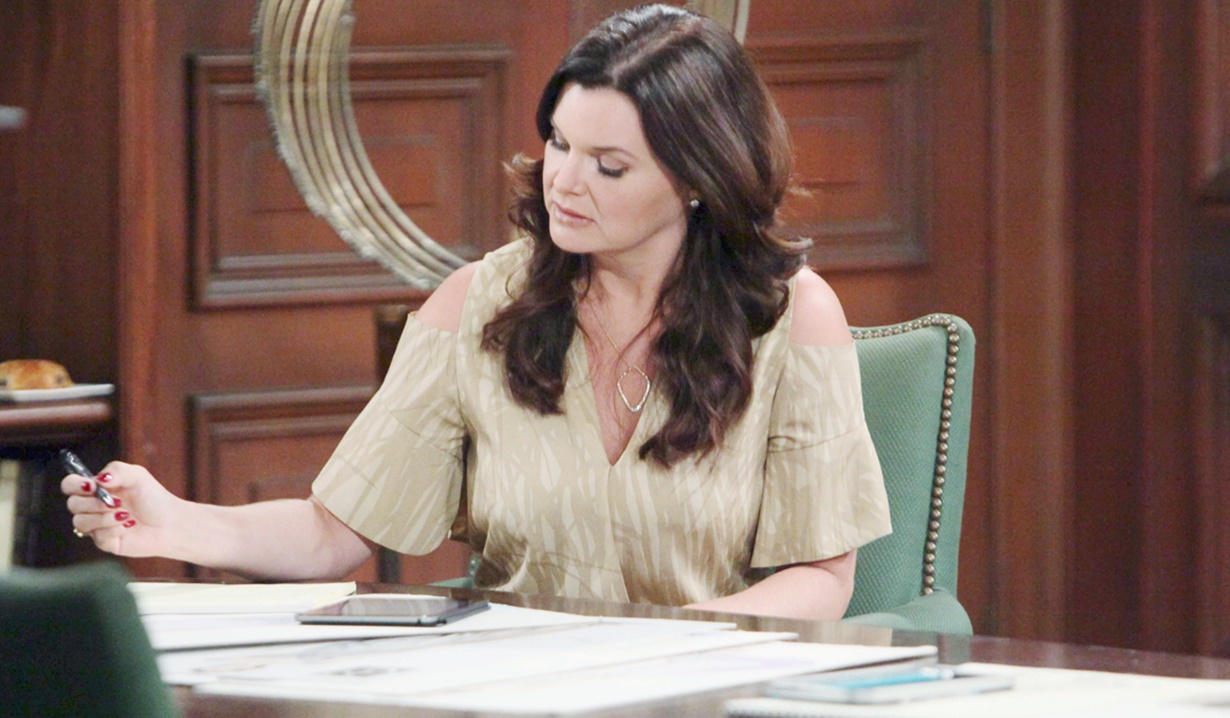 At Spectra Fashions, Liam reels after Sally confirms Thomas is in New York to spend as much time as he can with Caroline before she dies. Sally’s apologetic; she assumed he knew because he’s family. In Bill’s office, he justifies his reasons for telling Thomas that Caroline is dying to Justin. He feels Thomas left him no choice. Justin notes that Thomas is with Sally. Bill replies, “Not for long.” He won’t let someone like Sally stand in his way.

At Forrester Creations, Wyatt and Steffy discuss Quinn and Eric’s reunion. Wyatt’s happy for his mother, but not giddy. Steffy muses that something has put a smile on his face, and wonders if he has a new woman. Wyatt deflects. Elsewhere, Brooke and Katie also discuss Eric taking Quinn back. Katie muses that attraction is a funny thing. Brooke wonders how Wyatt feels about it, and talk turns to him and Katie working as a team in Monte Carlo. Brooke is pleased for their success – they both deserve to be happy. As they chat, Brooke opines that when you find joy in life, you should run with it. Katie muses that she’s been thinking of doing just that. Later, Liam finds Wyatt in the design office and fishes around about why Thomas is in New York, and asks if his brother’s spoken to Caroline. Wyatt’s puzzled by the line of questioning, but isn’t upset by the idea of Thomas and Caroline reconciling and thinks Bill will be pleased. Liam exits as Katie enters. Wyatt grins to Katie that Steffy thinks he seems happy. Katie relays that she and Brooke had a similar conversation. They establish that neither of them gave anything away. Wyatt doesn’t mind keeping this as their little secret. They kiss. Wyatt laughs about still trying to convince Katie to have some fun, and be in the moment. He kisses her again.

More: Caroline Spencer and other beloved soap characters past & present

Steffy stops in at Sally’s office and surprises her by saying she put on a decent show in Monaco. Sally responds, “Thank you, Princess.” Steffy then adds that it’s too bad it’s likely her last. She warns Sally that Thomas will be in New York for a while, and he went for Caroline as well as Douglas. Sally replies that she knows Thomas is where he needs to be right now. Steffy’s surprised Sally’s okay with it. Sally understands why Thomas has to be there.

Liam arrives at Spencer Publications to find Bill fawning over his model skyscraper. Bill senses Liam’s mood and asks what he wants. Liam reveals he heard something shocking today while interviewing Sally – she said that Caroline was dying. Bill grimaces; and runs with the lie, saying Caroline wanted it kept confidential and is getting the best care. Liam questions why Bill is there talking to his skyscraper, and runs down how this could really work out to his advantage. Liam leans across Bill’s desk with narrowed eyes, and angrily asks, “Is she Dad? Is Caroline dying?” 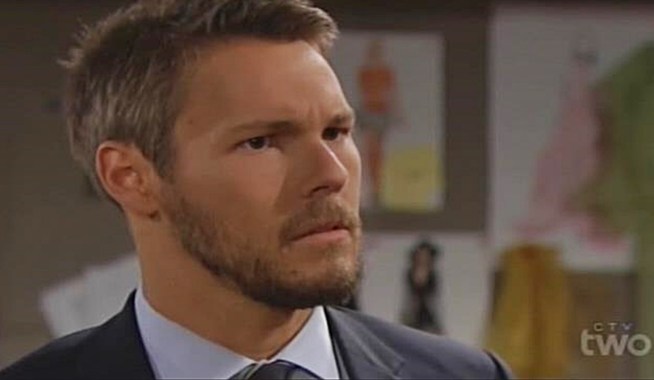 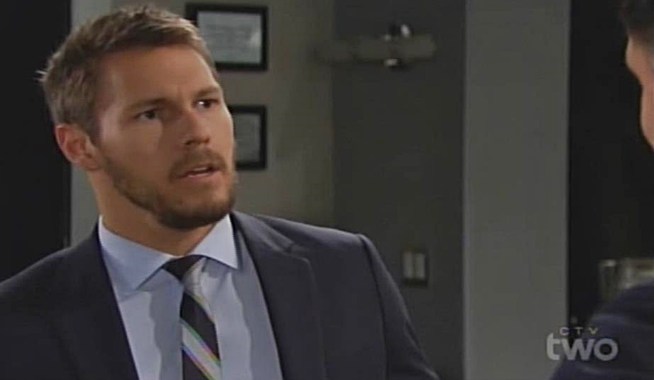