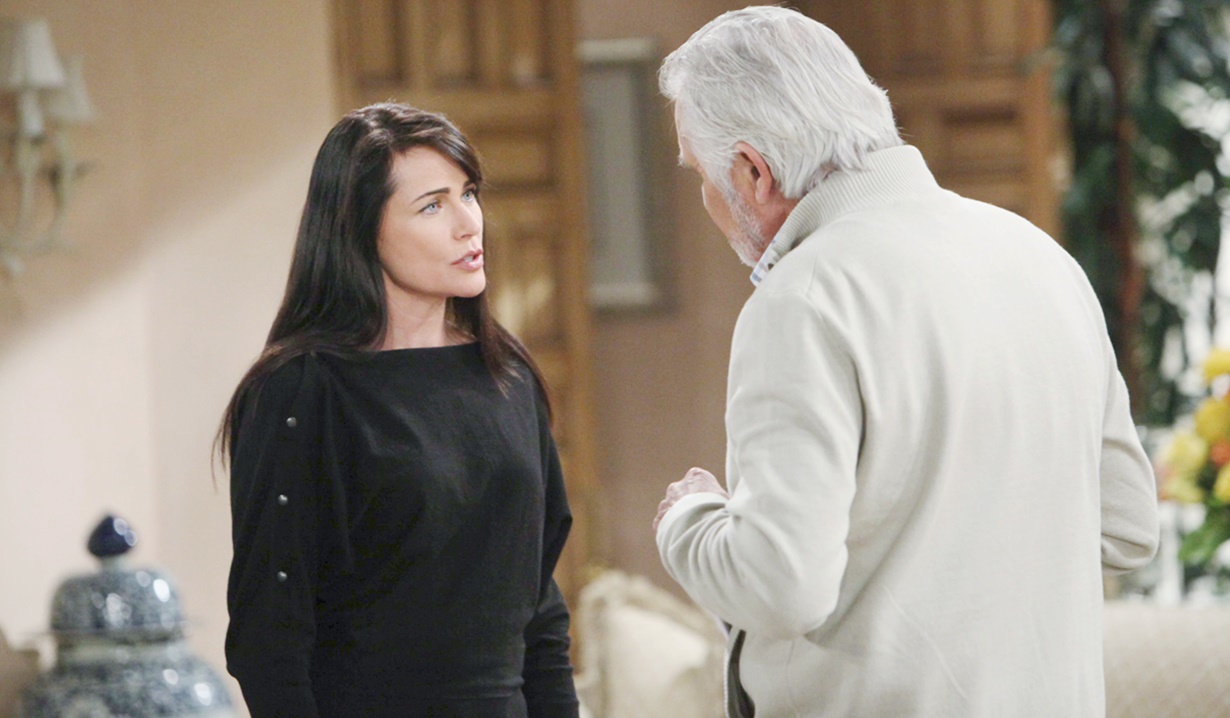 At Forrester Creations, Ridge and Steffy speculate about Eric and Quinn’s marriage. Carter appears with documents for Eric in hand, and Ridge realizes his father is leaving her. Ridge feels Quinn doesn’t deserve this. In the design office, Katie reminds Wyatt she was married to his father, and he counters that both times were epic fails and Bill has moved on, so why can’t she? Charlotte enters with Wyatt’s favorite coffee and flirts with him. Once she exits, Wyatt tries to kiss Katie, but is interrupted by a call. Katie looks reflective as he exits. Later, Wyatt disconnects and reads a text from Katie, asking him to meet at Il Giardino.

In the Forrester mansion living room, Quinn tells Eric she messed up, but that shouldn’t erase all the good that came before. She cries that hurting him made her sick; proof that being with him changed her. Carter arrives with documents. Eric challenges Quinn – if she’s really the woman she claims, she’ll let him go and sign the divorce papers. Quinn reads the documents as Eric announces she’ll be banned from the house and company and a restraining order will be issued. Quinn murmurs that she’ll get no money and will have to leave her home. Eric asks her to let him move on. Quinn signs and sobs that she’ll love him forever. As she’s leaving, Eric tears the document in half and says, “I needed to be sure.” He dismisses Carter, and calls Quinn to his side. Eric sees her regret; she was ready to give up everything. Quinn sobs as Eric confirms he wants to try again. Quinn assures him he won’t regret it, and they embrace.

More: Latest news for B&B and all four soaps

In the hotel room, incense wafts through the air, as Beatrice sketches Sheila. Charlie reminds Sheila that Eric is married to Quinn. Sheila sniffs, “For now.” Charlie’s still worried about being associated with Sheila, who reminds him that she figured out what was happening on her own, and states that Quinn doesn’t deserve Eric. Charlie spouts off about her interference in the marriage, then spots the drawing. He scoffs that she wants the portrait hanging over Eric’s mantle. Sheila vows to achieve it – if Charlie, or anyone else believes it’s not going to happen, they’re in for a big surprise.

At Il Giardino, Wyatt and Charlotte realize that Katie texted both of them to meet there, and is trying to play matchmaker. Charlotte’s fine with it, but when she steps away, Wyatt calls Katie to complain. Charlotte returns and kisses his cheek. At Forrester, Katie agonizes over whether to call Wyatt back. Elsewhere, Ridge tells Steffy he hopes this latest disaster will help him grow up – he lost Brooke forever, and now Quinn’s lost Eric. Later, Wyatt returns to the design office and kisses Katie passionately. She protests briefly before kissing him back.

Wyatt and Katie discuss whether or not to pursue a relationship. 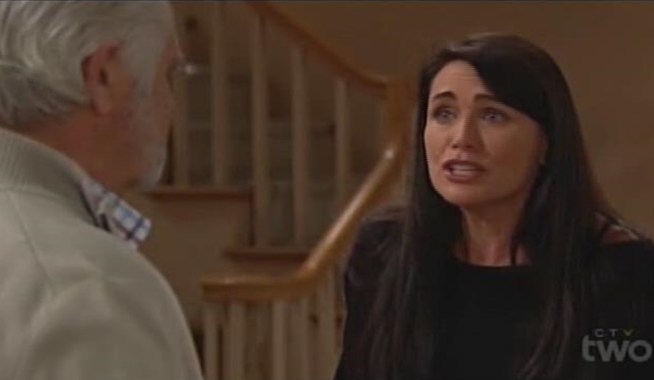 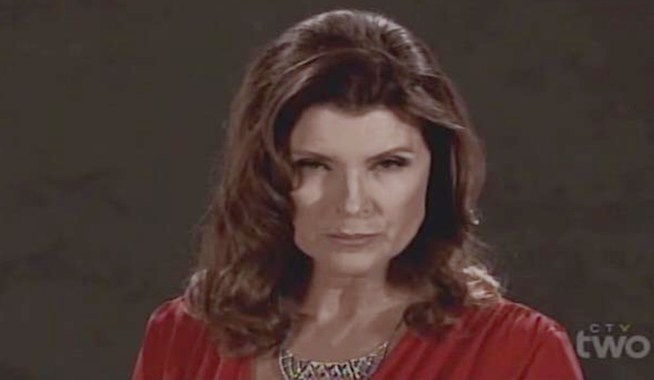