Friday July 28 2017: Sheila works on Eric, Quinn learns Ridge saw her husband, and Bill welcomes everyone to the Spencer Summit. 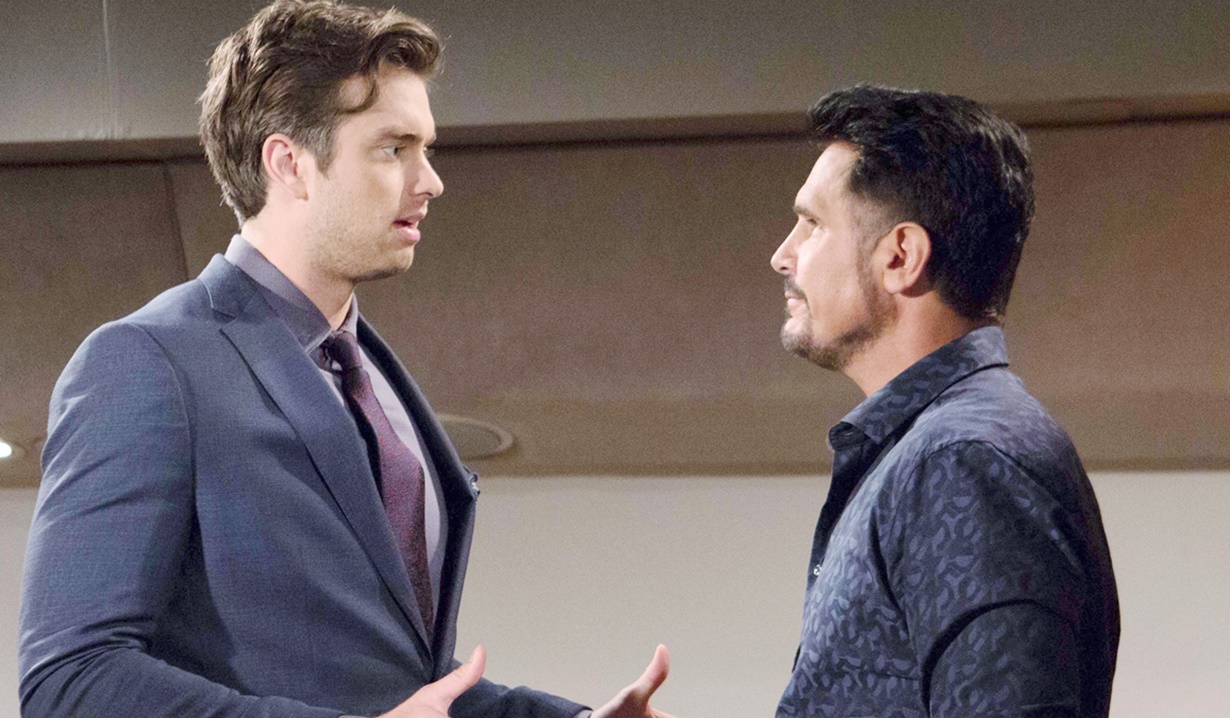 On the private jet, Sally adjusts to the luxury of Thomas’ world, Katie and Wyatt enthuse about how much fun Monaco will be, and Bill opines to Brooke that he should have insisted Caroline join them. Katie and Steffy discuss publicity, and Sally calls over to the ‘princess’ that she’s going down. Nearby, Bill and Brooke schmooze before he launches into a surprising speech about supporting charities who help suffering people. The spotlight turns on Wyatt and Katie as Bill calls for a toast. After, Bill pulls Thomas aside and pressures him to think about Caroline. When he rejoins Sally, she notices he seems distracted. Bill makes another speech about healthy competition among families and manages to bring up Douglas as he declares that family comes first.

At home, Quinn tries unsuccessfully to reach Eric. Ridge arrives and reports that he’s seen his dad, who is at a hotel with Sheila. Quinn learns Steffy and Liam found him first, and that he doesn’t want to see her. Ridge urges her to stay away and give Eric some time. Quinn reluctantly agrees, but says she’ll be waiting when he eventually comes home. Once alone, Quinn stares forlornly at her portrait as she flashes to Eric proposing.

In his hotel room, Eric looks at Quinn’s text messages as Sheila knocks on the door. She talks her way in with takeout sea bass, then pretends she doesn’t want to impose. Eric wonders since when, and tells her to sit. Over dinner, Sheila describes how the new Sheila was born in prison. She reveals she thought a lot about Eric inside, and assures him he wasn’t wrong to love her. They switch gears to Eric’s current situation. He feels like such a fool. Sheila jumps on the bandwagon, grousing about their betrayal. Sheila regrets hurting him as well, and is thrilled he’s let her in enough again to kiss her. Eric downplays it and announces he’s tired. Sheila goes. Eric flashes to a happier time with Quinn.

In Monaco, Bill welcomes everyone as Brooke smooches his cheek. He thanks everyone and urges them to shoot for raising a million dollars for charity. Zende and Nicole are there, and enthuse about his first show as a designer. Sally marvels to Thomas about the yachts and the great press. Thomas feels they can pull off the upset of the century and spins her around. Katie and Wyatt confer with Eva the publicist, and Steffy steps up to say the Forrester vs. Spectra showdown is on. “May the best fashion house win!” 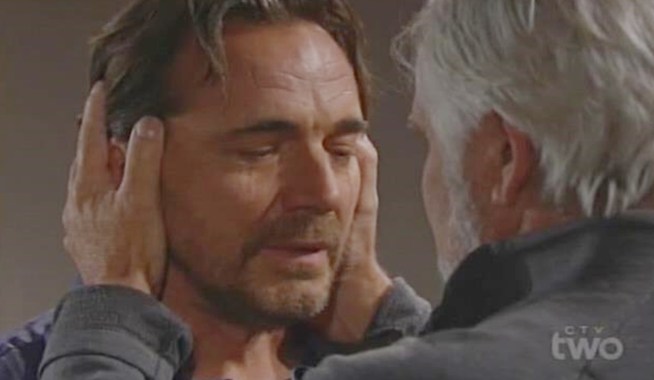 A devastated Ridge sheds tears as he's disowned by Eric

Thomas stresses about Caroline as Forrester and Spectra square off 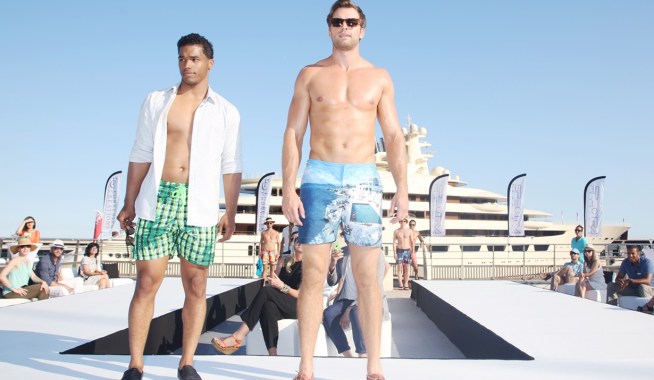