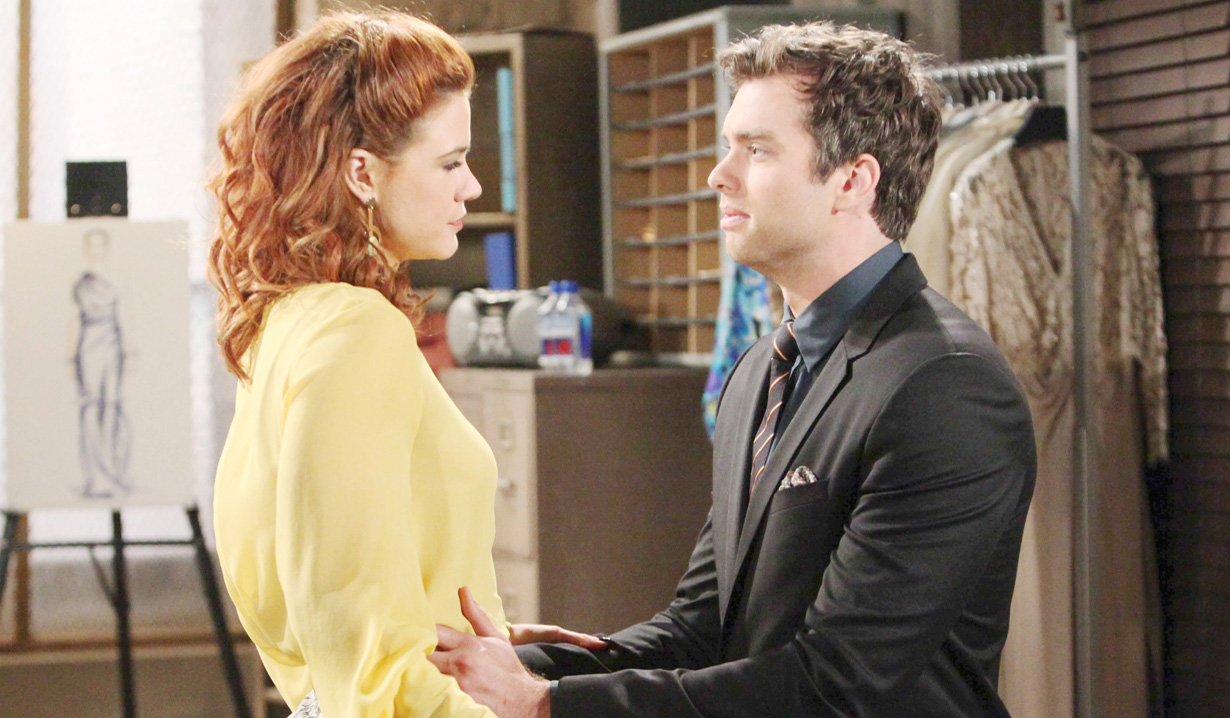 At Forrester Creations, Ridge admits to Steffy that something happened between him and Quinn. He grunts about their ‘few kisses’ and Steffy is suitably appalled and disappointed in his betrayal. She realizes it’s why Brooke called off the wedding. Ridge is fresh out of excuses; it was stupid. Steffy doesn’t blame her granddad for taking off, and notes Ridge hurts everyone in his life. Her father wants a chance to make things right. Steffy’s unsure. She worried that Quinn would ruin Eric’s life, but never thought Ridge would help her do it.

Outside the Forrester mansion, Quinn hopes that Eric will be home. Inside, someone walks around holding a gun. Quinn walks in and gasps when she sees Liam appear with the firearm. He quickly reassures her. Quinn learns Liam has seen Eric and peppers him with questions. Liam, in turn, asks her what she did to drive Eric away. She doesn’t want to reveal anything, but he warns Steffy will eventually find out.

At Spencer Publications, Alison looks on as Bill gushes happily about seeing Caroline and Douglas. Caroline giggles as he tells the boy he has Spencer blood. Alison takes Douglas so Bill and Caroline can talk. Bill guesses Caroline is still hung up on Thomas. Caroline admits she messed up and now it may be too late because of Sally. Bill opines that Thomas can’t think for himself – she has to think for him. He notes he has one good reason to want Sally out of the picture, now he has two. Caroline grins. “Are you offering to help me, Uncle Bill?” Bill confirms it. They agree Thomas’ focus needs to be back on his family where it belongs, and Sally can’t stand in the way of it. Caroline can’t understand him being with someone like her. Bill feels Sally doesn’t stand a chance against Caroline.

In the office at Spectra Fashions, Sally wonders to Thomas if they should be engaging in a fashion duel with Forrester Creations – Bill sabotaged Spectra before, which makes the Spencer Summit enemy territory.

Thomas knows it seems like a risk, but he doesn’t want to play it safe. Thomas vows they’ll see a whole new Sally Spectra at the Summit as he’ll be right there with her. They kiss. Talk turns to Caroline and Douglas. Sally notes they’ll be a part of Thomas’ life and reassures herself there’s no reason to feel insecure. Thomas’ confirms Caroline is not the one he wants to go home to at night. Later, Bill shows up and needles Thomas about leading Sally to believe she can compete with Forrester Creations before confronting him about Caroline. Thomas reminds him she left him. Bill counters that he left his son’s legacy in the dust to be selfish. He urges him to put Sally and Spectra where they belong – in the garbage.