B&B Recap: After a shooting, someone goes down

Friday July 14, 2017: Quinn continues to worry, Liam and Steffy begin their search for Eric, and Caroline makes a confession to Thomas. 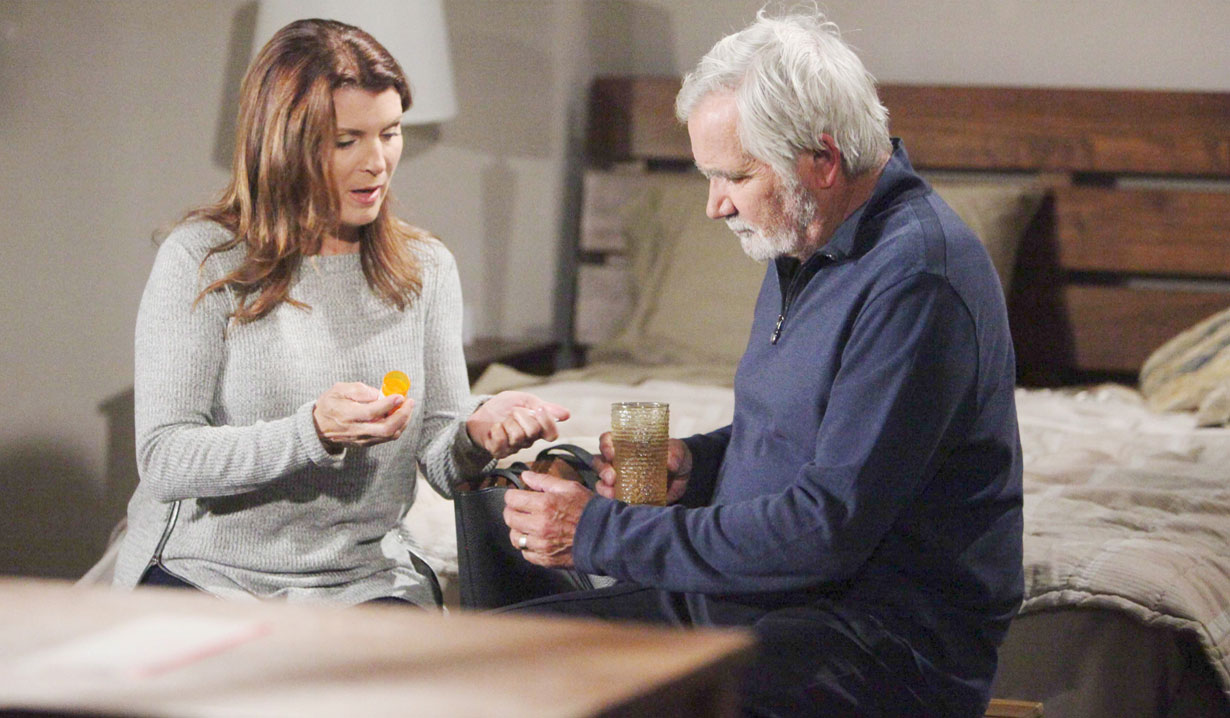 More: It’s Christmas in July with Patrick Duffy in a Hallmark premiere this weekend

Liam tries to preoccupy Steffy with kisses in her office at Forrester. Steffy can’t stop talking about Sally confronting her over Caroline. Suddenly, Quinn calls Steffy and reports that Eric’s missing – he took off with Sheila.

At Thomas’, Caroline comments how nice it is to spend time together. Thomas agrees, even though they aren’t together, and vows that Douglas will always know they’re a family. Talk turns to Caroline returning to Los Angeles. He would love that. She recalls how much he cared about her, which Thomas confirms, and says, “It’s not too late… We can give Douglas the family that he needs.” Caroline blames herself for leaving, but needed to spend time with

her moms. Thomas understood but admits how hard it was to lose her. She expresses how much she missed Thomas and how it hurt to learn he’d moved on. He touches her cheek, knowing how much of a fighter Caroline is. “I always win too.” She smiles. Sally reappears in the doorway and interrupts. There’s a level of cattiness between the women, as Caroline informs she’s not returning to LA anytime soon. After Caroline and Douglas leave, Sally comments how gorgeous Caroline is and admits, “Okay, she wasn’t terrible.” Thomas asks Sally to give Caroline a chance. Sally knows Caroline wants him back but Thomas says he only wants her. As they embrace, both stare off in the distance.

More: B&B character contributes to how sexuality has changed in soaps

Liam and Steffy arrive at the mansion. Quinn fills them in on Eric’s disappearance but doesn’t elaborate on what she and her husband had been

fighting about. Liam wonders if Sheila would physically hurt Eric. Quinn’s pretty sure she felt a gun in Sheila’s purse. They convince Quinn to go looking for Eric while Liam opens a laptop and tries to track his phone. Steffy steps away, returns with Stephanie’s gun and says, “We can’t take chances. That woman is evil.” They get a ping on Eric’s phone and rush off.

Eric wakes up in his motel room to find Sheila staring over him. She picked up his meds and doles out his pills. Eric wonders if she had any run-ins. “Your cheating wife doesn’t like me too much.” Sheila assures Eric she didn’t give away his whereabouts, puts a comforting hand on his arm and instructs him to take his meds. Eric does so but reminds

Sheila there can never be anything between them. She knows but promises to always be there for him. Suddenly, there’s banging on the door. Sheila opens it, and Steffy and Liam barge in. They see Eric’s fine but Sheila orders them out. They beg to know why Eric’s so angry with Quinn. “Ask your father,” Eric replies, as Sheila tries to shove Steffy out the door. Steffy holds her ground and Sheila heads to her purse to show them ‘what she’s doing’ with Eric. Liam gasps. He thinks she has a gun, so Steffy pulls out Stephanie’s gun, aims at Sheila and fires. Eric rushes to Sheila as she falls to the ground, glaring at his granddaughter.

Steffy learns what happened between Ridge and Quinn.