Thursday June 1, 2017: Thomas reveals his plans to Eric, Katie gives Ivy something to think about, and Quinn worries Katie will see her guilt. 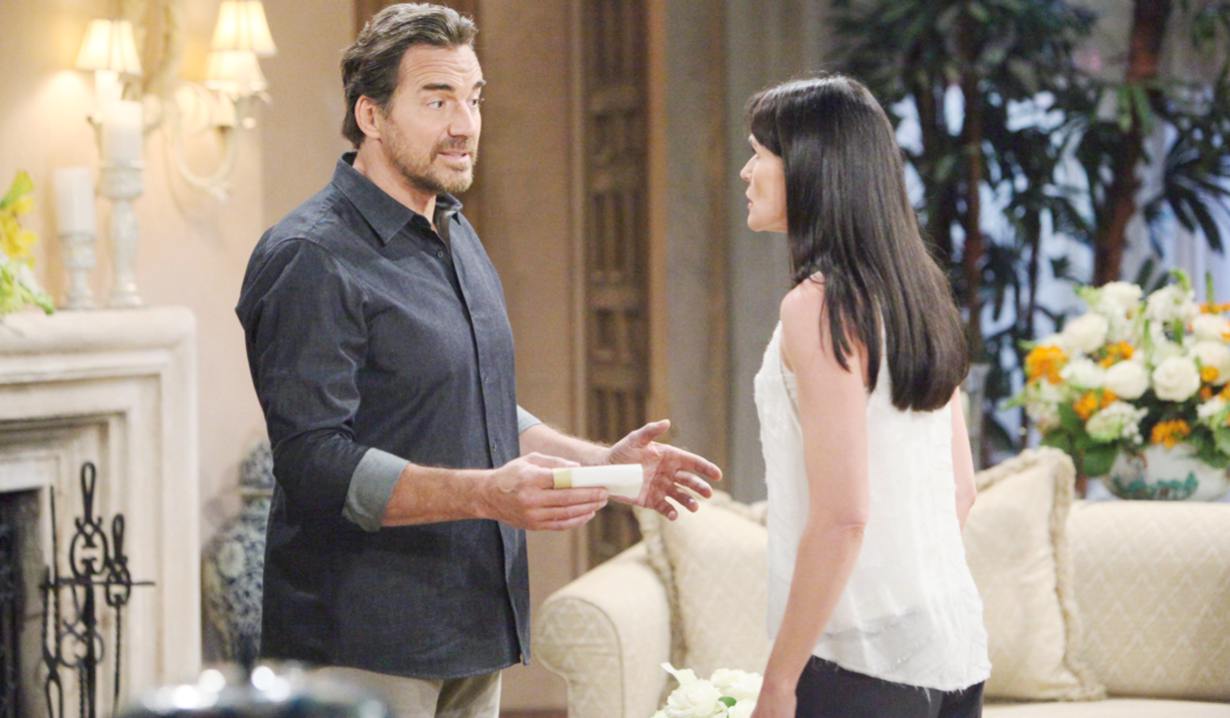 In the guesthouse, Quinn makes a vague attempt to halt the make-out session with Ridge, but they keep kissing. After a while they pull apart and wonder what they’re doing. They get up off the bed as Quinn frets that they’re sick, and Ridge assures her that it’s all good because they stopped. Quinn, shaken, heads to the main house to shower before dinner, and states, “Never again.”

At Forrester Creations, Eric and Thomas laugh about Pam putting an ‘out sick’ sign on her desk because she hated her new hairstyle. Talk turns to Thomas’ difficulties with Ridge and Eric ruminates about the nature of father/son relationships. Thomas admits he wishes Eric had stood up for him more; he’s tired of being angry and of being passed over. He reveals that he will not be returning to Forrester Creations. Eric wants him to take some more time, but his grandson apologetically refuses. Thomas wants to know his true potential, which leads Eric to realize he plans to partner with Sally. He begins to argue against it, but then wishes Thomas well, noting he’s a lot more like his father than he thinks. Eric urges Thomas to test himself, but remember this is home.

In the Forrester design office, Ivy learns that Katie is having dinner with Eric and Quinn, and Ridge will also be in attendance. They discuss the question of Quinn and Ridge. Ivy feels there’s no reason for concern, but Katie thinks their closeness is a problem. She point out they’re both incredibly destructive self-sabotaging personalities. They switch gears to work. Katie feels Quinn may be setting herself up to fail. She asks Ivy, “Who deserves our loyalty? Eric or Quinn?” They argue about whether or not Eric should be told and what the implications would be. Katie observes that Ivy must feel the taint on her relationship with Eric, and questions herself – how good a friend is she being by keeping him in the dark? Ivy wants her to let it go, but Katie cries about how she’s looked up to Eric her whole life and the misery caused by lying to people for their own good. Once alone, Ivy considers Katie’s question about who deserves their loyalty.

In the Forrester mansion living room, Ridge and Quinn are rehashing their situation when Eric appears. He wonders if they’re discussing the same issue he heard about from Katie. Ridge and Quinn protest until Eric asks, “Are her designs really that bad?” Quinn audibly exhales in relief, and Ridge chirps that they are planning a signature line for her. Pleased, Eric reveals he invited Katie to dinner. He heads up to change, and Quinn worries to Ridge that Katie will look at her and knows something’s changed. Katie enters and Ridge slips into host mode as Quinn stews. 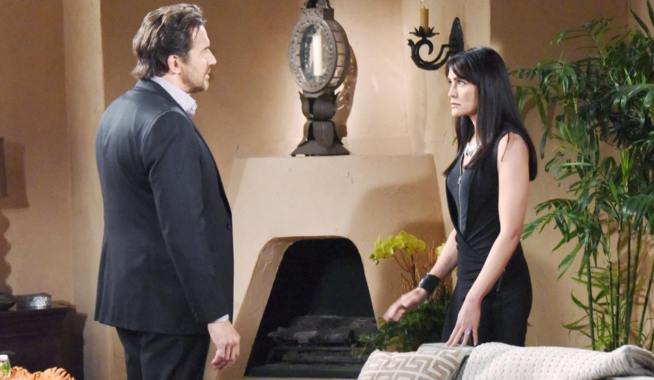 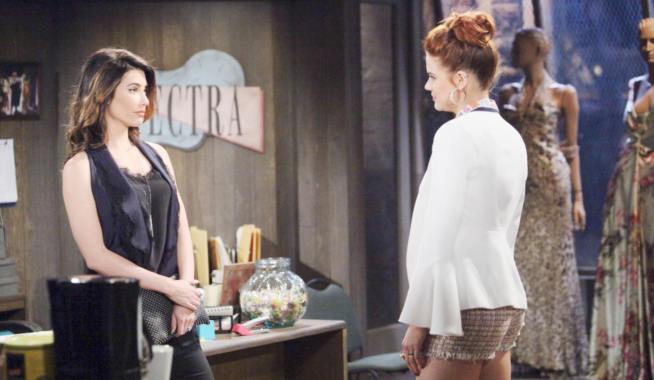