Wednesday May 31, 2017: Eric encourages Katie to be honest, Quinn complains that Katie's become dangerous, and Thomas puts Saul on notice. 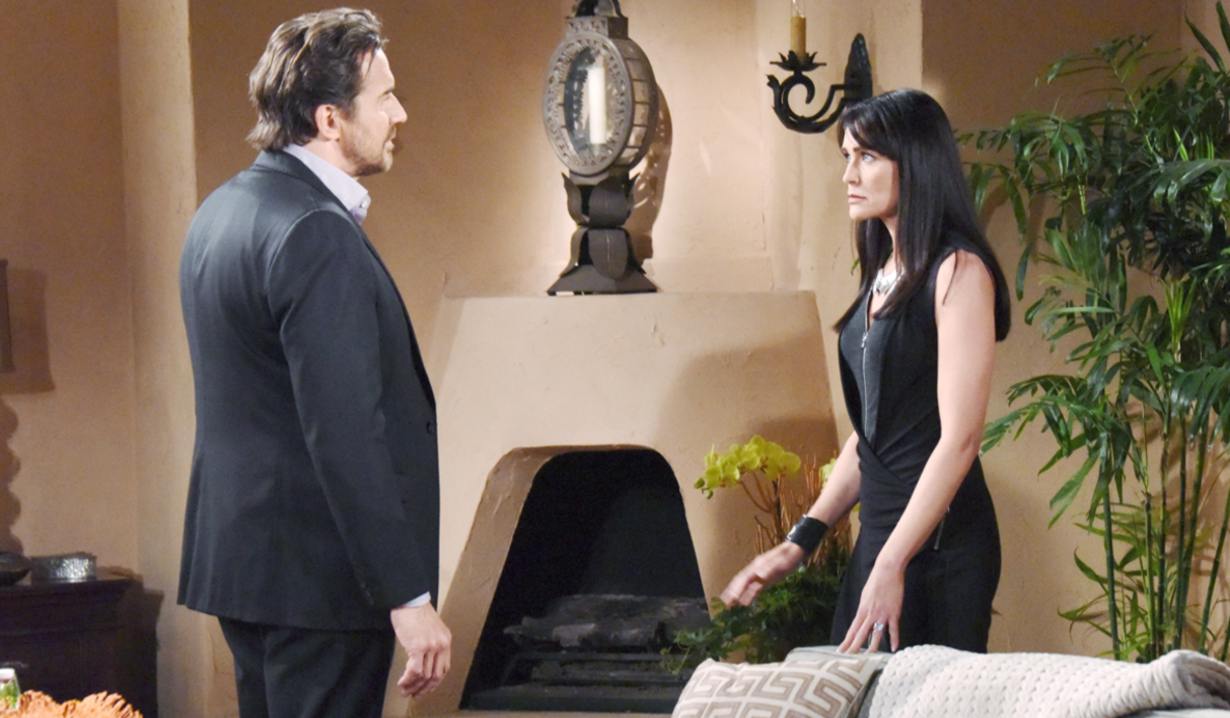 At Il Giardino, Eric knows Katie has something to tell him and invites her to do so. Katie hedges about why Quinn would have agreed to work with her. Eric feels Quinn is working to bring everyone together. He enthuses about how close they’ve all become – in fact, Ridge is living in their guesthouse. Katie muses, “Oh really?” Katie talks about how grateful she is to be working at Forrester Creations. Talk turns to her dating life. The brunette wants someone reliable. “There’s not that many men in Los Angeles like you.” Eric understands her seeking loyalty and loves that they can be honest with each other. He urges Katie to communicate with Quinn, and invites her to join him, Quinn, Ridge, and Wyatt for dinner tonight. The elder Forrester caps their talk off by musing that he’s been spoiled by his wife’s loyalty.

At the Forrester mansion guesthouse, Quinn complains to Ridge that Katie is making threats about revealing their indiscretion. Ridge stresses that he is Eric’s son; his dad can’t find out about this…ever! He encourages Quinn to just use Katie’s jewelry. Quinn argues that it’s not good enough and she won’t be blackmailed. They rehash how they got to this point. Ridge insists it’s over and he doesn’t think about it. “Do you?” Quinn hollers that she wishes she could take it all back and regrets drinking the tequila that made her open up to him. Ridge yells that he didn’t even like her and then kisses her. They fall onto the bed as they make out.

In Sally’s office at Spectra Fashions, Sally makes an appeal to Coco to find it in her heart to give her another chance. Thomas thanks Coco for hearing him out and leaves them to figure it out on their own. The sisters discuss Thomas deciding to come on board as a partner. Sally says the only person who ever had more faith in her was Coco – she regrets letting her down. Coco reiterates that she used her, and wonders how she could ever trust her again. Sally reminds her she took full responsibility, and pleads with Coco not to give up on her. Elsewhere, Saul acts cool toward Thomas, who shares that Sally is currently trying to patch things up with Coco. He reminds him he was the one who set Coco up to spy. Saul glares as Thomas accuses him of forcing a wedge between the sisters with his actions, and warns he’d better hope they can fix this. Saul responds that he’s loyal to Sally. Thomas maintains he never should have encouraged her to betray her little sister. In Sally’s office, the conversation turns emotional between the sisters – it was always them against the world. They both cry as Coco agrees to forgive Sally, who vows, “You can count on me. Always.” 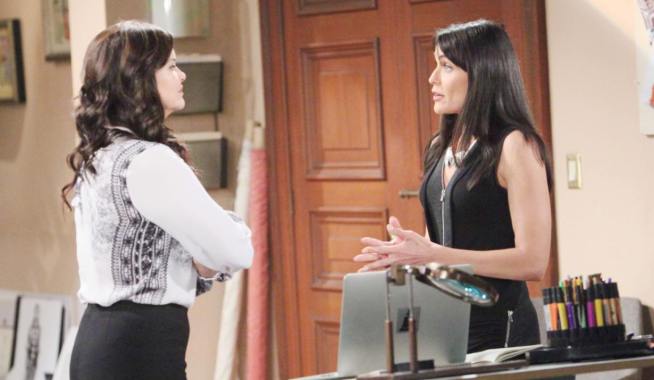 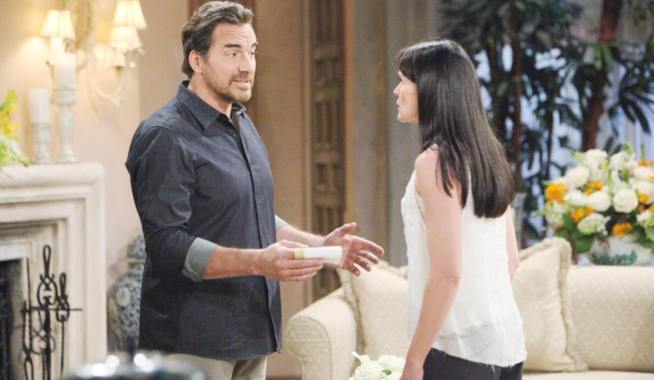