Thursday March 23, 2017: Shirley is unhappy with Sally’s decision, Ridge follows Quinn up the beach, and Steffy issues a warning. 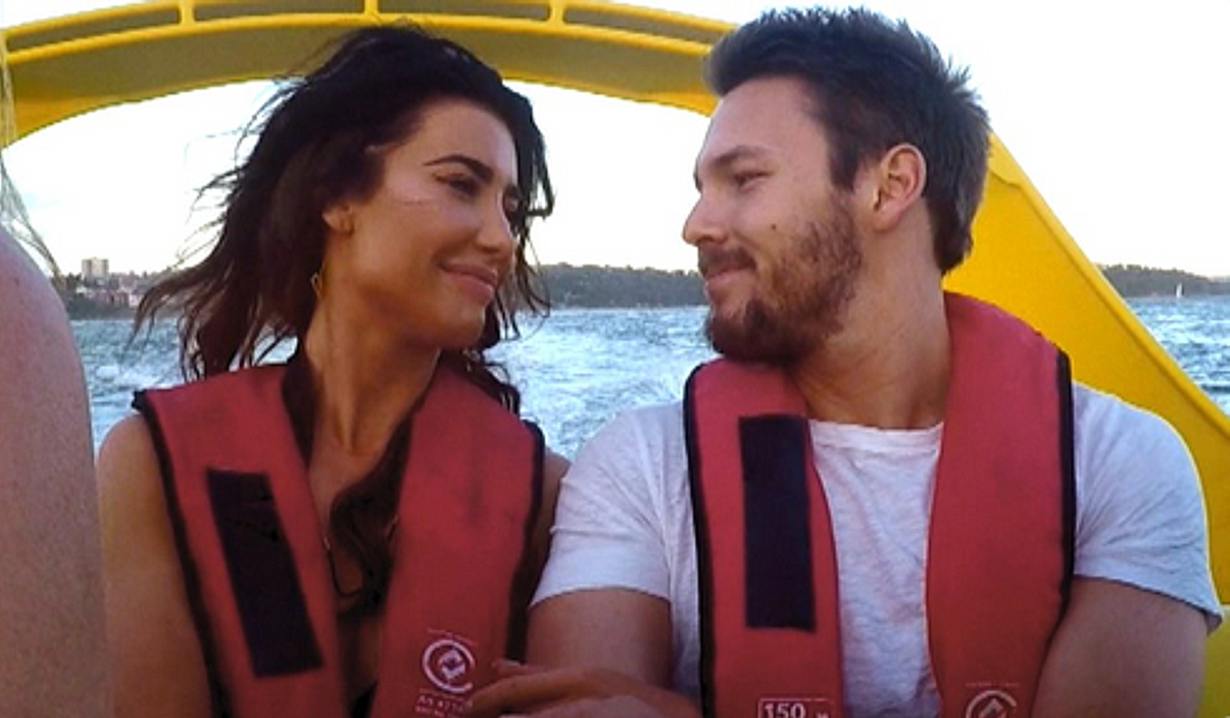 In Australia, Steffy and Liam continue the speedboat ride with their wedding party. After, they adjourn to Shelly Beach for the reception, and take part in an Aboriginal ceremony. They grab drinks and Steffy gets edgy with Thomas about Sally’s presence, noting that she didn’t invite her. “Just keep her away from me.” Sally worries she should go, but Thomas tells her to stay. She smiles up at him. “Okay, fine.” At the bar, Katie wonders if Bill is thinking about Brooke marrying Ridge. Bill mutters about the lobster. Ridge and Brooke canoodle, and she enthuses about being next to get married, as Eric and Quinn look on. Quinn points out Sally Spectra, which shocks Eric momentarily. Next, the group is serenaded and Liam makes a heartfelt speech to his bride. The guests take turns wishing them happiness and joy. Steffy is thankful they all took the journey with them. “Now, let’s party!” Dancing on the sand ensues.

News: Scott Wolf to appear on Live With Kelly

Later, Eric encourages Quinn to walk up the beach; he’ll catch up. He asks her to kiss him like it’s the last time, which disturbs her. She insists their love will last forever. Meanwhile, Ridge assures Brooke he can’t wait to get married. She wanders off and Ridge sighs. By the water, Sally flashes to Shirley insisting that she needs to come through. Thomas joins her and they rehash whether she should be there or not. Sally feels she doesn’t fit in with his family. Thomas likes what he sees. Sally declares it’s official – she’s a sucker for his smile. Once alone, Sally looks at her phone, but doesn’t post anything. A reporter corners Sally and needles her about riding Steffy’s coattails. Sally snaps at her to buzz off and walks away. Her Grams calls and is livid to hear she won’t post wedding photos, accusing her of falling for Thomas. Sally is then accosted by Steffy, who warns her not to dare ruin this day for her family. Up the beach, Ridge approaches Quinn, who smiles invitingly and talks about how grateful she is to be accepted by the family. Elsewhere, Eric and Brooke reflect on the thirty years since they met and their families became intertwined. “To us!” They flash through their history.

Sally suffers the consequences of attending an event she was not officially invited to.

B&B Recap: Brooke seethes at what...