B&B Recap: RJ and Brooke go to bat for Coco after a near miss

Tuesday March 7, 2017: Ridge has a change of heart, Saul crushes on Sally, and Sally reveals details about her parents. 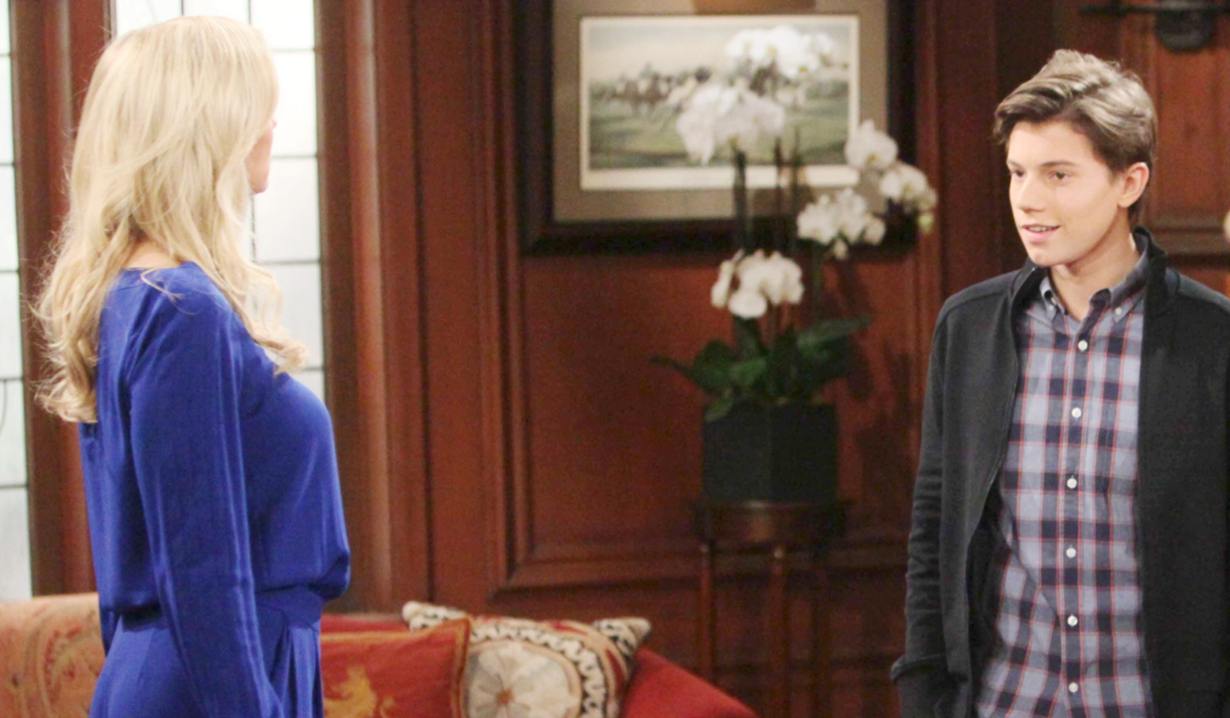 In the cargo bay at Forrester Creations, Coco hollers RJ’s name and pulls him to safety as a loader of boxes just misses him. Ridge comes running. Once up in the office, Ridge tends to Coco’s bleeding head as Brooke comes in panicking. Ridge calmly relays the details of the incident and notes Coco saved their son. Brooke and Ridge thank Coco profusely as RJ pressures Ridge to reassess his opinion of the girl. Ridge gruffly insists she can’t work there. RJ snaps that he won’t allow Coco to get fired and presses Ridge to give her a chance. Brooke chimes in, and Ridge gives in with a sigh. Coco is appreciative. Once alone, Brooke gushes about Coco sacrificing her life to save RJ’s. She coyly suggests she may have a crush on him. Elsewhere, Coco sincerely thanks RJ for standing up for her. RJ jokes, “No thank you, for standing up to that forklift.” He turns serious – he feels he was destined to meet her. They blush and act awkward. RJ kisses her. Still in the office, Ridge has a weird feeling about Coco, but Brooke coos at him to cut her some slack. Ridge intones, “She’s a Spectra.”

At Spectra Fashions, Sally and Saul rehash setting up Coco to spy for them. Sally isn’t thrilled about it, but asks Saul to show her what he’s got. Saul reveals a tiny camera and confides it can record for hours. Sally narrows her eyes and asks, “It’s just as good as being there?” Saul confirms it. Saul suggests planting it in a brooch. Sally scoffs that teenagers don’t wear brooches. She spots a necklace that Coco admired and decides it could work. As Sally muses about giving her sister some earrings too, Saul stares at her, and imagines her calling his name in a sexy voice. After, talk turns to Saul Sr. having a crush on her Aunt Sally, and Saul Jr. recalls he once proposed to her.

Saul asks Sally about her parents. Sally shrugs that Shirley took care of them. Saul softly pushes for more details. Sally reveals her parents weren’t around when she and Coco got older – trouble follows Spectras around. She goes on to say her parents did some sketchy stuff – involving cards, which weren’t the only thing they were dealing. Sally matter-of-factly states they come from a long line of con artists. Saul is relived Shirley was there for them. Sally’s put out that they’re going back to being knock-off artists and remarks on Coco being innocent; maybe she’s destined to become one of them. Saul is sympathetic. Sally shrugs that it toughened her up, but Coco is guarded…especially around guys. Later, Saul reveals the camera in the necklace. Sally’s suitably impressed, but is still unsettled about deceiving Coco. Saul pleads that it’s the only chance they’ve got.