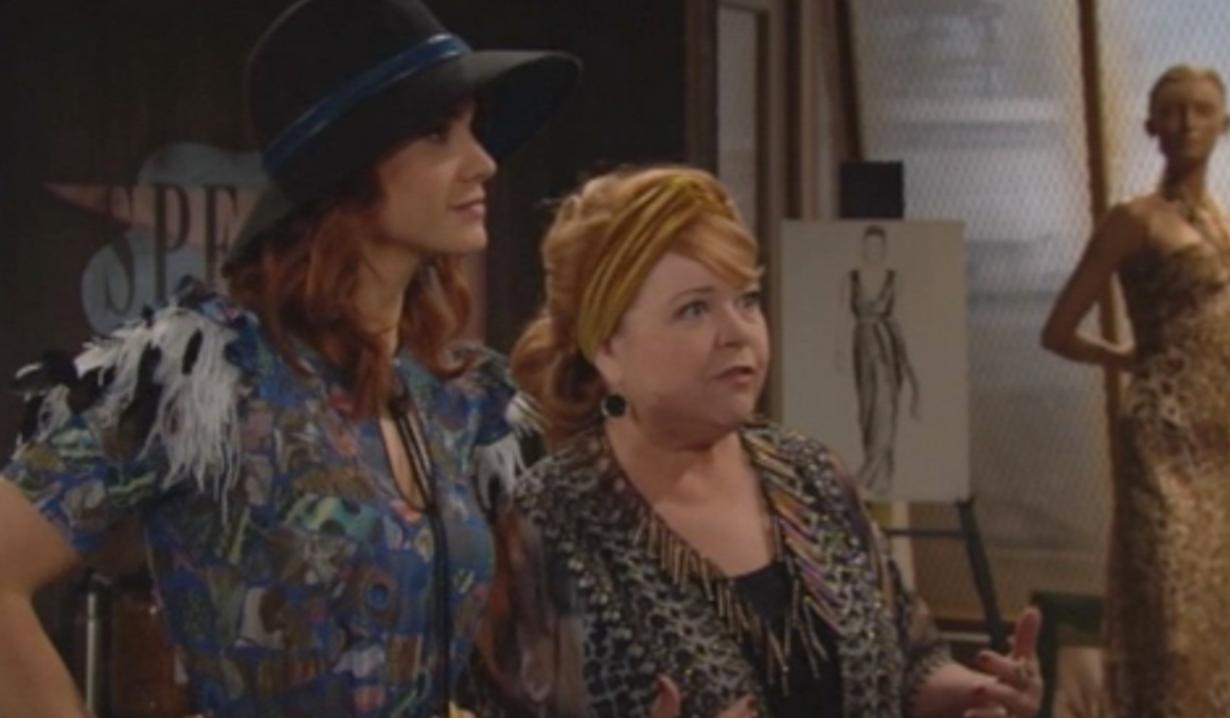 At Forrester Creations, Rick teases the eager RJ about whether he is ‘up’ for taking on the interns. Maya is excited when Zende and Nicole arrive fresh from their honeymoon. Laughing and joking ensues as the couple shows off their vacation photos. Talk turns to Steffy and Liam’s upcoming wedding in Australia, and Thomas shares that RJ is now in charge of the interns. RJ, warming to his new position, hands out a list of new interns. Rick is dismayed to see the name of a Spectra on the list, frowns, and tightly declares it’s not happening. Thomas vouches for Coco, as Rick admits her resume is impressive. Talk turns to Sally’s recent antics. Thomas smiles indulgently; he thinks it’s hilarious. Maya doesn’t feel Spectra will be around long, so Coco doesn’t pose a risk.

In Sally’s office, she is exasperated over the plumbing not working. Coco arrives. Shirley enthuses about her first day as a Forrester intern and Spectra spy. Coco, clearly uncomfortable, tells them she’s not up for stealing. After, Sally argues with her team about whether they can use Thomas’ kindness against him and steal from Forrester. CJ arrives and grouses about having to pay to fix the leak. Sally assures him they are still in business and snaps her fingers at her staff to get moving. CJ rolls his eyes and pleads with her to accept that the Spectra comeback isn’t going to happen. Sally and Shirley indignantly protest, and Shirley insists they have a plan and won’t go down without a fight. CJ crosses his arms and demands to know the scheme. Sally wants a few more days. He scoffs, but Sally insists it’s already in motion. Once alone, Sally narrows her eyes and says like it or not, Coco is going to have to rob Forrester blind.

Related: February Comings and Goings for all four soap operas

Coco arrives at Forrester, where RJ introduces her to the others in the office. Rick narrows his eyes intimidatingly and asks the girl if she should really be there…and if they should trust her. Coco addresses his concerns head on – her Aunt Sally may have compromised their business, but she’s an honest person and never will. RJ and Coco step out, and Rick informs Thomas he wants what’s best for Forrester. In the hall, Coco paces nervously, but RJ grins at her – he was impressed. He hopes Rick will trust her as he does. Elsewhere, Zende tells Nicole he trusts Coco, but it’s up to Rick. They kiss and canoodle romantically. After, Rick calls RJ and Coco back into the office. He patiently explains their concerns. Coco would understand if he had to let her go. Thomas reveals that they are going to give her a chance. Coco is thrilled and thanks them effusively for believing in her. She turns to smile at RJ, who welcomes her.

Charlie confesses his suspicions regarding Quinn and Ridge to Pam.