B&B Recap: Ridge is forced to explain his new view of Quinn

Wednesday January 25, 2017: Wyatt spreads the news about his divorce, Steffy and Liam celebrate being together, and Quinn’s suggestion stuns Eric. 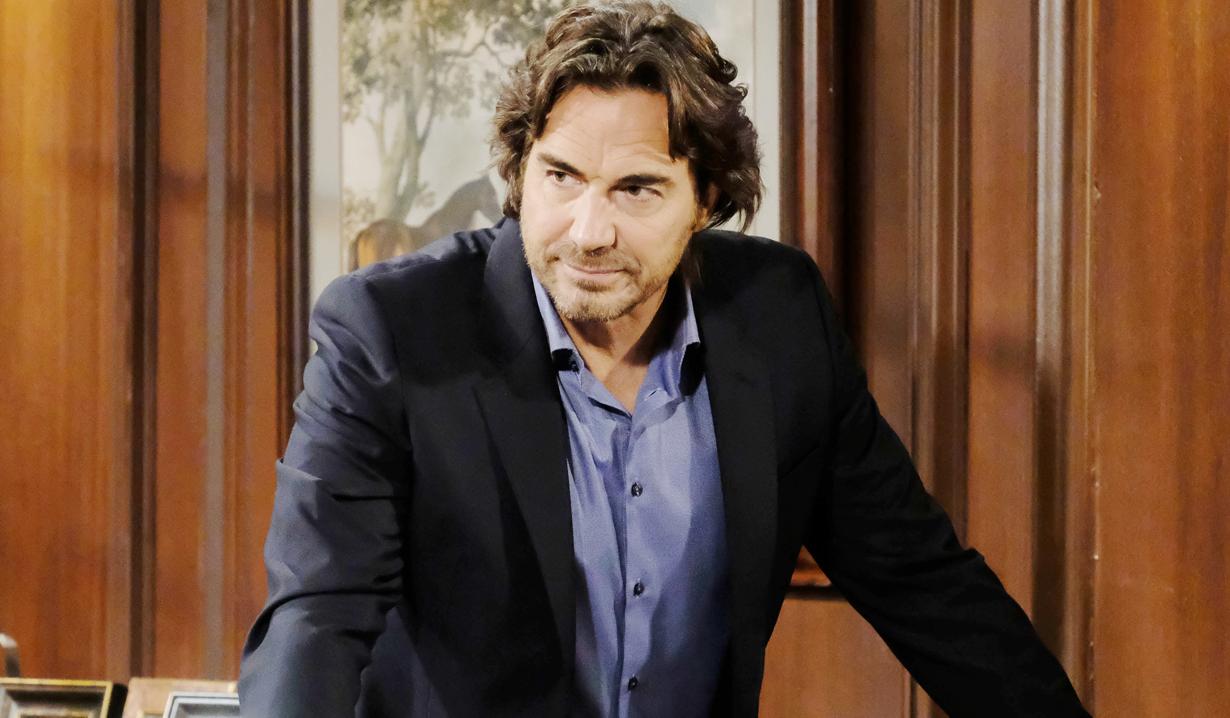 Steffy and Liam arrive at home in Malibu dancing, kissing, and celebrating the end of her marriage. Liam wants to know what happened at Wyatt’s place. Steffy says he let her go – he even had the tattoo doctor come. She shows him her wedding band is completely gone. They toast to Steffy being completely free to be with Liam. As ecstatic as he is to have her back, Liam feels for his brother. Steffy will always care about Wyatt. Liam is fine with that, and plans to thank Wyatt for stepping up to do the right thing. They cuddle as Steffy purrs, “I’m all yours.” Liam pulls her into the bedroom, where they undress and make love. After, they marvel at being in their bed again, laugh about their disagreements, and rehash the difficult time prior to their reunion. They express their love and kiss again.

At the Forrester mansion, Wyatt updates Quinn and Eric that his divorce is finalized; he loves Steffy but can’t force her to feel the same. Eric comforts Quinn. Wyatt needed to let Steffy go for both their sakes. He reveals he started removing his ring tattoo, which will soon be part of his past, just like Steffy. Talk turns to Quinn and Eric’s relationship. Wyatt thanks them for showing them what a truly committed couple looks like.

He tells Quinn he’s getting back to his own life. She wishes him luck and they hug. After, Eric assures Quinn that Wyatt knows how to take care of himself. Quinn thanks her husband for supporting him. She talks about being a better person, and suggests that maybe they were a little harsh on Ridge by giving Steffy the CEO position. Eric is shocked. He can’t forget Ridge’s betrayal. Quinn argues that underneath the bluster he’s a sensitive guy; she understands he thought he had to save Eric – Wyatt would do the same for her. Eric wonders what she’s thinking. Quinn wants to approach Steffy about sharing the CEO position with Ridge. Eric is speechless. Quinn asks him to just think about it.

By Pam’s desk at Forrester Creations, she tells Charlie it’s time to start the meeting. They join Nicole, Ridge, Thomas, and Rick in the boardroom. Ridge passes around designs featuring Quinn’s jewelry. There is talk about using her or losing her. Ridge defends Quinn’s talent and says he can practically guarantee she won’t be a problem around there anymore. Rick and Thomas are both taken aback when he suggests they try to accept her. Nicole muses that it must have been some symposium. Pam asks if Ridge and Quinn are friends now. Ridge awkwardly says the trip changed their dynamic a little, that’s all. He continues to explain his change of heart where Quinn is concerned. Once alone, Ridge thinks about kissing Quinn.

Thomas resents being passed over for consideration for the CEO position.