The Bold and the Beautiful recap for Tuesday August 9, 2016: Bill presses Katie to sign a settlement, Ridge shares his concerns with Brooke, and Sasha and Thomas talk candidly. 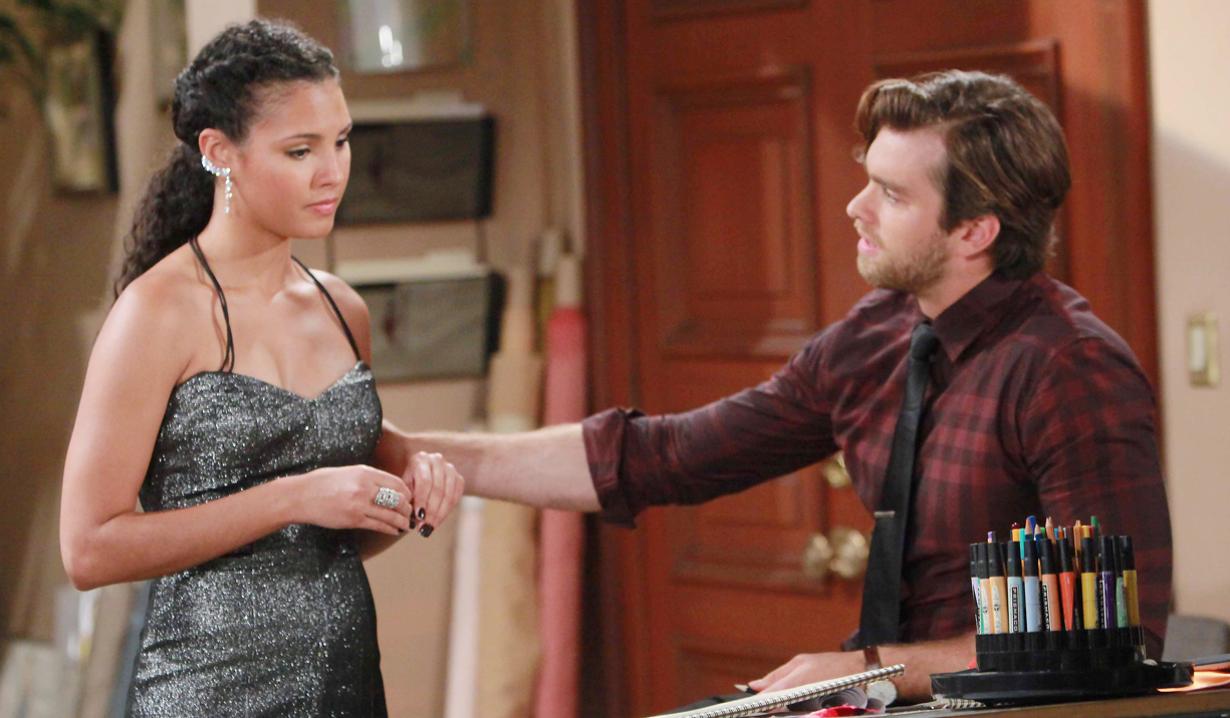 In Bill’s office at Spencer Publications he flashes to telling Brooke he loves her, and then calls her. He wants to see her, and won’t be going back to Katie.

At Forrester Creations, Ridge enters the office as Brooke tells Bill goodbye. They laugh at Bill’s refusal to hear that it’s over. Ridge breaks the news that Eric’s seeing Quinn Fuller. Brooke and Ridge figure it was Quinn’s idea for Eric to step back in as CEO. Ridge sweats about Eric being taken advantage of and the danger to their family and company. He’s going to put a stop to it. Elsewhere, Thomas works with Sasha, and confirms that he’s a daddy to Douglas, and Ridge and Caroline are getting divorced. When he wistfully mentions Caroline going to New York, Sasha surmises he still has feelings for her. Sasha dons a gown and fishes for compliments. Thomas warns she’s too good for that. Talk returns to Caroline. Thomas muses that ideally the mother of his child would love him and want to settle down to make a family. Sasha gets intense as she presses Thomas to promise that Douglas will always know a father’s love. Thomas reassures her, and they discuss her issues with Julius. Thomas doesn’t understand a father who won’t acknowledge their child. Sasha has tried to forgive Julius, but he’s left scars. She thanks Thomas for listening. Thomas enjoys working with her.

Katie joins Bill at Spencer, and he tells her the marriage is over so they should end it as quickly and painlessly as possible. Bill hands her a document that contains a generous settlement. Justin appears. Katie sniffs that he’s right on cue. Bill presses Katie to sign. He reminds her he agreed not to take her to court for incompetence. Justin urges her to read the settlement offer. Katie does – it’s $50 million dollars, plus use of the yacht and jet (subject to Bill’s approval), as well as the house and jewels. Bill thinks it’s a no-brainer for her to sign off. Katie muses about making a donation to Liam’s foundation since Bill won’t. Bill asks her again to sign. Katie gets a call from Brooke and Ridge to come to Forrester – it’s with regard to her future. Katie leaves Bill’s office without signing. Once alone, Bill flashes to his beach wedding with Brooke.

Over at Forrester, Brooke asks Ridge what’s going on. He explains he has a plan that will benefit everyone. Katie arrives. Ridge asks how Bill’s treating her. Katie says there’s a settlement offer, but she’s mainly concerned about Will. Ridge thinks there’s a chance for her to get more. Katie warns Bill’s threatened to go after custody and have her declared incompetent. Ridge advises her not to sign – she can have all of it as well as his Forrester shares. They explain the company is in jeopardy due to Eric seeing Quinn Fuller. Katie is aghast. Ridge says she’d be helping them secure the company. “You, me…and Brooke.”

Ridge and Quinn clash over Eric, as...