Summary for Friday June 24, 2016: Caroline can't cope with the lies, Katie demands the truth from her sister, and Bill sides with Wyatt at work. 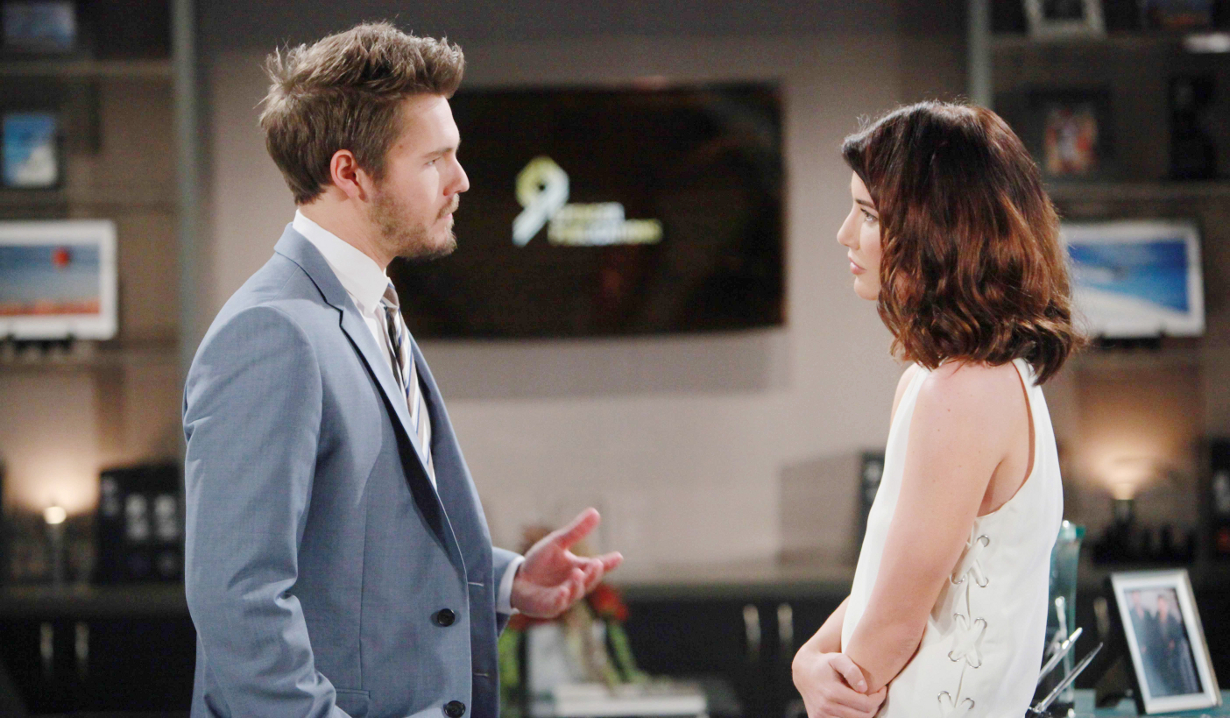 At the mansion, Caroline tells Ridge that it’s time they tell everyone that Thomas is Douglas’ father. Ridge begs her not to give up on their family. She says that too many people know to keep this a secret any longer. Breaking into tears, she tells him she’s exhausted from all the lying. Thomas urges his father not to keep doing this to his wife. Caroline tells him they can all be in the child’s life but she can’t live with the lie anymore. It’s not fair to Thomas or Douglas. This isn’t getting through to Ridge. They rehash the night she slept with Thomas. She says they need to accept the truth about that night so Ridge can let go of his anger toward his son. Ridge says he didn’t understand what that night meant until now. The baby cries. Ridge picks him up and says he’s not going to call him ‘son’ anymore. “Bye,” he says, handing the child to Thomas. Ridge stares at Caroline and then the baby.

At Katie’s, Brooke is in the kitchen with her sister, gossiping about Steffy and Wyatt. Katie goes on about how committed Bill is to their marriage. Brooke is glad to hear her being confident in her relationship. The topic turns to the Thomas situation. Katie thinks that Caroline would be better off with Thomas and suggests that Brooke tell Ridge that. She asks her sister who she has been seeing. “Don’t even think about lying to me,” Katie prods. She assumes it’s Ridge. Brooke shakes her head. When she won’t say who she is seeing, Katie guesses it is Bill. The little voice in her head keeps telling her not to trust Brooke. She demands that she tell her nothing is going on. Brooke refuses to answer. Her sister is relentless.

At Spencer Publications, Steffy listens as Wyatt and Liam debate business in front of Bill. Steffy thinks it would be nice to think of others. Bill insists that the company is a business, first and foremost. He tells Liam he can start a charity foundation on his own time but he needs him working for the dollars nine to five. Once Bill exits, Wyatt tells his brother he wants them to get along. He gets called away to a meeting and she agrees to wait around. Once he’s gone, Liam tells Steffy he needs to sink his teeth into the foundation so he can stop obsessing over her until she’s ready for them again. She reminds him she’s married. He’ll wait… not that it will be a long wait. They kiss. He snaps out of the fantasy. Steffy is impressed by his generous streak. As he lurches toward her, Wyatt returns and escorts his wife out.

Steffy markets herself on social media. 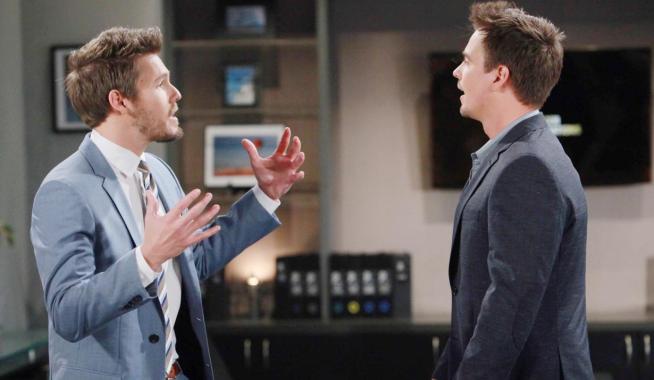 B&B Recap: Thomas wants to be with Caroline, and Brooke tells Bill goodbye 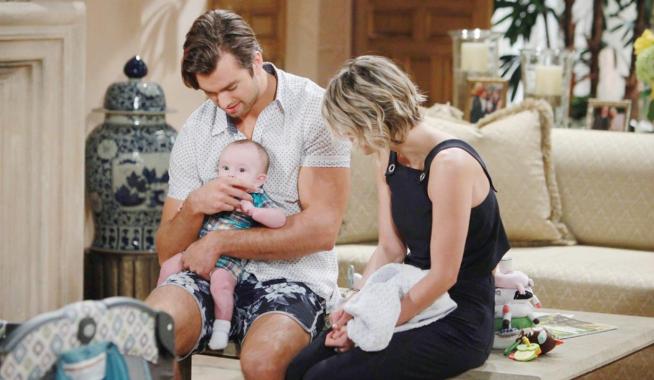