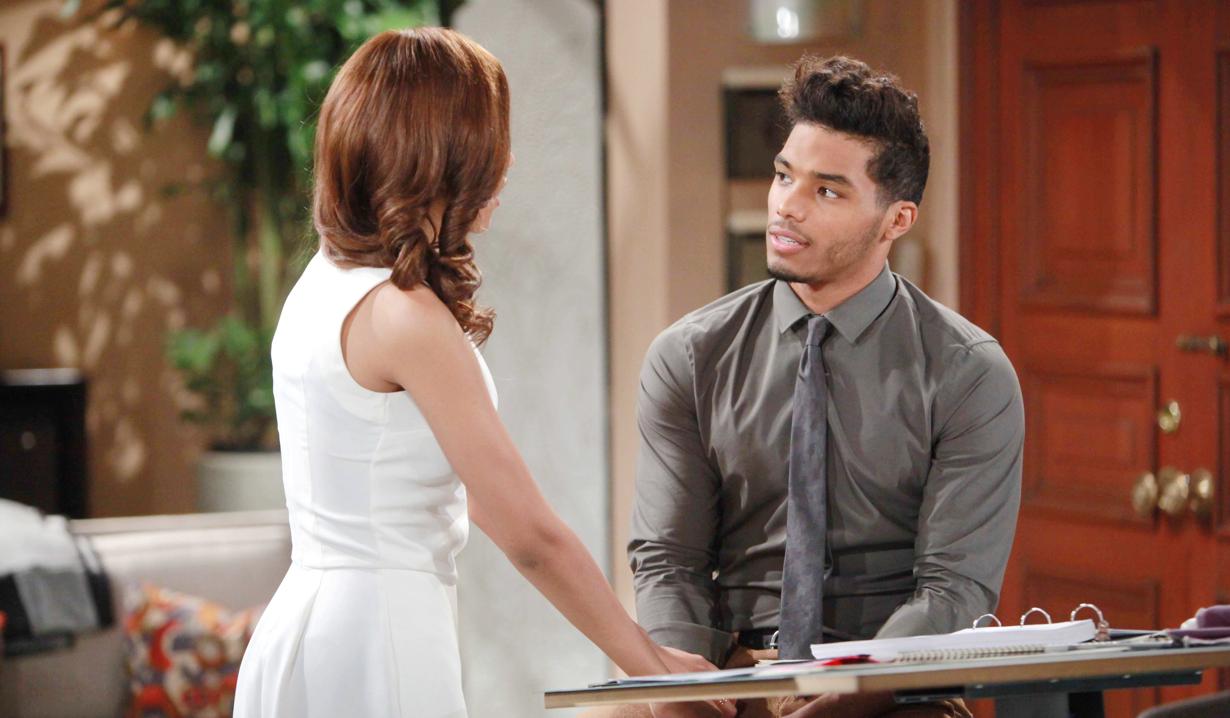 At Liam’s place, Thomas and Liam finish surfing. Liam is curious why Thomas suggested hanging out. Thomas says they were almost brother-in-laws. Talk turns to Wyatt, and why Liam isn’t interfering in his marriage. Liam cites Bill’s commitment to Katie as his example. He muses about marriage being huge and worthy of respect – even a stolen one. Liam repeats this opinion on ‘mis-marriages’ as Thomas prepares to leave.

At Forrester Creations, Bill enters Steffy’s office. Steffy thinks Bill has turned against Liam for the same reason he used to keep Wyatt at arm’s length – he smells of Quinn. She suggests he leave them all alone. Undaunted, Bill confronts her about what she’s thinking of doing, and informs her she’s not allowed to leave Wyatt. He warns her to respect her commitment and not to make things harder on Liam. Once alone, Steffy thinks about Liam. He arrives. She tells him he just missed his father, who was full of stern warnings. Liam maintains her vows were said under false pretenses. He’s trying to respect her marriage, but she’s all he thinks about. Nothing his dad says will change how much he loves her or wants her. Steffy tears up. Elsewhere, Vivienne tells Nicole she agrees that Zende shouldn’t be taking pictures of Sasha in lingerie. Nicole worries that even though she doesn’t trust Sasha, she should trust Zende. Vivienne assures her he will have many other career opportunities that don’t involve Sasha. In the studio, Sasha is upset that Zende is stuck photographing shoes. Zende insists he’s willing to do anything. Sasha helps him with the shoes, and they make footwear-related jokes as he snaps photos. Later, Nicole joins Zende and tells him she feels awful – he must think she’s petty – but she doesn’t trust Sasha. They talk about sacrifices. Zende says Nicole amazes him. Nicole wants him to have everything he wants. Zende would give up much more for her.

At home in her bedroom, Brooke flashes to making out with Bill in his secret room. She slips into a silk robe and thinks about it some more. She is at her mirror when Bill shows up. Aghast, Brooke tells him to go home to his wife. Bill can only stay married to Katie if he has her. Brooke says he can’t have it both ways. Bill disagrees. “That’s exactly what we’re going to do.” He kisses her. “I love you.” Brooke can’t go through what they did before and isn’t happy. Bill makes a stallion noise. She smiles, but is still opposed. Bill presses his point-of-view and they kiss again.

Brooke and Bill find themselves in an awkward situation. 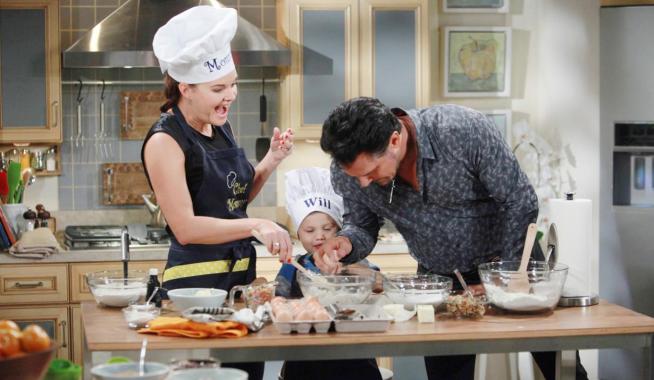 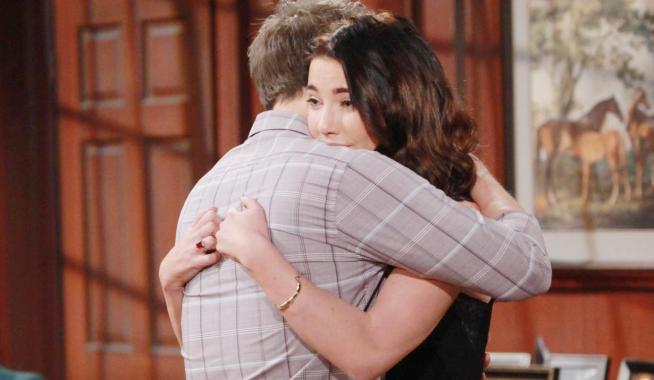