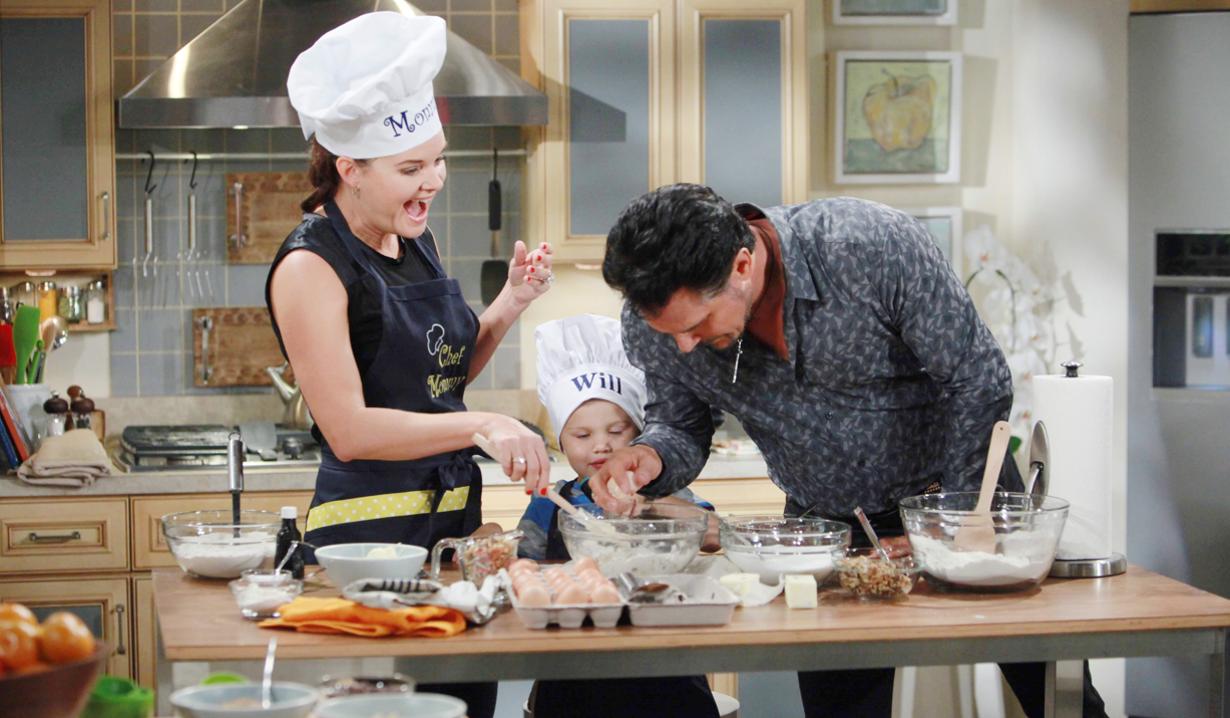 At Spencer Publications, Liam stands in Bill’s secret room with the stallion painting on the wall and wonders, “What the hell?” Alison finds him there and claims Bill has taken a new interest in napping. She notices he is holding Brooke’s earring and tells him it belongs to Katie.

At home, Bill enjoys himself in the kitchen with Katie and Will. He feels his life is settled. Katie agrees – everything he needs is right there. She loves his commitment to family; whatever has gotten into him, she hopes he keeps it up. Bill plans on it. Katie reassures him she’s got things under control and acknowledges not being the wife he needed her to be. Bill thinks personal fulfillment makes things better. He takes a call from Alison, who warns him Liam found his ‘napping’ room and an earring. He hangs up and Katie asks, “What was that about an earring?” as Liam appears. Once alone, Bill touts the healing properties of power naps. Liam wonders if he was alone, why did he find a woman’s earring in the bed? Bill tells him it’s Katie’s, but not to mention it to her or she’ll be embarrassed. Liam reiterates that he won’t run to Steffy because of the example Bill is setting; his integrity as a man.

Soapbox! Deconstructing B&B: A father’s hypocrisy, the high price of insecurities, and a predictably unpredictable outcome

At Forrester Creations, Nicole thanks Zende for turning down Ridge’s offer with a kiss. Zende says he’s already got a new assignment…photographing shoes for the catalog. Zende muses that he couldn’t let Sasha miss out on the lingerie campaign, it was too important an opportunity. Nicole reiterates that she couldn’t trust Sasha and they embrace. In the studio, Sax, a photographer from New York, is introduced to Sasha. Steffy notes they weren’t expecting Zende to drop out. Sasha mutters that he didn’t have much choice. As Sax shoots photos of Sasha, Ridge and Steffy return to his office. Thomas is there and Rick arrives. Ridge makes nice with Rick, and asks him not to leave; it wouldn’t be the same there without him. Rick wonders if he’s on something. Steffy isn’t sure. Ridge would just like him to stick around. Rick agrees and goes to tell Maya. Steffy immediately questions Ridge. “What was that all about?” Thomas suggests she drop it – there’s enough drama in the family. Steffy notes neither of them can stand Rick, and she wants to know what’s going on with both of them. They work to change the subject to her being torn between Wyatt and Liam. Steffy sighs. In the studio, Sasha thinks about Zende while modeling for Sax. Zende arrives in time to see them having fun as they wrap up the shoot. Once alone, Sasha tells Zende he should be the photographer and he knows it. Pam enters with a pile of shoeboxes for Zende. Sasha can’t believe he gave up the lingerie line for footwear. Zende defends Nicole’s position, but Sasha thinks she’s keeping him from his full potential and is a poor match for him. She lets Zende know he shouldn’t commit to that type of relationship and that she still wants him. Meanwhile, Nicole meets with Vivienne in an office. Her mother thinks she’s very smart not to let Sasha prance around in front of Zende in lingerie. Nicole worries about it pushing Zende the wrong way. Vivienne asks, “Back to Sasha?” 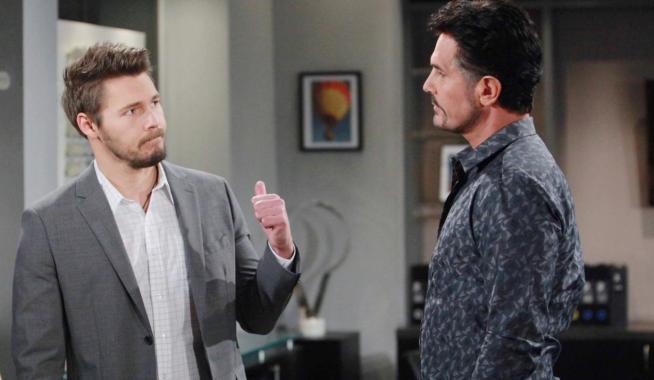 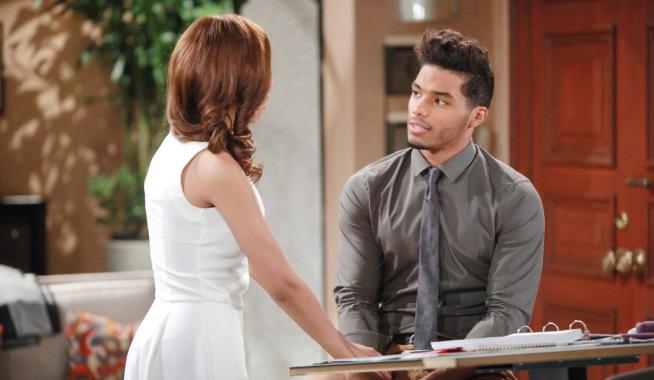