Summary for Wednesday June 8, 2016: Brooke and Bill agree to keep Ridge’s secret, Steffy shares her feelings about Quinn with Wyatt, and Quinn tells Deacon that Liam’s a threat. 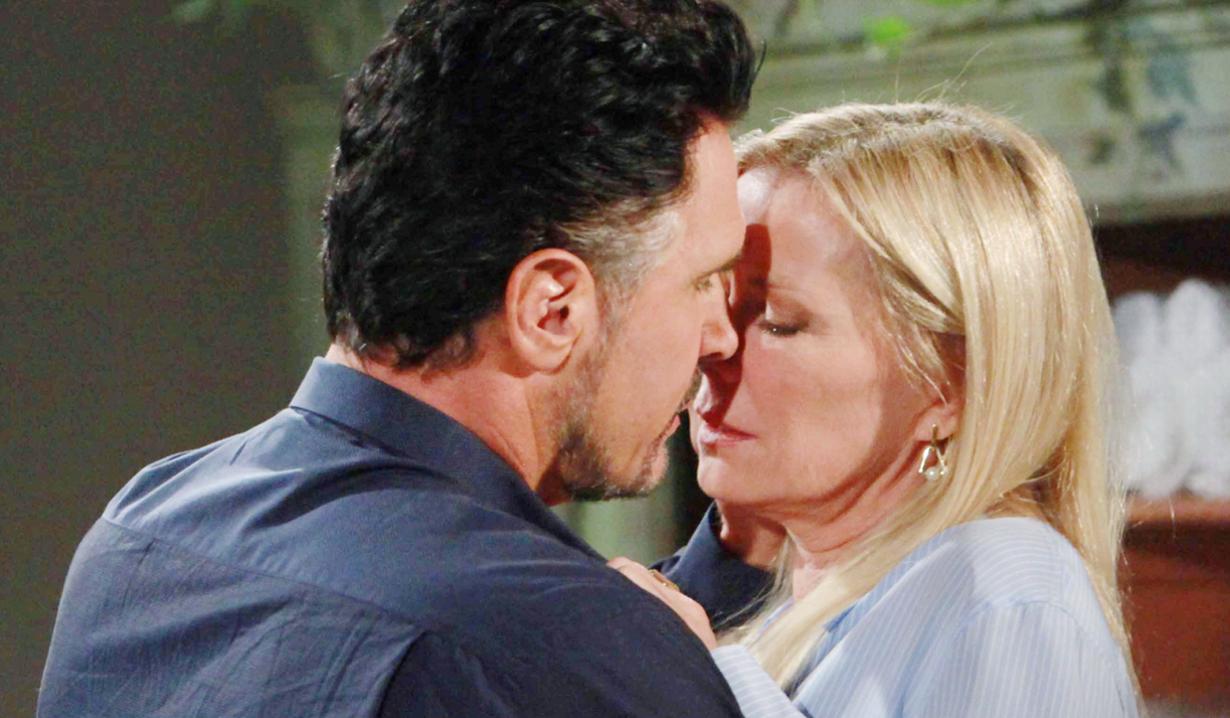 At the Forrester mansion, Ridge wants Bill to respect that he’s protecting his family. Brooke confronts Ridge about telling her he had his vasectomy reversed. Bill informs Ridge he won’t let him bully and manipulate Caroline the way he does everyone else. Caroline appreciates Bill’s concern, but assures him he doesn’t have to worry about her or Douglas. Brooke cautions about secrets. Thomas says it’s not their decision. Bill hollers at Thomas about time he cannot get back. Brooke complains that Rick is about to leave town. Caroline starts yelling that she and Ridge will raise Douglas and Thomas will have a place in his life, but this is none of their business. Bill protests that she doesn’t know what she’s doing. Caroline says, “I do.” Bill grimaces. Brooke tells Ridge he will have to treat Rick better. Ridge agrees, so Brooke says she’ll keep the secret. Bill agrees to keep it too.

At home, Katie has a bottle of booze and struggles with the temptation to take a drink. She removes the cap and breathes it in. She pours a glass. Down at the pool house, Bill has to talk to Brooke before they go up to the main house. He complains Katie is always furious about something – he never knows what he’s walking into, and can’t take it anymore. Bill tells Brooke she was right about one thing – they have to stop pretending. “I love you, Brooke.” He makes a speech about his feelings, but Brooke wants him to stop. Bill pulls her close. He loves her, they should be married, and he can’t take it anymore. They kiss.

Where Are They Now? Gina Rodriguez gives fan her Golden Globes dress for prom

At the beach house, Steffy tells Wyatt his mother is dangerous and belongs in jail. Wyatt’s relieved that she’s not – she’s still his mother. Steffy doesn’t want her anywhere near them. Wyatt protests that she’s still his family. Steffy counters that he made a vow to put her before anyone. She complains Quinn was at Liam’s place trying to win him back – it was sick. Wyatt insists Quinn knows now that it’s done. Steffy says her even showing up there proves she’s nuts. Wyatt questions Steffy going to see Liam. He knows she’s worried about him and assures her she’s not alone in this; they’ll both be there for him.

At the hotel, Deacon asks Quinn how Liam is. He grouses about this whole love affair that took place in her head. Quinn complains that Steffy showed up. Quinn tells Deacon that Steffy is furious and even told her she’s not welcome in her son’s life anymore. Deacon feels you can’t really blame Steffy. Quinn notes that there is still an attraction between Liam and Steffy – she won’t let Liam interfere in Wyatt’s marriage. Talk turns back to Steffy coming between Quinn and her son. Quinn says no one does that. Deacon questions her about Liam. Quinn says she did love him, but now she just wants to… Quinn decides to go for a walk, alone. Deacon pleads with her to leave Liam alone. Quinn hisses. “As long as Liam lives and breathes he’s a threat to my son’s marriage.”

At the Malibu house, Liam flashes to warning Steffy not to let Quinn make trouble for her. He looks at photos on his tablet, recalls Quinn showing up at his place, and holds his head. He decides to go to bed, and thinks about returning to Steffy. Outside, someone with a flashlight enters his house.

Liam awakens to a masked intruder. 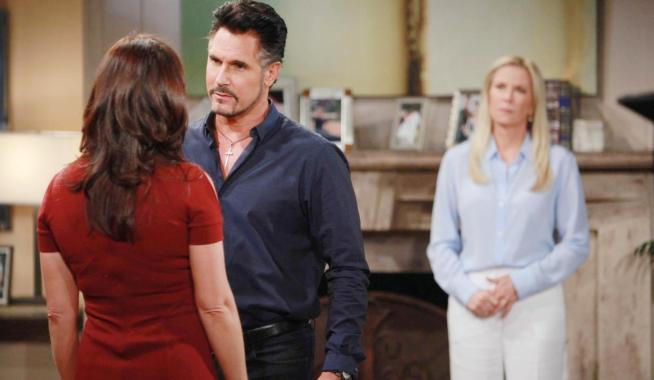 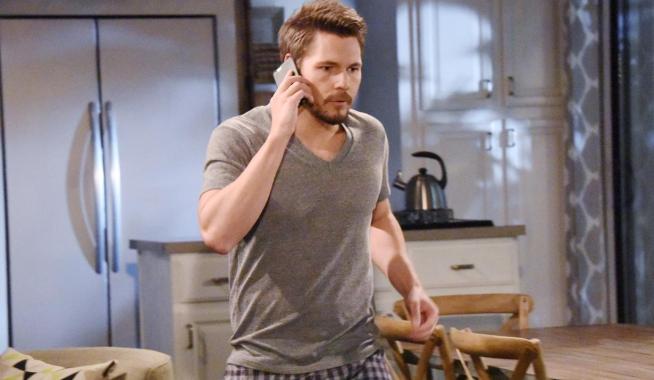