Summary for Tuesday June 7, 2016: Liam makes his position clear to Steffy, Quinn wants a place in Wyatt’s life, and Ridge, Caroline, and Thomas face off with Bill and Brooke. 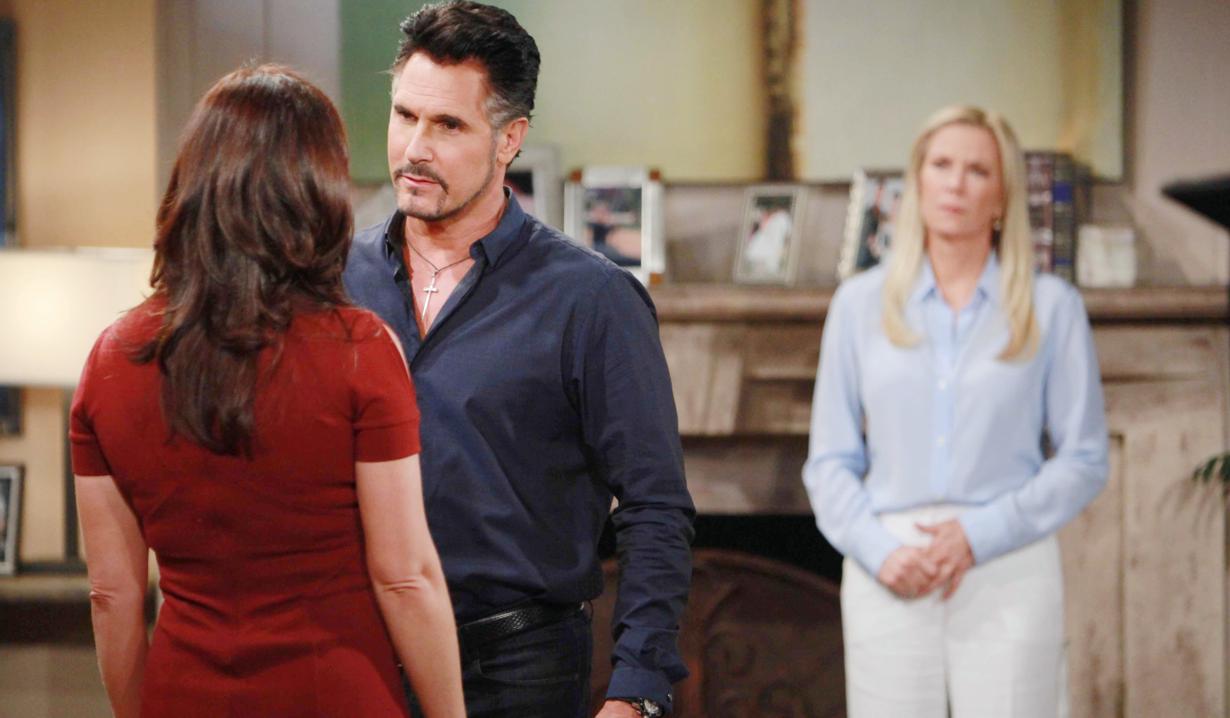 At Bill and Katie’s place, they continue to argue about his betrayal. Katie says clearly Brooke is his priority and not her. She was a fool to ever think it was over between the two of them. Katie starts ranting. Bill feels she’s over-reacting again. Katie scoffs. Brooke tries to intervene but Katie tells her to keep quiet. Bill insists what Ridge is doing to Thomas, Douglas, and Caroline is unthinkable. Katie says Ridge isn’t forcing Caroline to do anything. She wishes she’d just kept her mouth shut! Katie is tired of Bill risking their marriage for Brooke. She tells him to just go – be with Brooke. “Get it over with.” Bill assures Katie he’s not going anywhere. He is sorry he told Brooke, but now needs to head over to Ridge and Caroline’s and deal with it. Katie refuses to join them. Bill isn’t sure about leaving her. Katie sighs. “Just go. I’m fine. I’m always fine.” Once alone, Katie contemplates taking a drink.

At the Forrester mansion, Ridge insists to Thomas and Caroline that they can trust Katie. Thomas worries about Bill finding out. Ridge says there’s no point dealing in hypotheticals. Thomas gets why Ridge wants to keep the secret, but wonders if it’s realistic. Caroline feels the same way. Ridge won’t let anything happen to them. Bill enters, with Brooke behind him. Brooke wants to know if it’s true, and Bill tells Caroline she doesn’t have to do this. He knows Ridge isn’t the father of her baby, Thomas is. Bill confirms Katie told him and now the whole world is going to know. Caroline cries out that she doesn’t want Douglas in a scandal. Ridge respects Bill trying to protect Caroline, but urges him to let it go.

At the Malibu house, Liam tells Steffy he will stop being the nice guy; he’s never going to lose her again. Steffy feels he’s putting her in an impossible spot. Liam intones, “Because you still love me.” Steffy wonders if Quinn got the message. Liam only cares about their future. He respects that she’s not taking her vows seriously, but Quinn stole their future and they deserve to have it back. “I won’t rest until we do.” They are very close. Steffy backs away. She has to go. Liam warns her Quinn will be around Wyatt. “Don’t let her make any trouble for you.” Outside, Steffy seems shaken. Inside, Liam flashes to romantic times with Steffy.

At the beach house, Wyatt is taken off guard by Quinn, who says she will do anything to be part of his life again. They rehash Liam not pressing charges. Quinn admits she just came from seeing him…and realizes there is no future for them. She says Steffy is the love of his life and from what she saw over there, it’s only a matter of time before Steffy turns to Liam again. Wyatt accuses her of trying to stir up trouble. Quinn has a feeling it’s not over between them, like Wyatt thinks. Wyatt is irritated that she wants him to question his wife’s commitment. Talk turns back to Liam as Steffy arrives. “Liam wants nothing to do with you!” Steffy tells her to go – she’s not welcome there. Quinn protests. Steffy orders her out. Outside, Quinn narrows her eyes in anger.

Steffy has something to tell Wyatt concerning their marriage. 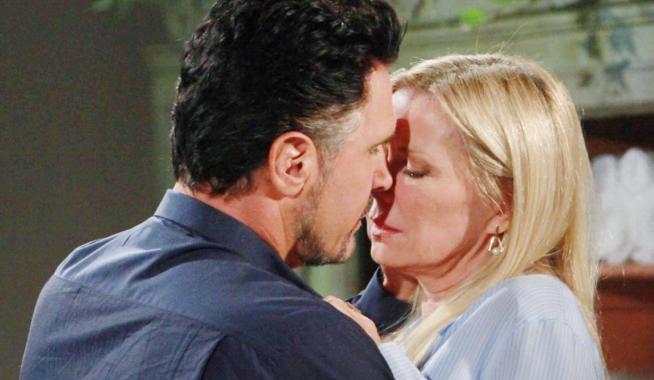