Summary for Friday June 3, 2016: Rick’s news crushes Brooke, Liam is confronted by a lovelorn Quinn, and Steffy vows to keep Quinn away from Liam. 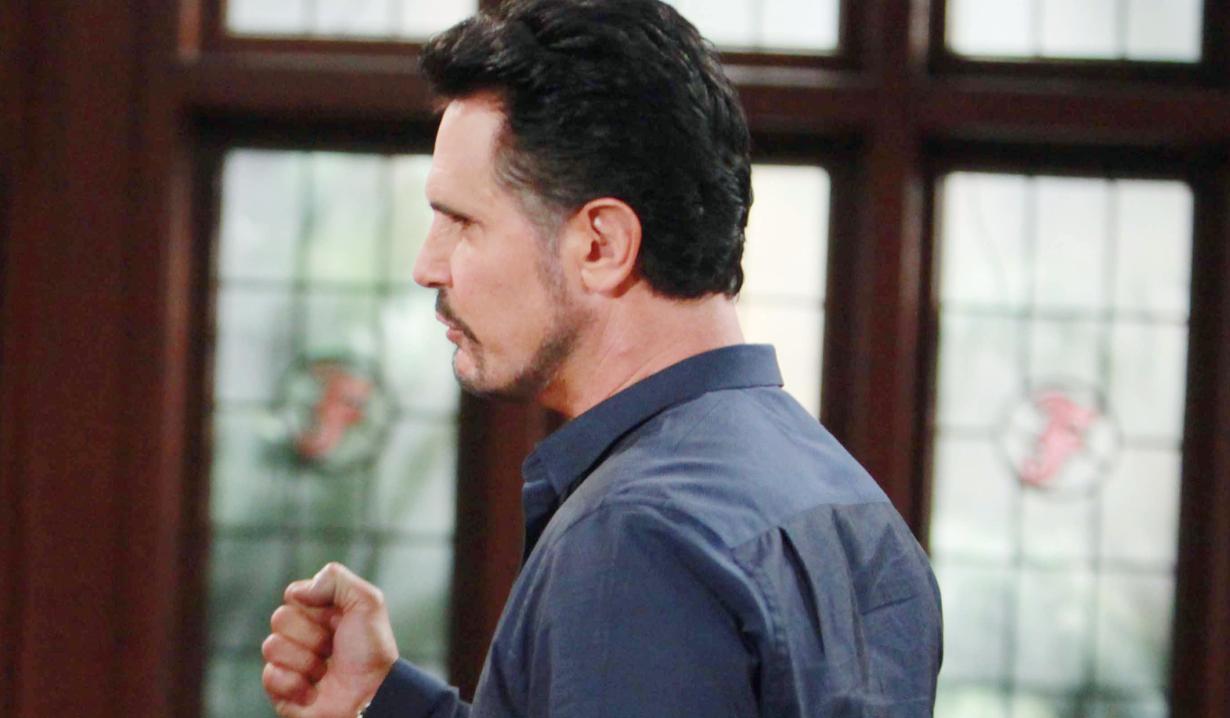 At Forrester Creations, Brooke is aghast when Rick tells her he thinks it’s time for him, Maya, and Lizzie to leave Los Angeles – he can’t put up with Ridge anymore. Brooke does not want them to leave – Bridget and Hope already live far away. Rick reiterates his problem is with Ridge, who marginalizes him. He and Maya will open up their own company where Lizzie will never feel that way. Brooke is crushed that he will take his family away from her. Rick says Ridge has left him no choice. Outside, Caroline and Steffy discuss Liam, and can’t believe Quinn got away with what she did to him. Steffy angrily states that Quinn must stay away from Liam. Caroline understands Steffy still caring about Liam. After, Steffy flashes to running into Liam’s arms on the beach and sighs as she looks at her tattoo ring.

At the Malibu house, Liam looks at photos of him and Steffy and flashes through romantic times. He suddenly leaps off the sofa when someone calls his name. It’s Quinn. She can’t stop thinking about the time they spent together. “Can you?” Liam protests. Quinn feels optimistic that Liam could love her as ‘Adam’ did…maybe even more. Liam scoffs. She held him hostage and he hates her. The only woman he wants is Steffy; it’s always going to be Steffy. Quinn thinks he has feelings for her because he didn’t press charges. Liam goes off. He will never return her feelings and hollers that it is insane for her to come there. Steffy listens at the door as Liam repeats that Steffy is the only woman for him. Quinn reminds him she’s moved on with Wyatt. Liam barks, “Because of you.” He informs her that he will not be giving up on Steffy, who cares for Wyatt, but those feelings don’t compare to what she feels for him. Steffy enters. It’s her turn to unleash on Quinn…

At home, Katie revisits her conversation with Bill from Forrester Creations. She needs him to promise not to reveal Ridge’s secret. She has to hear him say it. Bill can’t believe she wants to keep letting Ridge manipulate two young parents. Katie expects Bill to respect her enough to keep the confidence. Bill mutters, “Fine. I promise.” Later, Brooke arrives looking for Katie, and ends up telling Bill she’s terribly upset because Rick is taking Maya and the baby and moving away…all because of Ridge. Bill realizes it hurts like hell and hugs her. Brooke complains about Eric giving Ridge everything at Rick’s expense. “I don’t want to lose my son.” Bill glances at his wedding photo and takes a deep breath. He tells Brooke he knows something, and if it got out, Rick would never leave. Brooke pleads with Bill to tell her. Bill hesitates and then announces Ridge is not Douglas’ father. Brooke, confused, asks who is. Bill says, “Thomas.”

At the Forrester mansion, Ridge reiterates to Thomas the importance of keeping the secret about Douglas. He and Caroline are married; they’re a family – Thomas can’t give him that. Caroline arrives and Ridge declares that he and Thomas have come to an understanding. Thomas clarifies that this is for now…someday when he has a family of his own they will tell Douglas the truth. Katie arrives. Ridge invited her so she would see the three of them worked things out. Ridge wants to know if he can trust Katie. She smiles. “Sure.”

Caroline begins to crack under the pressure of keeping her secret. 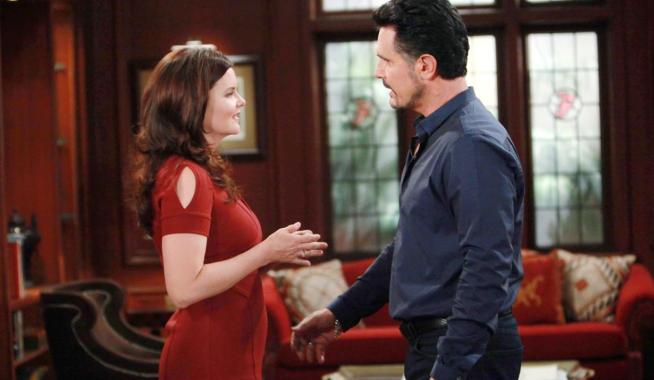 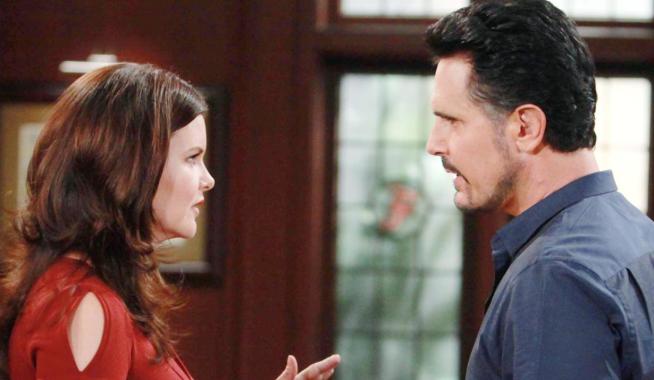