B&B Recap: Zende battles the temptation that keeps coming back

Summary for Friday March 4, 2016: Katie battles with Brooke, Nicole confides in Maya, and Sasha won’t take no for an answer. 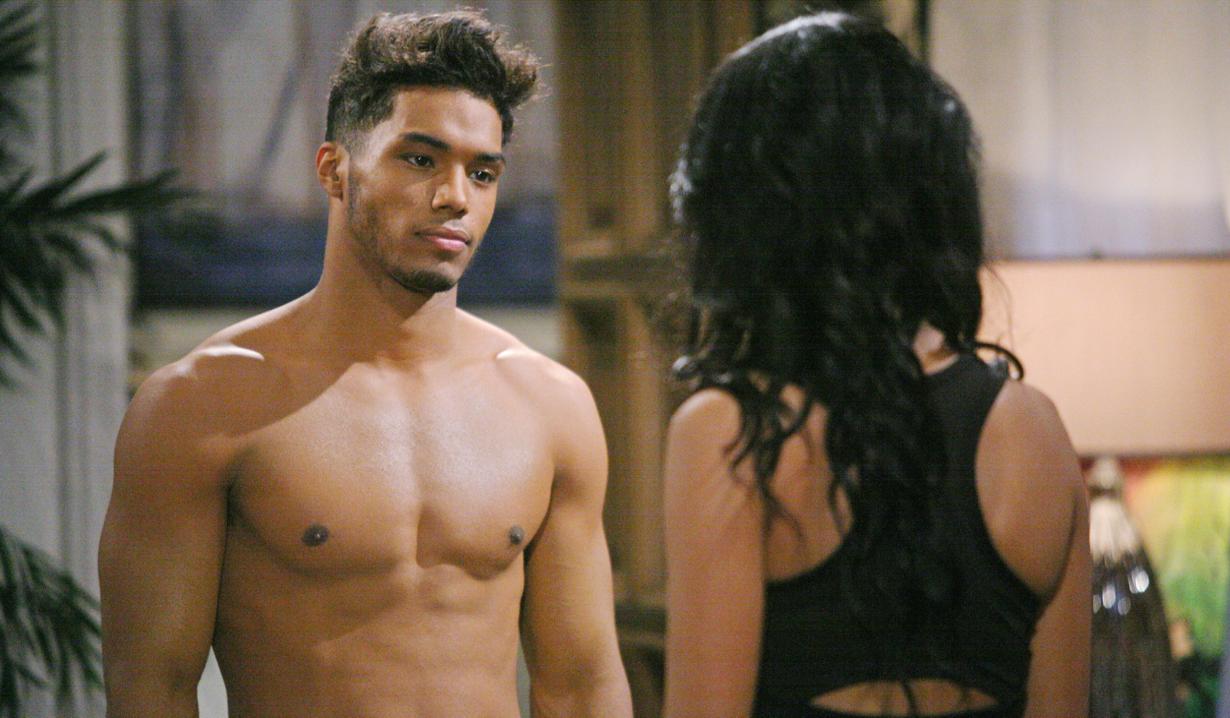 At home, Katie thinks Bill must be tired of her craziness. He doesn’t want to lose her again, like after Will was born. She won’t let that happen. Katie reminds him the depression was hormones, this is about a real external threat. Bill doesn’t think it’s real. Katie says they both know Brooke still wants him. Bill feels she’s creating a crisis. She thinks she’s just saying things he wishes weren’t true. Bill is going to Justin’s and taking Will with him. Katie suspects he’s worried about leaving her alone with Will and drinks more wine.

At Brooke’s place, she and Rick discuss Katie. Rick thinks Bill is to blame – he keeps her feeling insecure. Brooke gets a call from Katie, who wants to see her.

Brooke arrives at Katie’s place. Katie sips wine and remarks on how Brooke is still so beautiful…and still has a way of insulting her without even saying anything. She accuses Brooke of wanting her to seem paranoid – she traps the woman who has the man she wants. Katie drinks and rants about Brooke’s ‘magical’ thinking. Bill won’t be running to Brooke, he’ll be running away from Katie. She vows that will never happen. “I will die first!” Brooke hollers at Katie about the bottle, who smashes it. Katie lashes out about her wanting Bill. Brooke feels entitled to her feelings and says she’s accepted that Bill’s not in her life, why can’t she? Katie collapses in tears. “How can anyone love me?” Brooke embraces her as she vows to get clean and stop doing this. Once alone, Katie drinks from the broken bottom of the bottle.

At Forrester Creations, Maya tells Nicole that maybe life for Zende won’t be easier without her. Nicole wishes that she and Zende had been intimate; she wanted her first time to have been with him, and she wanted him to want that enough to wait. They talk about Zende’s life. Nicole tells Maya he’s a beautiful person, so trusting, and she misses him already.

At the Forrester mansion, Zende tells Sasha, who is sitting on top of him on the bed, “We shouldn’t.” She doesn’t see why not, and tells him he’s good enough for her already. They kiss passionately, but Zende pushes her away. He tells her she’s not being a very good friend to Nicole; this isn’t decent. Sasha thinks he’ll be sorry tomorrow. She storms out. Zende is surprised when she returns. She doesn’t come from nice people, she comes from people who see things as they are, and she can see that he needs her. Sasha asks if he has what they need to be safe and they begin rolling around passionately on the bed.

Things get heated between Ridge and Rick.

B&B Recap: Katie opens up about her...