B&B Recap: Rick makes a huge decision after Eric chooses a side

Summary for Monday February 22, 2016: Katie throws Brooke out, Rick and Ridge argue, and Brooke has visitors. 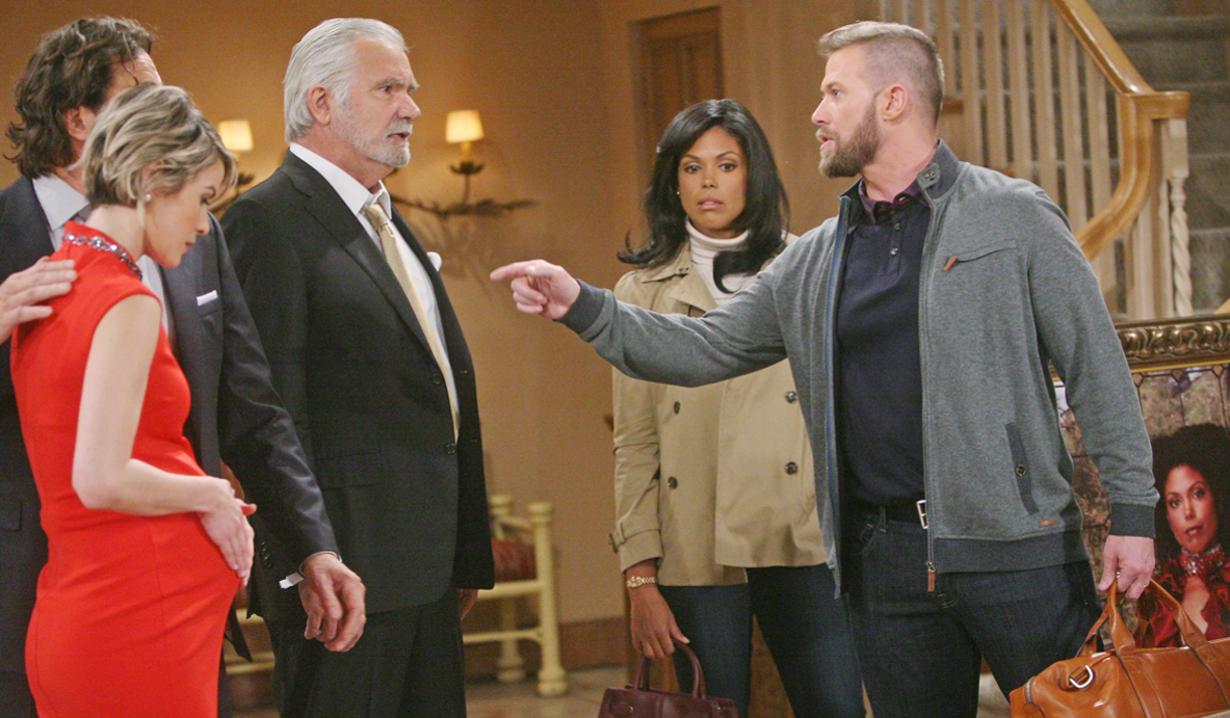 At home, Katie accuses Brooke of wanting her husband. Bill tells her he arranged their meeting, not Brooke. They’re both very concerned about her. “You have a problem.” Katie informs him the only problem they have is Brooke. She’s certain they were whispering and Brooke was coming onto her husband. Bill denies it. Katie insists she doesn’t have a drinking problem and pleads with Bill not to let Brooke do this. Brooke tells Katie she’s there for her, not for Bill. Katie says her biggest problem is that she wants to believe her – she’s trusted her before and that was her mistake. She informs Brooke that she won’t take her husband this time and throws her out. Bill watches as Katie gets a drink. Later, Katie confronts Bill about inviting Brooke over and being alone with her. Bill raises the issue of the drinking problem. Katie’s just trying to cope. She asks if she is enough for him, or does he want her sister? Bill loves Katie and says the alcohol is talking, not her. He wants her back on anti-depressants. Katie flashes to the bad times. Bill won’t let her go back to that place. Katie is afraid – she needs him so much and can’t live without him. Bill holds her.

At the Forrester mansion, Rick wants Maya’s portrait back up. Ridge thinks it’s insulting to Stephanie. Rick wants Eric to support him. Ridge and Rick bicker until Caroline arrives. Rick restates that Maya’s portrait is going back up. Eric says Stephanie’s portrait stays. Rick hollers for Maya. “We’re leaving.” When Rick and Maya arrive in the foyer with their bags, Eric tries to explain that this is the family home. Ridge says it was wrong to take Stephanie’s portrait down in the first place. Rick can’t deal with Ridge running everything. “We’re out of here.” Later, Eric agrees with Ridge that it will be good for Rick to be on his own – he’s been sheltered for too long. Eric will stay in the guesthouse. Ridge suggests he and Caroline move in; partly for Eric, but also to raise their child there. Eric thinks it would be great, and that Stephanie would like it too. That evening, Ridge and Caroline cuddle on the sofa. She reminds him Thomas lives there. Ridge wants to mend the relationship. Caroline tells Ridge about the emergency doctor’s slip up – he revealed the gender. She shares that they’re having a son. They kiss.

At Brooke’s house, Rick tells her he and Maya moved out of Eric’s house. Brooke says they’re welcome to stay there; Nicole too. She enthuses about the baby coming. “Welcome home!” 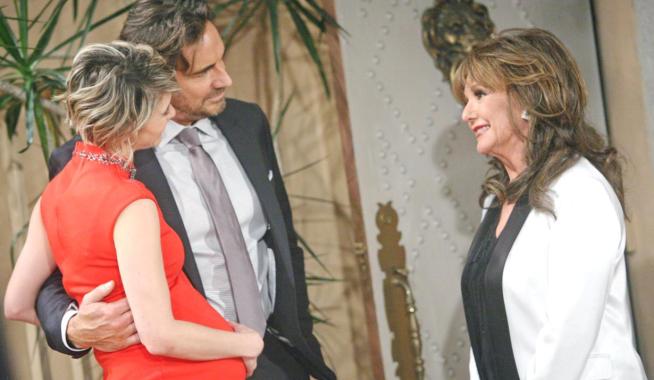 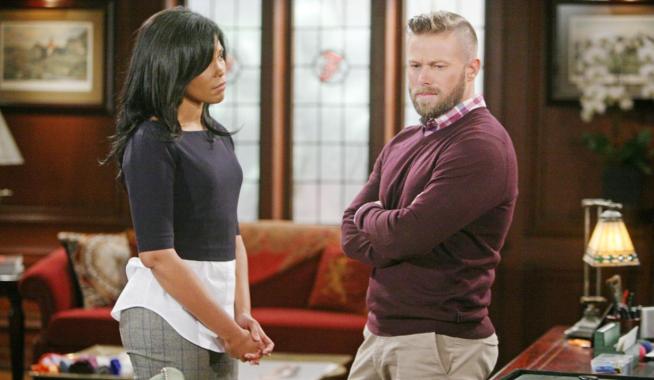