Summary for Friday February 18, 2016: Ridge hosts a cocktail party, Wyatt encounters a volatile Katie, and Bill is angered by accusations. 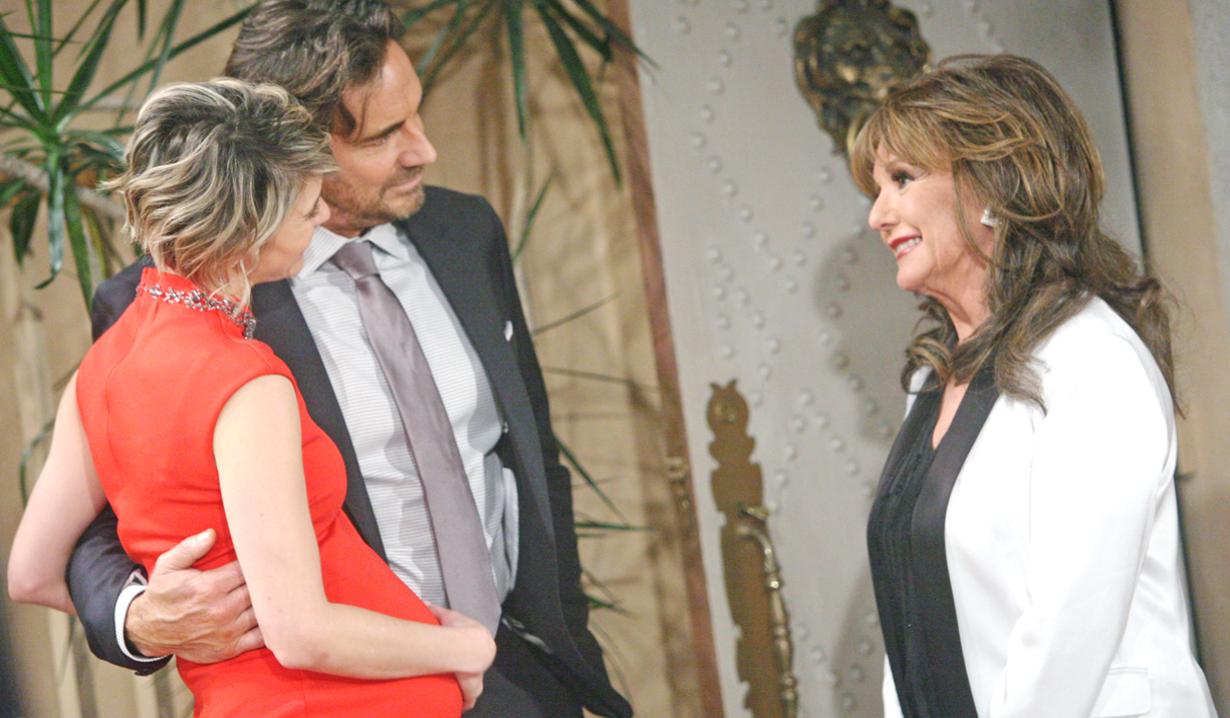 At the Forrester mansion, Rick tells Eric and Ridge he won’t be back in that house until his wife’s portrait is back on the wall. Later, the party gets underway. An old friend of Stephanie and Eric’s, Alice, arrives. She compliments Caroline and joins Eric to remark on Stephanie’s portrait. Alice tells Caroline her other plans for the weekend include a three-hour boat tour. Ridge thanks Alice for coming and tells Stephanie’s portrait, “Good job hosting the party, Mom.” After, Ridge tells Eric that Stephanie belongs in that spot. He says Rick can put Maya’s picture up in his office or bedroom. Ridge misses his mother and feels his sisters don’t visit there because there’s too much Rick in the house.

At Brooke’s place, Maya and Bridget discuss Rick. Maya says her life began when she met him. Rick arrives and tells Maya that Ridge took her picture down. Maya can understand wanting Stephanie’s portrait up for the cocktail party’s older guests. Rick argues that they live there. Bridget agrees with Maya and opines that she likes walking into that house and seeing Stephanie’s portrait on the wall, it’s respectful. Rick is determined Maya’s portrait will go back up.

At Spencer Publications, Wyatt arrives looking for Bill and encounters a surly Katie, who is sipping a drink and tracking Brooke on her phone. She tells Wyatt that Bill’s at home…with her sister. She sniffs that she must have got what she went there for because she’s still there. Wyatt asks if Katie and Bill are having problems. She complains about Brooke, but says she’s not throwing in the towel this time.

At Bill’s house, he tells Brooke about Katie’s newfound drinking problem. He never would have imagined this was a problem he and Katie would have. They speculate about why Katie’s drinking and talk about getting her to a 12-step meeting. Katie arrives and hears Brooke say, “It’s better if I tell her.” Katie emerges. “Tell me what? That you’re having another affair?” Bill accuses her of spying. She points out it’s her home. Bill gets angry at what she’s insinuating. Katie doesn’t trust Brooke and her ‘destiny’. Brooke informs Katie her drinking is out of control. Katie thinks that’s rich coming from Brooke and calls her a slut. She accuses Brooke of waiting for her to die so she can show up on Bill’s doorstep with a casserole, and informs her she’ll be waiting a long time.

Rick and Maya arrive at the Forrester mansion. Maya heads upstairs. Rick wants to put Maya’s portrait back up and looks to Eric for support.

Caroline shares an intimate detail about their baby with Ridge. 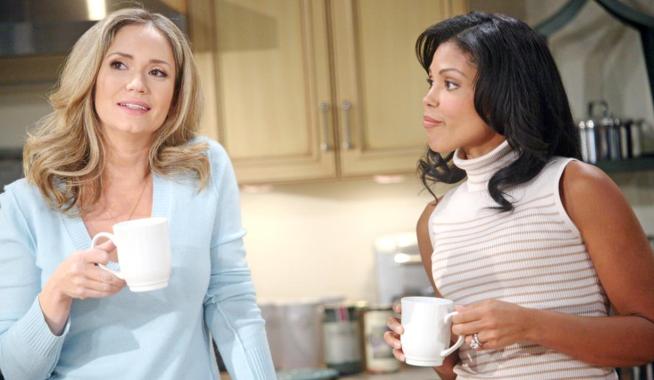 B&B Recap: Rick makes a huge decision after Eric chooses a side 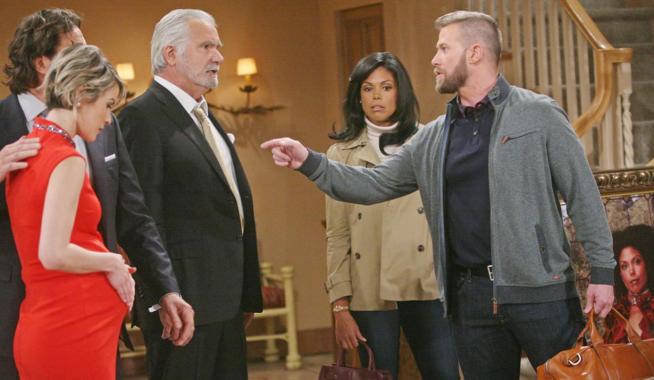