Liam and Ivy discuss his situation, Brooke gets surprising news from Bill, and Hope responds to Wyatt's proposal. 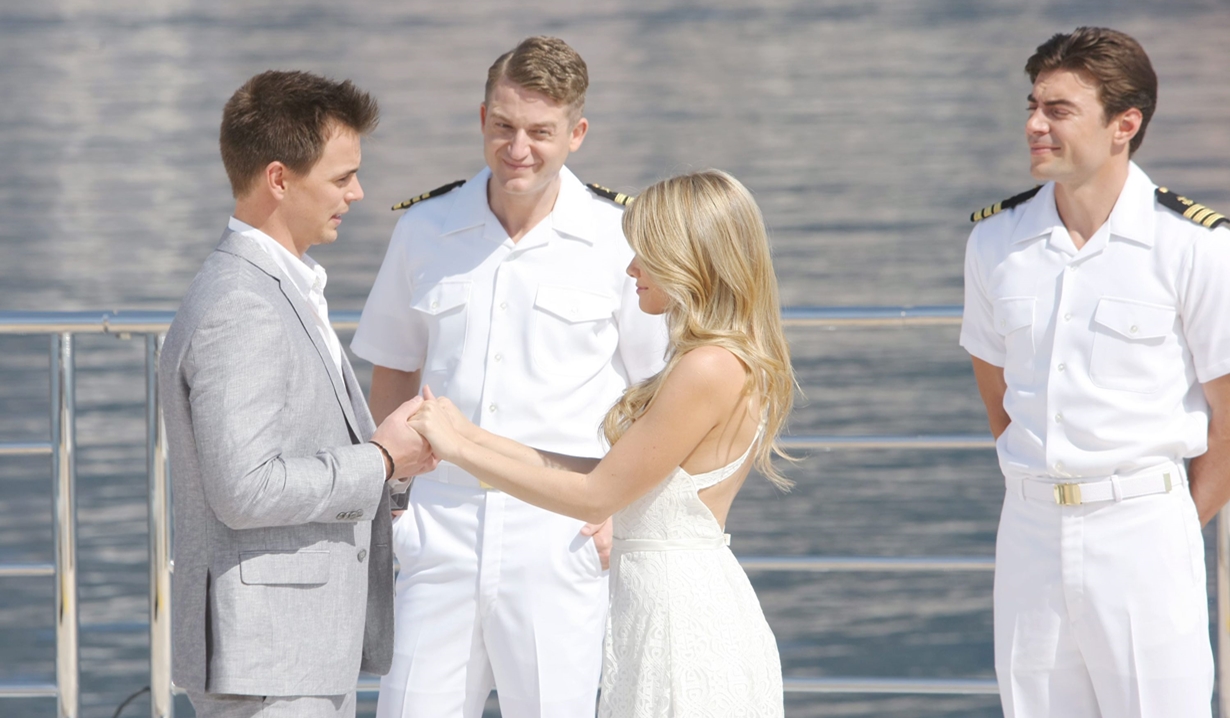 On the yacht in Monte Carlo, Wyatt appeals to Hope to look at what their future could be. He asks her to marry him - the captain can do it right there. "Let's rock 'n' roll, huh?" Wyatt wants a life with her, one with no pain and neuroses involved. Hope tells him, "Yes."

At Spencer, Bill gets a call from the captain of the yacht, who says his son Wyatt requested that he perform his wedding to Miss Logan.

In Brooke's office, Deacon tells her he got a text from Wyatt saying he and Hope are 'moving on'. They speculate about what it could mean. Deacon flirts with Brooke, who wishes Hope would call. Brooke gets a call from Bill, who tells her Wyatt and Hope are getting married on his yacht in Monte Carlo. He notes it will be difficult for Liam, but that's life; there has to be a winner and a loser. Brooke hangs up and tells Deacon. He says Wyatt will treat her well...just like he'll treat Brooke. Brooke sighs. Deacon makes his pitch - it would be great for Hope to see her parents together. Deacon's been dreaming of Brooke for a very long time.

In Ivy's hotel room, Liam goes on about not meeting Hope. Ivy reminds him, "You were there." He replies that Hope doesn't know that. They wonder if Hope is with Wyatt. Ivy feels bad. Liam assures her it's not her fault. He wonders why Hope isn't answering her phone. Ivy urges him to stop fretting; she'll call him back. They decide to go look for Hope, but the phone rings. It's Bill. He tells Liam that Hope is marrying Wyatt on his yacht. Liam puts the phone down, tears up, and tells Ivy.

On the yacht, Wyatt is ready to marry Hope, who appears on the deck in a white gown wearing the diamond around her neck. They gaze at each other and Wyatt kisses her hand. After some gushing about the beautiful surroundings they exchange personal vows. Wyatt says she brings out the best in him and he wants to bring so much joy to her life. Hope talks about how she was so drawn to him; he challenges her and excites her. She loves his approach to life. He asks her to dive in with him. Hope removes the diamond, runs to the bow of the ship, and holds out her hand to Wyatt. Together they take the 'leap of faith' into the water below. They are pronounced husband and wife and kiss.

A death is investigated.

Secrets from Monte Carlo are revealed.

B&B Recap: Come Back To Me.