Good Old Ridge.
That's what I thought when I saw him as unfazed as ever, caught in the middle of Brooke and Taylor arguing, just as he was when I last saw him a year or so ago. I must say I was most impressed by his bold decision to 'unplug' Steffy after her prank! This was a big move for Ridge! Usually he would have to mull things over and be swayed this way and that by the women in his life before making a decision. Mind you, he did end up hugging the daughter who wasn't the victim, but that was okay, because...

Steffy.
Although not familiar with her character, it didn't take long to get a read on her. She's one of the best kind of characters because some love her, some love to hate her, but the bottom line is that she's complex. Forthright and confident, yet operating from a place of pain and vulnerability. The actress who plays her is doing a great job with the part. She's interesting...

Hope.
The opposite side of the coin to Steffy. It's an interesting twist on the Forrester/Logan family dynamic to essentially have the daughters be different from the mothers, and still be rivals. I like Hope, but I'll like her much more if she actually does stand up to Steffy at every turn - because that will make things entertaining. Some viewers have sides between Steffy and Hope, but as I get to know them, I suspect I will find qualities to relate to in each of them. Good stuff! Vote in the Next Generation at Forrester Snap Poll!

Oliver.
A real cutie, but I tend to agree with those who think he should lose the Justin Bieber hairstyle. Anyway, he is about to go on the ride of his life with these young women - and not in a good way! Hang on!

Justin, Bill, and Agnes.
I haven't see these characters in action yet, so feel free to use the comment section to fill me in on what they're all about!

That's all I can reflect on for this week. Please share your opinion about the happenings this week in the comment section - I look forward to reading them! If you missed any of the week's events, check out our sister site Soap Opera Fan Blog's B&B Weekly Summaries. 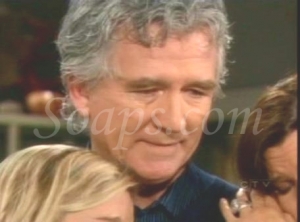 Hey everyone! I’m thrilled to be back on The Bold and the Beautiful beat! I have only watched the show sporadically for the past year, so I’m just getting my ‘legs’ back, so to speak. Funny how a lot has changed, yet at the same time, it feels like nothing has; Donna and Stephanie both want Eric, Brooke and Taylor are on opposing sides of an issue, there is still a battle for Forrester going on in someone’s mind, etc. Anyway, here are my notes:

Baby Drama!
Well, my re-introduction to B&B began with Bridget’s baby drama. Of course, I realized from the word ‘go’ that this is a secret that can never be kept – too many people can smell the stress in the air! Those who have a stake in the outcome of this mess are sure to get involved. My take is that Bridget should have gone with her first instinct and told the truth – before it’s told for her! Read Soaps.com’s chat with Ashley Jones!

Whip It!
I remember Whip from when he was married to Brooke. Won’t the writers give Taylor someone to marry besides men who have been wed to her nemesis? L.A. is a big place! Anyway, from what I’ve seen of him this week, he seems very reasonable. He gave amusing, but good advice to Oliver, and also to Taylor about her daughter, but I had to wonder if he was trying to get himself kicked out of bed when he asked Taylor if she thought psychiatrists have trouble seeing a problem in their own family! Yeeouch!

Non-stick Pam.
I can’t believe Pam is still around after all the things she’s done – and still pulling dirty tricks on people! Pam is a hoot, there’s no question, and she’s a great sidekick to Steffy! Are any of you weary of her shenanigans after all this time? Let me know what you think using the comment section!

Stephen’s Speech!
Wow, I didn’t know what to make of Stephen’s impassioned speech about getting Stephanie and protecting his girls. The man missed his calling in politics, that’s for sure! Of course, we all know that for all his honorable intentions this speech can only mean one thing – he is soon going to make the situation far worse than it already is!

Vote in Soaps.com's Fourth Annual Sudzies for The Bold and the Beautiful!

The Bold and the Beautiful Saturday Teaser Poll: Someone Gets a Gift!