Ashley Jones Talks The Bold and the Beautiful with Soaps.com

Soaps.com: Considering Nick hasn't always been faithful or honest with Bridget, will he be able to forgive her for her indiscretion?

Ashley Jones: It's not in Bridget's nature to think that way, in my opinion. Bridget is just praying his love will see beyond her mistake. But, how great would it be if she honestly just told him to buck up because she just evened out the playing field?

Soaps.com: Owen and Bridget had a fun flirtation before and seem to want the same things, but Nick is her husband. Who should the father turn out to be?

Ashley Jones: It's Daytime, anything is possible. We all know now that Owen is the father, too. As far as Bridget is concerned, she isn't thinking about romance or ever leaving Nick. That would have to happen organically over time. But, you are correct, Owen does want a family and kids.

Soaps.com: Is there anything you can tease about what's to come?

Ashley Jones: We all pay a price for our actions.

Soaps.com: You've appeared in a few Primetime TV shows lately, any other projects outside of Daytime coming up?

Ashley Jones: Yeah, I just wrapped a great role in a pilot for NBC called The Rockford Files. Ring a bell?

Who should Bridget be with?customer surveys 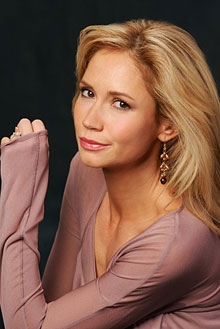 Bridget has been going through quite a bit of turmoil on The Bold and the Beautiful lately, as she cheated on her husband Nick (Jack Wagner) with Owen (Brandon Beemer) and found out she’s pregnant.

Soaps.com had the opportunity to talk with Bridget’s portrayer Ashley Jones about what exactly is going on with her alter ego.

Soaps.com: Do you feel it was out of character for Bridget to cheat on her husband, or do you understand where she was coming from?

Ashley Jones: When Bridget slept with Owen, she was broken, lost and fragile. This is no excuse, mind you, but she wasn’t trying to hurt Nick. And keeping this a secret from Nick is painful and wrong. Bridget knows this. She’s trying to right a wrong due to Jackie’s (Lesley Anne Down) insistence, but we all know how that type of thinking ends up. I tip my hat to the writers with this story. It’s great soap.

Soaps.com: Bridget is usually the one to be betrayed. What is it like for Bridget to be straying instead of Nick this time around?

Ashley Jones: Yes! The other side of the coin. Isn’t it horribly juicy?!  We all find out Bridget’s human and flawed and she is her mother’s daughter to an extent. As an actor, it makes her more challenging and interesting to play. But, I also must say, she is good hearted. Bridget’s morals haven’t changed. And that is why it’s so difficult for her. She is going against her natural grain.

The Bold and the Beautiful Video Promo: A Warning!

The Bold and the Beautiful Video Promo: Stephanie Will Pay!