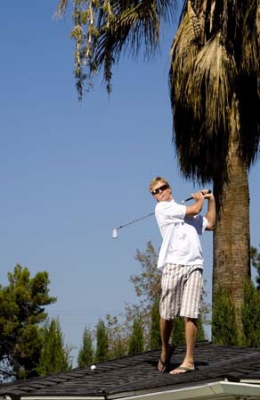 Playing for a cause.

Wagner lost his father in 1990 to multiple myeloma. His brother Dennis was diagnosed in 1999 with leukemia. His brother has been through multiple relapses and endured countless chemotherapy treatments. Says Wagner, “Let Dennis be an example to us all that our efforts truly make a difference. He is still with us, but we must still push for a cure.”

Wagner has been named the number one celebrity golfer by Golf Digest. He’s using his talents to raise awareness and money to find a cure for these diseases. Fundraisers hope to raise over 1 million dollars at this event.

All proceeds will go directly to The Leukemia & Lymphoma Society.

Will you donate to Jack Wagner's cause?online survey

Feel free to share your comments about Jack’s charity below.