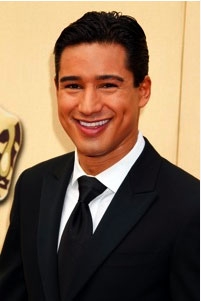 Mario Lopez and his girlfriend, Courtney Mazza, welcomed a little girl into the world on September 11! She weighed 6 lbs., 4 ounces, and the couple has named her Gia Francesca Lopez.

Soaps.com congratulates Mario and Courtney! Check the Soaps.com News Room for other articles! Feel free to follow Soaps.com on Twitter @soapoperafan, and “like us” on Soaps.com’s Official Facebook Page. Join us and tell all your friends!

Mario Lopez (ex-Christian, B&B) is going to be a dad.

He recently announced that he and his girlfriend, actress Courtney Mazza, are expecting their first baby in the fall.

Lopez met Mazza while starring on Broadway in “A Chorus Line” in 2008, but the couple didn’t start dating until 2009.

Mario is currently the host of TV’s “Extra,” as well as MTV’s America’s Best Dance Crew.

Soaps.com congratulates the couple on their exciting news.

The Bold And The Beautiful Video Promo: A Salesman!