So now we're left with, what? Sandy falling in love with Nick, while Bridget is forced to try and prevent the past from repeating itself? I'm not pleased with that at all. I like that Bridget is getting feisty with Sandy and Nick for them keeping secrets from her, but I don't want to watch Nick stray again. Hopefully that is not where this will go, although, Sandy glaring at Bridget and Nick hugging through her hospital window has me worried she will pursue him. As did her confessing her feelings for him to Whip, leading me to worry she's going to turn into a crazy stalker. Nabbing her rapist has already turned her into a different character, which, don't get me wrong, I'm with Bridget and want her to stop crying, but I also don't want her to turn into Claudia Zacchara (the hardened character Sarah Brown played on GH), which I saw glimmers of on Friday's episode.

It struck me this week, as several characters had the same conversation for days, that the show could really utilize more of the cast and/or have them interact with each other more if they cut down on all the repetitive dialogue. Sometimes a whole week goes by with the same people having the same conversation. Instead, why not have the conversation just once, allowing time for more characters to be featured, or different conversations to take place. By doing this, Nick might have had enough time to emotionally react to his former step-daughter, Hope, who he once had a tight bond with, almost getting raped.

The only other thing that really stood out for me this week is a very minor thing, but Whip using the hand sanitizer at the hospital was a nice, realistic touch.

That's it for me this week. What did you think? Were you disappointed how the Graham story wrapped up, or did you like it? What do you think will happen with Sandy? Feel free to share your thoughts below and visit our B&B News Room to see what breaking stories happened this week. 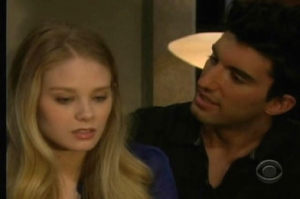 This week centered on Sandy finding out who raped her, as he was about to do the same thing to Hope, which led to Bridget finally learning the truth about her surrogate.

While I’m happy that mystery has been wrapped up, mostly so we don’t have to listen to Nick and Sandy repeat the same dialogue every day, I could not be more disappointed her rapist turned out to be Graham. First of all, it was way too obvious to make him the culprit. Since it was painfully obvious from the start, why the mystery? The only thing they didn’t do to make us suspect him was a put a “I am a rapist” sign on his forehead. Secondly, Justin Baldoni, who portrayed Graham, is very attractive, a good actor and had chemistry with several characters on the canvas. I was really hoping we might see something develop between him and Steffy, but alas, he’s already gone. Which leads me to my third point of contention, which is his last episode was apparently on the rooftop getting hauled away by Lt. Baker. So, basically there’s no follow up to this story. Are you kidding me? We were introduced to him one minute, he almost raped Hope the next, and then was arrested, never to be seen again. Weak. 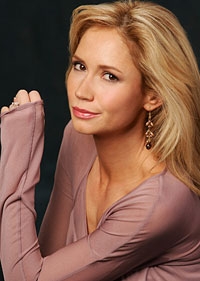 The Bold and the Beautiful's Ashley Jones: Inventor

The Bold and the Beautiful Saturday Teaser Poll: Who Catches Bill and Steffy? 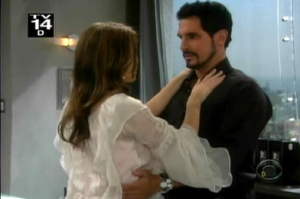