Bold & Beautiful Has at the Ready a Story That’s Taylor-Made to Shock — But Will the Show Dare Tell It? 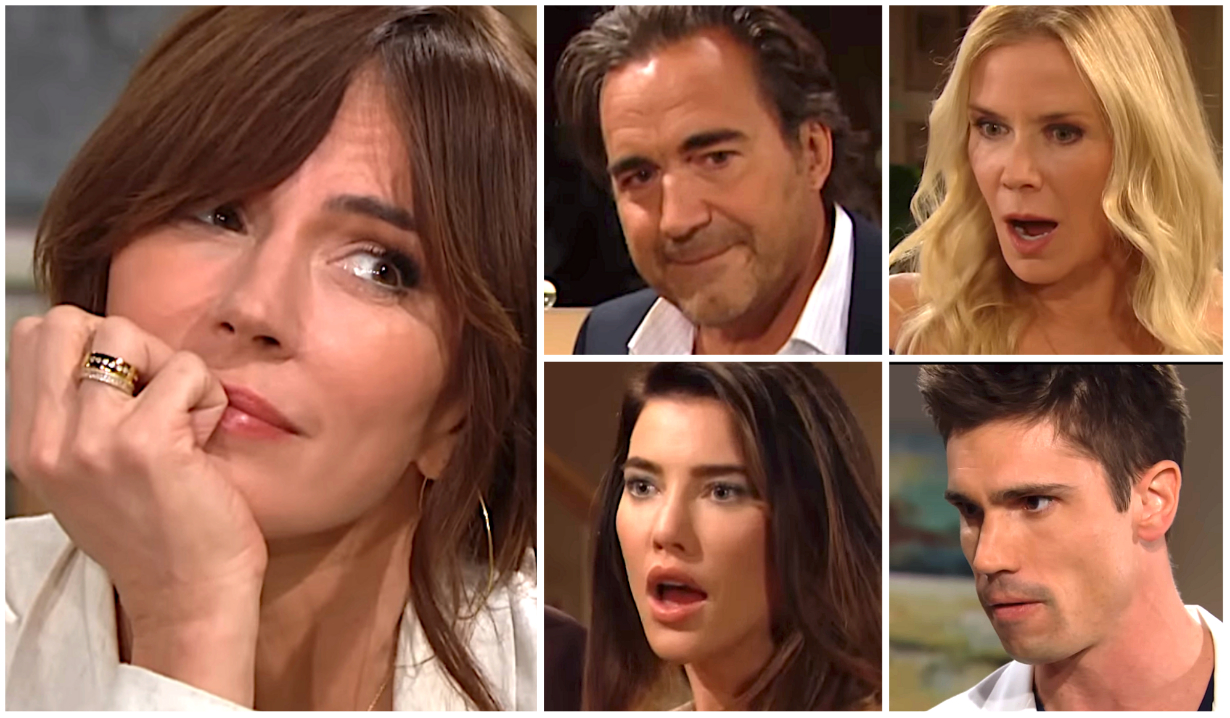 The world-renowned psychiatrist and onetime princess of Morocco may soon find love in the unlikeliest of places. 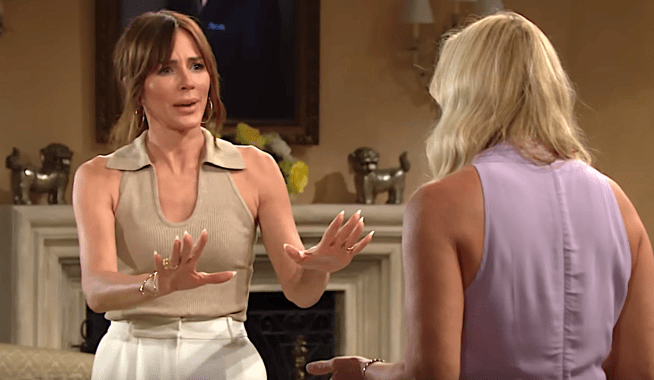 After this fall’s wedding debacle, viewers of The Bold and the Beautiful would certainly understand if Taylor wanted to star for a while in her own one-woman show, The Bitter and the Jaded. But out of her heartbreak and humiliation could come something amazing — and altogether unexpected. Picture it…

In the wake of her disappointment, Taylor takes to drowning her sorrows at Il Giardino, where she joins the pity party that’s already underway. The guests? Just one — Finn’s father, Jack. When he remarks that he’s surprised either of them is getting their drink on at the very restaurant where both of their children were nearly murdered, she cracks that habits, especially the bad ones, are her specialty. “I always run back to what’s familiar,” she says, “even if it makes no damn sense.”

Intuiting that his drinking buddy is talking about Ridge as much as Il Giardino, Jack asks if that’s her plan, to reunite with her ex the next chance that she gets. “OK,” she says, signaling for the bartender to pour out another round, “so I only almost always run back to what’s familiar. Ridge and I are done. Doner than done. Doner than whatever comes after ‘doner.'”

“Does anything come after ‘doner’?” Jack playfully asks. 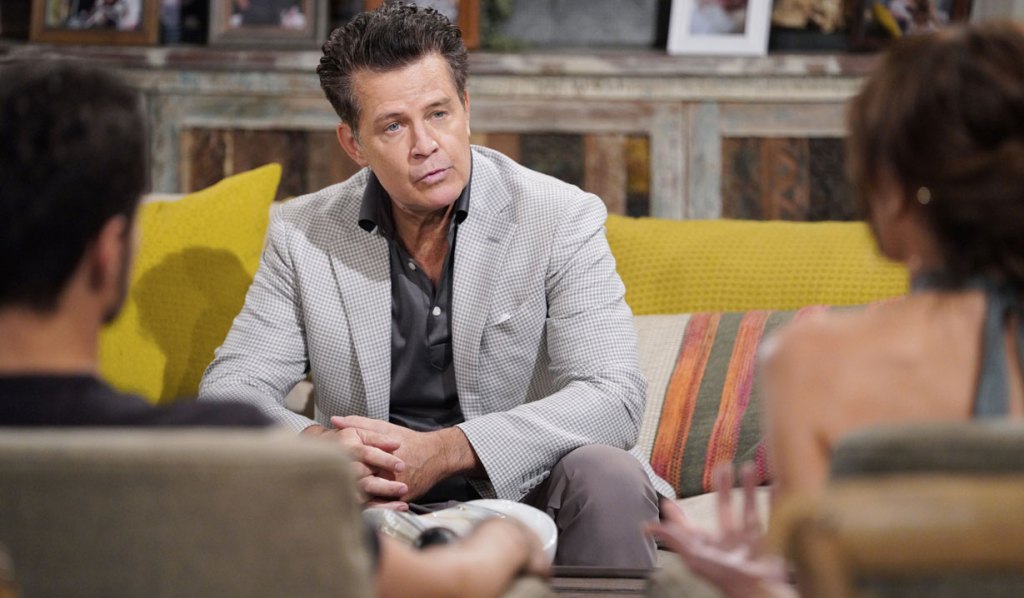 Henceforth, Taylor tells Jack, she’s only interested in hooking up, not settling down. In fact, she doesn’t even want to meet a nice guy, she wants to meet someone who’s basically garbage. “Come to think of it,” she observes, the martinis having switched off her “Do I dare say this?” filter, “you’re trash, aren’t you?”

“That’s what they tell me,” Jack replies more obviously hurt than he wants to appear.

“I just mean you cheated on your wife with that psycho,” Taylor goes on, “and then you adopted your own son and passed him off as—”

“Yeah, I get it,” he says, interrupting her tipsy recounting of his misdeeds. “I’m scum. Is this going someplace?”

“Did you think you were the only game in town, big fella?”

In the nights that follow, Taylor embarks on a no-strings affair with Jack, one in which she reminds him at every turn that she doesn’t like him, doesn’t respect him, doesn’t need him; he’s just handsome and “there.” And, thinking even less of himself than she does, Jack goes along with it.

Of course, as will happen, no matter how much a couple insists that it won’t, feelings arise, feelings that are so big and scary that, rather than address them, Jack tries to break it off with Taylor. “You’d be the first person to tell me I’m no good for you,” he points out, “and I’d be the second. Hell, I’m no good, period.

“And whether you believe it or not,” he adds, “you deserve someone good.”

Taylor wants to stick to her guns. She wants to be done putting her heart on the line, especially for a man who’s at best a fixer-upper. But there is within Jack regret so great that it signifies change; he would not make the mistakes that he did in the past again. He would not hurt the woman he loves now the way that he did Li.

Plus, Taylor’s discovered, Jack gives a mean [bleeping] foot rub. So out of her mouth come the last words that she expects to hear herself say.

“Wait,” she cries, stopping her lover in his tracks. “Don’t you think you were good with me? I do. And you were certainly good to me… even when I was awful to you. Maybe that… I don’t know. Maybe that says something? Maybe that’s good… enough?”

With that, Jack takes Taylor in his arms and kisses her, both of them stunned to feel so confident that somehow two people who have gotten so much wrong in their lives have finally gotten it right.

C’mon, would anyone not like to see Taylor find real love after Ridge? En route to the comments, contemplate couples we were expecting to happen that ultimately didn’t in the below photo gallery. 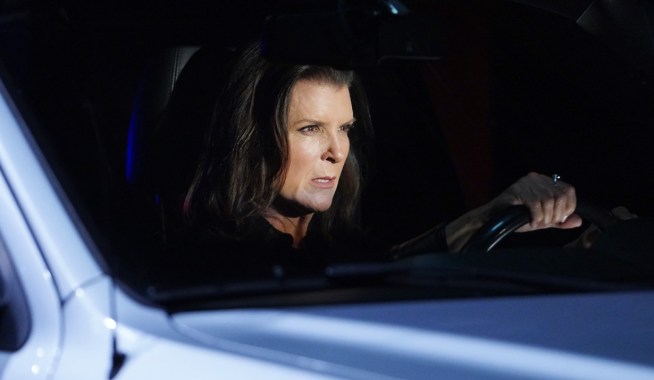 Bold & Beautiful Preview: Everyone Is on Edge as News Spreads That Sheila Is Alive — and the Red Head Puts New Plan in Motion 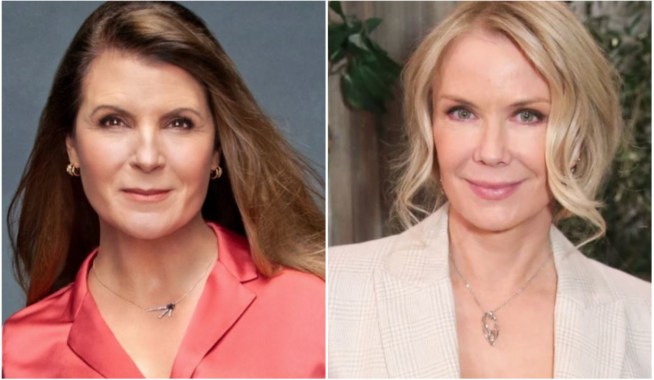