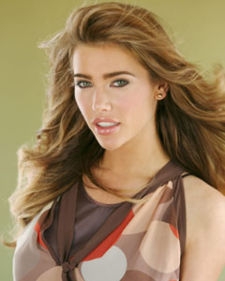 Jacqueline MacInnes Wood (Steffy, B&B) will soon be seen in the TV movie “Turn the Beat Around.”

The film centers on a young dancer who convinces a wealthy financer to open a disco-themed nightclub in Los Angeles, but her boyfriend’s jealousy and nemesis’ schemes threaten to destroy her dream.

The movie, filmed in Toronto and Hamilton features several of Canada’s top dancers.

“Turn the Beat Around” will air on MTV on February 26 at 10:00 PM EST. For fun, find out what the actress told us about her eating habits in Soap Stars Dish with Soaps.com about Eating Out or Dining in!

The Bold and the Beautiful: Vote For...

The Bold and the Beautiful's Sarah...