It’s Official: The Only Sane Person on Bold & Beautiful Is [Spoiler] 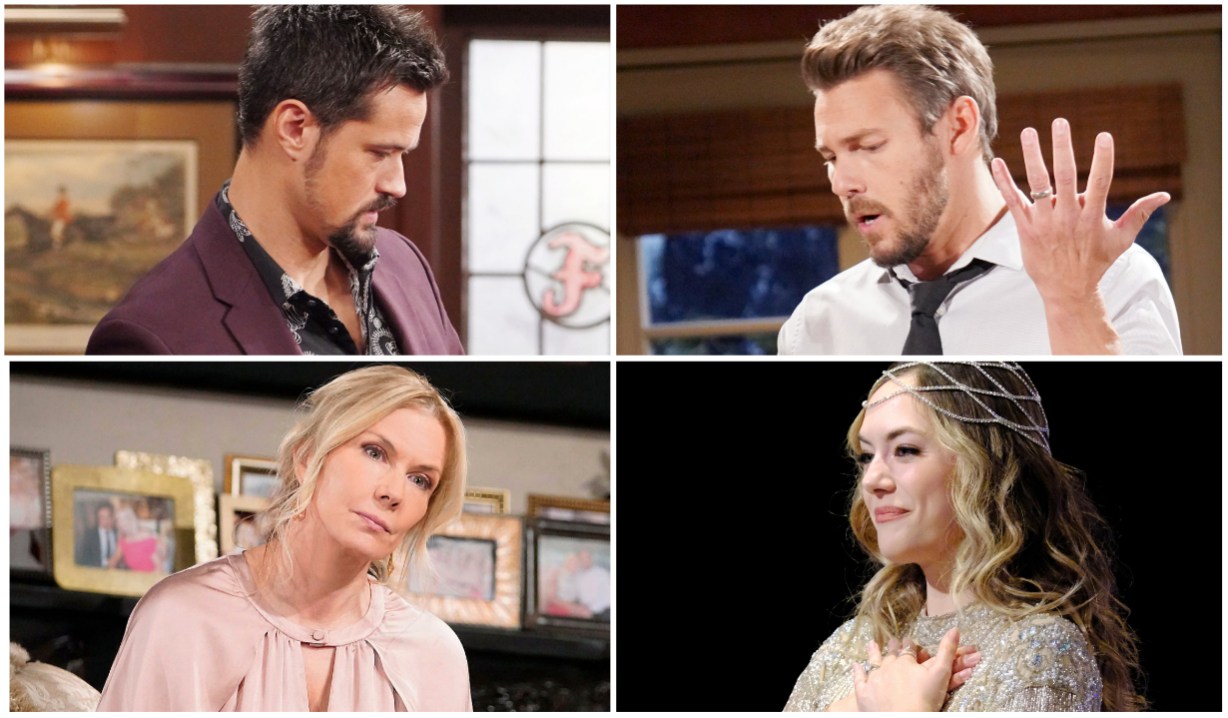 Why is everyone else on the show so… well, dumb?

If you wanted to shake Bold & Beautiful‘s Taylor after the episode airing November 14, you weren’t alone. Rather than telling Ridge that it was far too quick for them to even consider becoming engaged, she leapt into his arms before he could even pop the question she was so eager to answer. 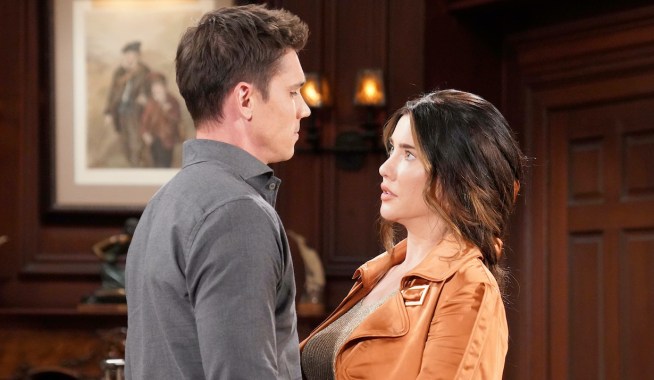 And of course, we definitely wanted to throttle Ridge, who slid a ring on Taylor’s finger on the very same day he’d gotten Brooke to sign annulment papers without even bothering to tell her why he’d decided to erase all evidence of their union.

You may also have been left wanting to smack Thomas for his nefarious ways, especially considering that they will inevitably cause pain to those he loves the most.

In fact, in recent weeks we’ve found ourselves rolling our eyes or shouting obscenities at just about every character on the canvas. Nothing any of them do makes any sense, at least not when compared to, you know, the way actual human beings behave.

There is, however, one character to whom we can always turn when things get a little bit too crazy. A beacon of reason and sanity and morality who actually seems to know right from wrong, and at this point, he might be the only hope the Forrester family has left. 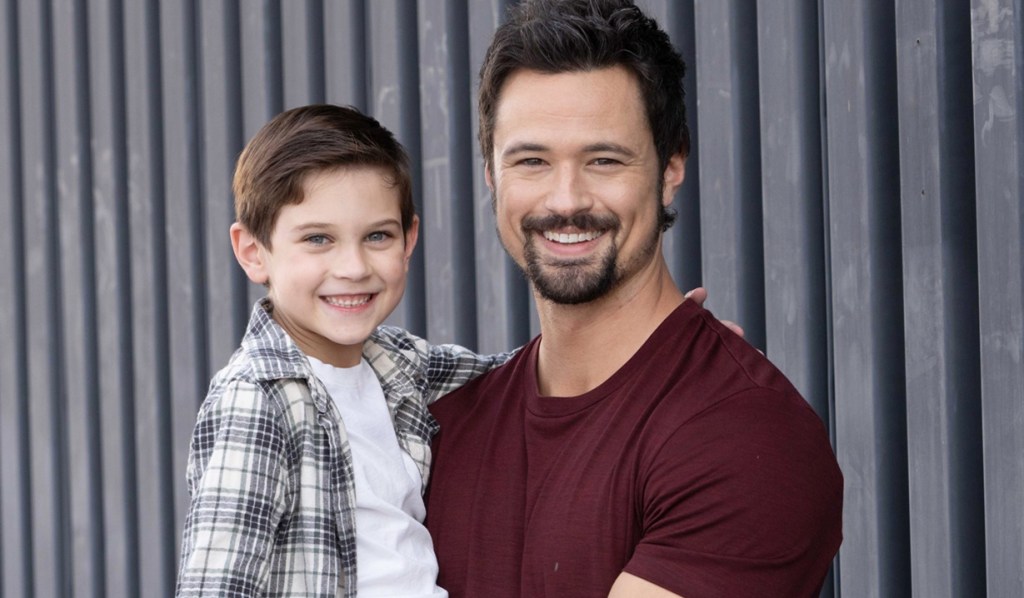 Sorry, Hope, but the fact you’re keeping Liam in the dark about Thomas trying to kiss you despite knowing the designer’s been obsessed with you in the past knocks you out of the running. And Liam, we don’t even have time to get into why you’re not a nominee. (Although if you want to contest our decision, please first review this list of boneheaded moves and downright dumb decisions you’ve made in the past.)

Sure, Douglas can sometimes be a little bit obnoxious, like when he blew Liam off at the fashion show to be with his “real parents”, Hope and Thomas. (It’s worth noting that Liam has been at least as involved in raising the boy as has Hope, and probably way more so than Thomas!) And occasionally he gets a gleam in his eye that makes us think he may have inherited some of his father’s more… let’s go with “mischievous” tendencies. 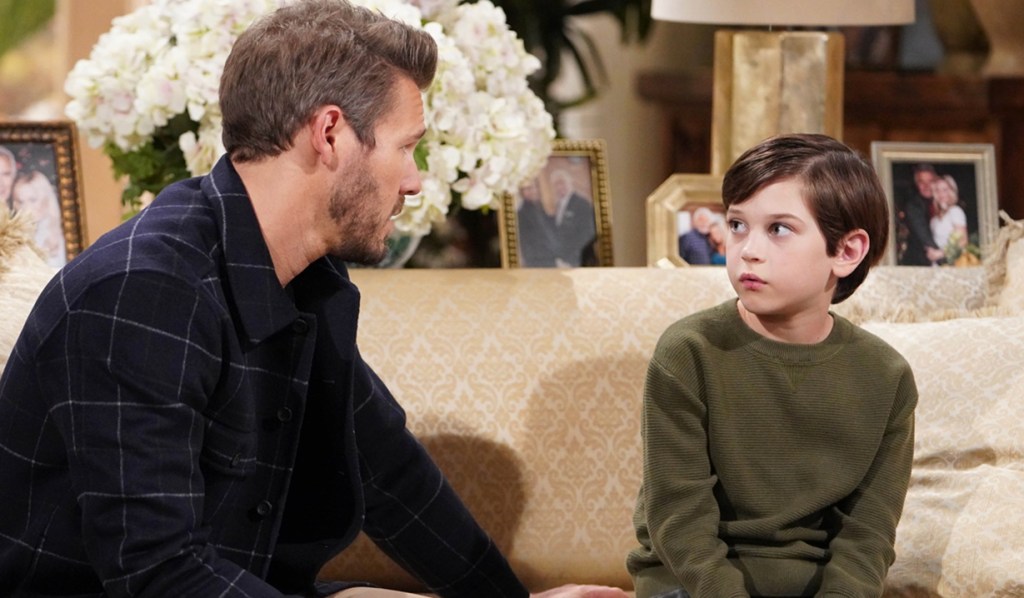 But when Douglas stood up to his dad after finding out that Thomas had framed Brooke, we stood up and cheered. “What you did was wrong, dad,” declared the boy. “Reminds me of when we found out baby Beth was alive, how you kept it from everyone.”

Now we have to point out that the only reason Douglas found the recordings at all is because he was (once again) directly disobeying his dad. But sometimes, you’ve got to break a few eggs to make an omelette, right?

All we need now is for Kelly and Beth to be aged a tiny bit so that the three kids can form a Scooby Gang of their own, sniffing out all the local dirt and revealing it in exchange for some of Pam’s fresh-baked lemon bars.

Brooke’s single at the moment, and we think she should be ready to mingle. Sorry, Ridge, but here’s a slew of guys we think she’d have a great time with! 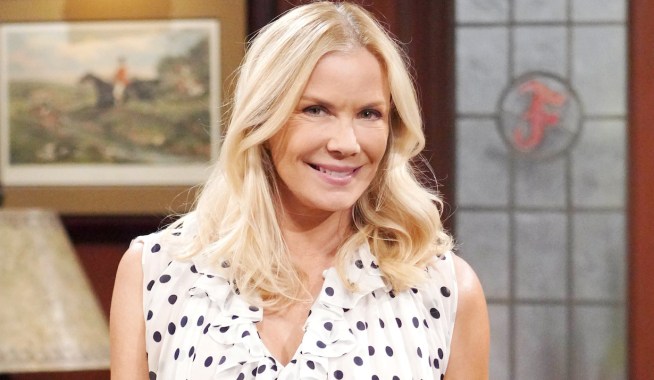 Bold & Beautiful Heartstopper: Brooke's Next Man May Have a Very Familiar — and *Unexpected* — Face 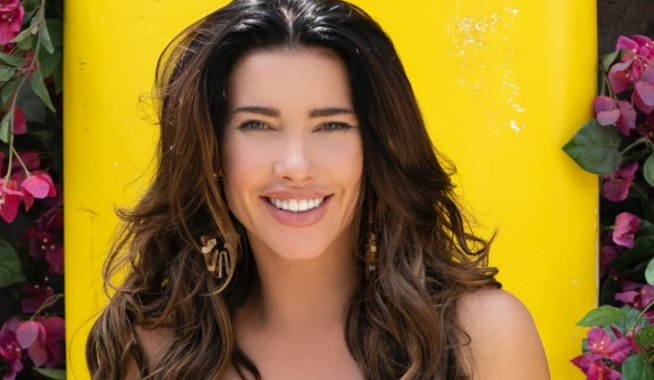