The Bold and the Beautiful: Vote For Patrick Duffy and the Crab. (Updated) 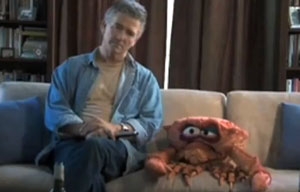 Voting has been extended, which means you have until 11:59 PM PST tonight (January 18) to submit “Patrick Duffy and the Crab” for Best Comedy Web Series in the Streamy Awards. You can vote as many times as you like.

Also, for fans of the quirky series, Shel Krab recently told Soaps.com they are planning on a second season for this fall. We will keep you updated on further details.

If you’re a fan of “Patrick Duffy and the Crab” you can help support it by submitting it for Best Comedy Web Series in the Streamy Awards.

Simply click over the to the submissions page, type in the series name and the URL (www.youtube.com/pdd330) where prompted. You have until this Friday, January 15 to do so.

The Streamy Awards are “the first and most prestigious awards devoted to honoring excellence in web television.” The submission process is free and open to the public, with the winners being chosen by the International Academy of Web Television. Past winners have included Neil Patrick Harris and Joss Whedon, who were on hand at the ceremony last year to accept their awards.

For a refresher on “Patrick Duffy and the Crab” check out the clips in Soaps.com’s B&B News Room.